I'm learning from Paul Scherz's Practical Electronics for Inventors (2nd ed.) and I've become confused at what was I thought I was comfortable with: namely parallel and series resistors. The offending example is: 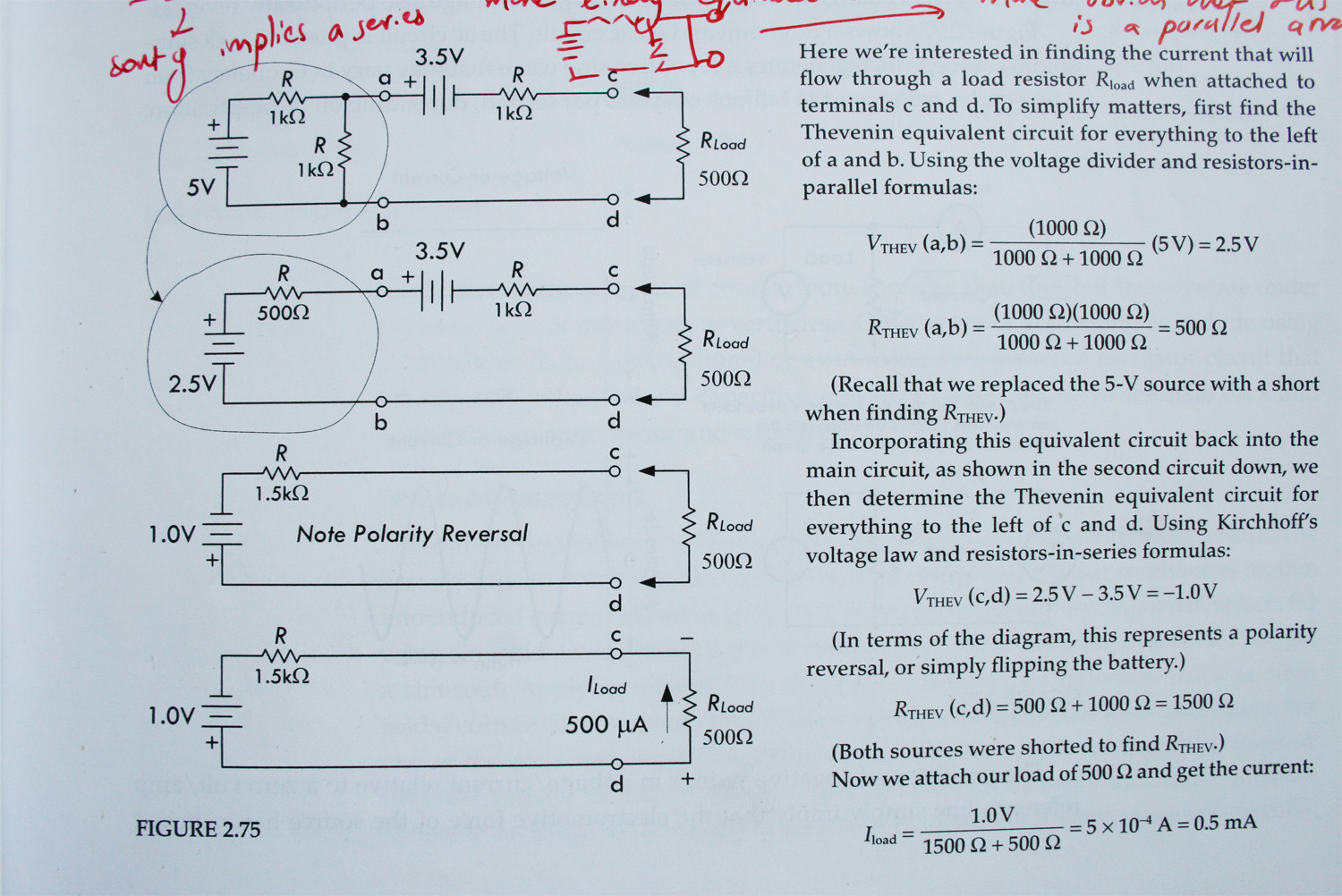 Looking at the uppermost diagram and working out the simple Thévenin equivalent circuit for the circled loop, I don't understand why the total Thévenin resistance is the sum of individual parallel resistors and not series resistors.

My reasoning tells me that since the other half of the circuit has been shorted, then an equivalent current flows through both resistors in this loop i.e. implying a series arrangement. Going further, even if the circuit were complete, these two resistors would still be in series, so I'm confused as to why the Thévenin resistance has been calculated as if this is a parallel arrangement.

The Thevenin equivalent resistance is one that looks to the circuit you want to replace. To find this value, all independent sources must be passivated.

If the 5V supply is passivated in this specific case, the two resistors are connected in parallel, and here the value of the Thevenin equivalent resistance. 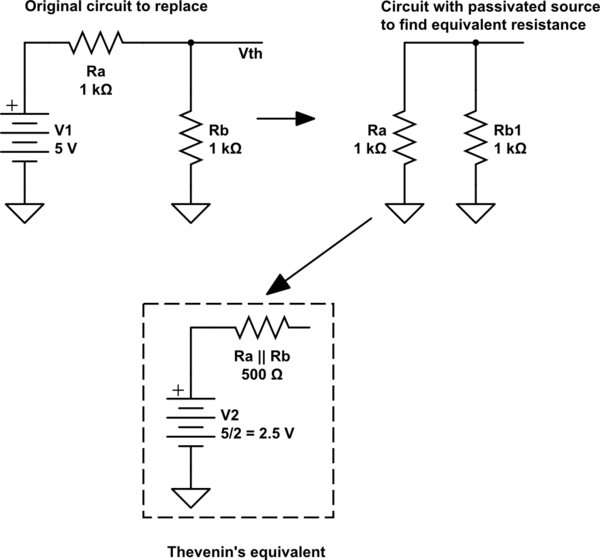 ERRATA: In the schematic, "V2" must be \$V_{th}\$, Thevenin's equivalent voltage source.

first you write norton of DC power supply and then two resistor are parallel then write thevnin.

Not the answer you're looking for? Browse other questions tagged circuit-analysis resistance thevenin or ask your own question.

2
Total resistance of circuit
4
How to find Thevenin resistance of circuit with voltage source and three resistors?
0
Simplifying circuit (Theveninøs theorem)
0
Combining resistors connected solely at one node, and also a question about parallel/series
0
Thevenin to Norton transformation question
0
When using Thevenin's Theorem, why is R_thev of resistors calculated in parallel, when original circuit had them in series?
2
Calculate the thevenin resistance with diagonal resistors
0
This circuit is two parallel resistances of 10Ω. Convince me otherwise
3
Thévenin's Theorem Example
0
Confusing equivalent AC circuit (analysis)?