What is the "nominal temperature threshold" (NTT) on a thermistor?

I bought a thermistor together with my Arduino, because I thought it would be a good first project. I should have gone a different way, since it is obviously too complex for my level, but well, now I have got it, and I am trying to understand it, so I hope you can help.

It is an Epcos, PTC thermistor, from RS-Online (link). The datasheet (link) shows the following charts: 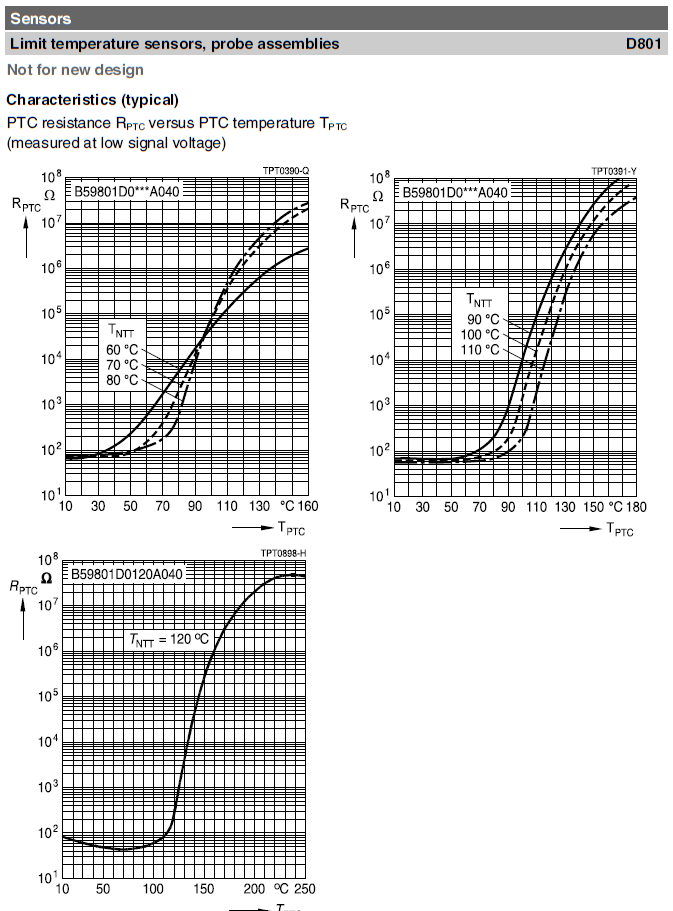 Why are there seven different graphs (NTT = 60, 70, 80, 90, 100, 110, 120°C)? The only possible explanation I can think of is that the thermistor comes in severen different versions with each their NTT, and I have one of them (without knowing which one). Is this correct, and if not, then what is this NTT?

NTT is short for "nominal temperature threshold", but little shows up when I Internet search for it.

So there are seven different parts:

It's resistance rises dramatically above 80C.

It doesn't look like it is intended for precise measurement. If it were, I would expect the datasheet to give the temperature coefficient, i.e. the change in resistance for a change in temperature, and it doesn't.

It is optimised for a 'trigger point', a dramatic change in resistance over quite a small range of temperature change. It's more like a thermostat, 'full-on' or 'full-off', than a sensor for actually measuring temperature.

Apropos nothing:
That operating point is somewhat unfortunate. If it triggered below 100C, say 90C, it'd be able to detect water is close enough to boiling, without actually boiling, and so is a good temperature for making tea, Which would save quite a lot of electricity. (I'm British :-).