Below is a schematic of NiMh battery charger that must automatically switch off charging current when battery is fully charged.

I am aware that the main part of this scheme is current source, build on transistor Q2, resistor R2 (that sets charging current) and battery (as a load).

What I do not understand is how these circuit detects at what voltage level on battery to switch itself off? What happens after switch S1 is switched on? What voltage levels are then present on OP AMP inputs? What is the role of elements D6, R8, R7, C2 here? 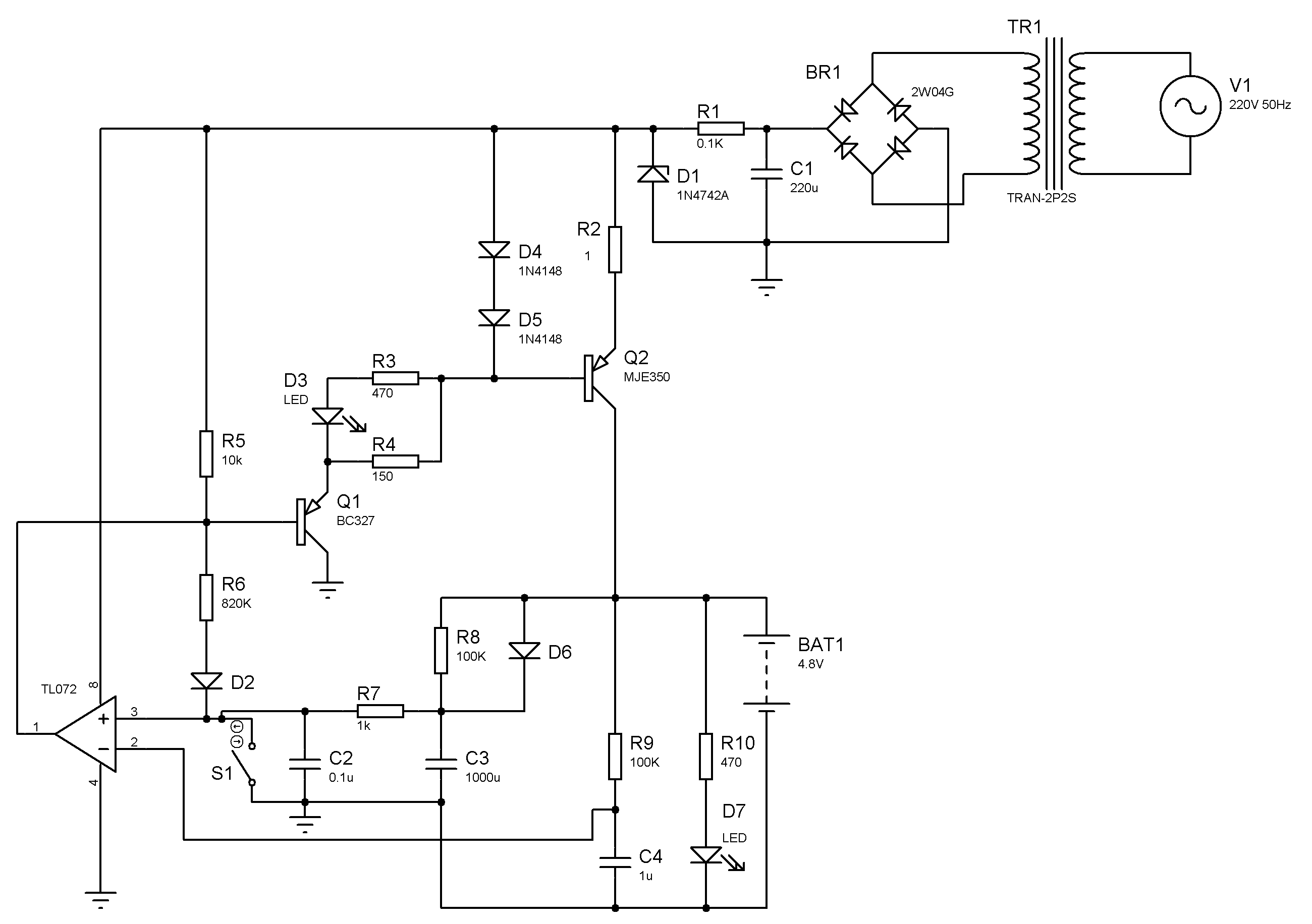 It looks to me as though the op-amp is set up to detect the "delta-peak" condition at the end of the battery's charge curve.

I'd guess that S1 is a momentary push-button type of switch, and it is used to start the charge cycle. When S1 is closed, the op-amp's non-inverting input (+) will be pulled lower than its inverting input (-), forcing the output low. This in turn switches Q1 on, lights D3 & switches Q2 on to charge the battery.

R6 & D2 appear to hold the circuit in its off state until S1 is once again closed to start the charge. D6 is placed in parallel with R8 so that C3 initially charges quickly to near the battery voltage when the charge cycle starts, but doesn't allow a quick discharge when the charge is near its end. I agree with Matt B, that R7 & C2 serve as a switch-debounce.

Not the answer you're looking for? Browse other questions tagged batteries operational-amplifier charger or ask your own question.