Simulating a circuit consisting of MOSFETs

When simulating a circuit consisting of mosfets, when can you say that the MOS should be in cut-off, saturation. or linear (triode) region? Specifically a charge pump circuit utilizing PMOS.(refer to the figure below for the circuit) 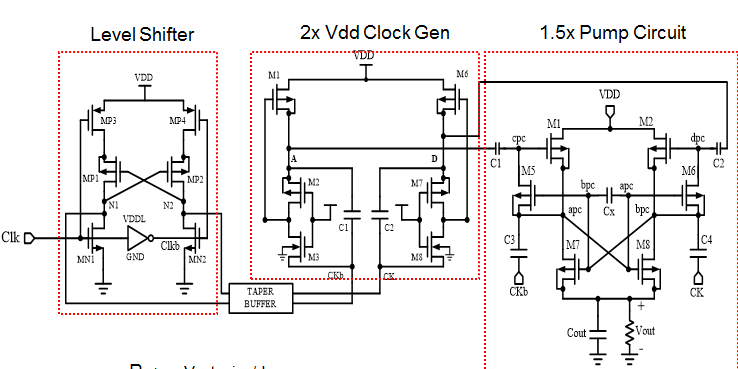 Every transistor in this schematic is probably operating primarily as a switch. So they all move at some point in time between off and triode. A MOSFET is in saturation if Vds > (Vgs - Vt) (for an NMOS, or |Vds| > |Vgs - Vt| if you prefer for PMOS with Vds, Vgs, Vt < 0). A decent simulator should be able to report the device threshold for biased transistor. Normally we care about maintaining a device in saturation if we want high output impedance, usually when used as a current source or an amplification stage. Charge pumps are essentially switch and capacitor networks for pushing charge around, so the region of operation is less of a concern here.

Not the answer you're looking for? Browse other questions tagged mosfet simulation or ask your own question.