I'm not sure if I'm reading this wrong or something, but this is a trace of the DMX packet that's coming from my USB-RS485 module then being converter to UART logic levels for my microcontroller. 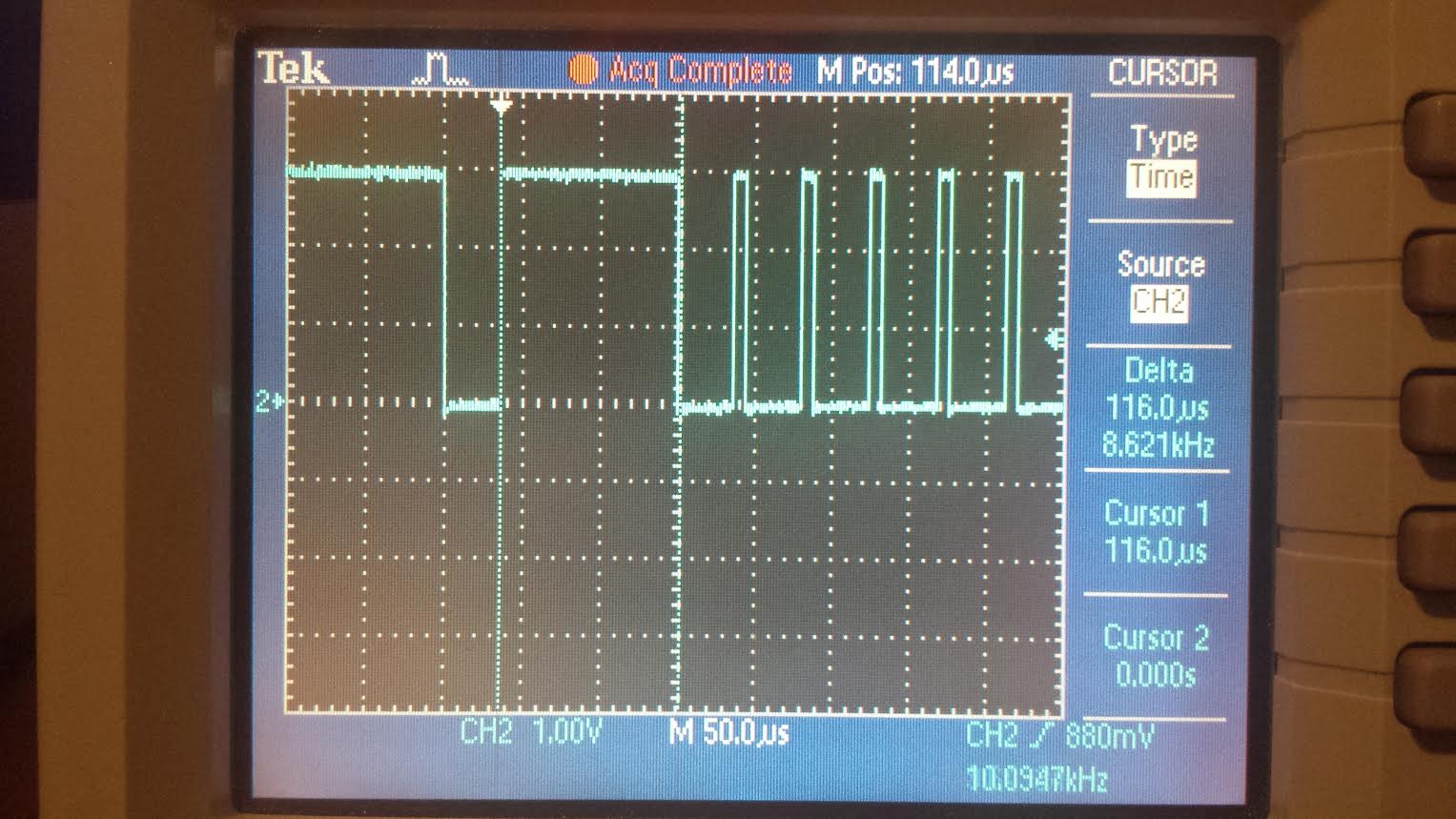 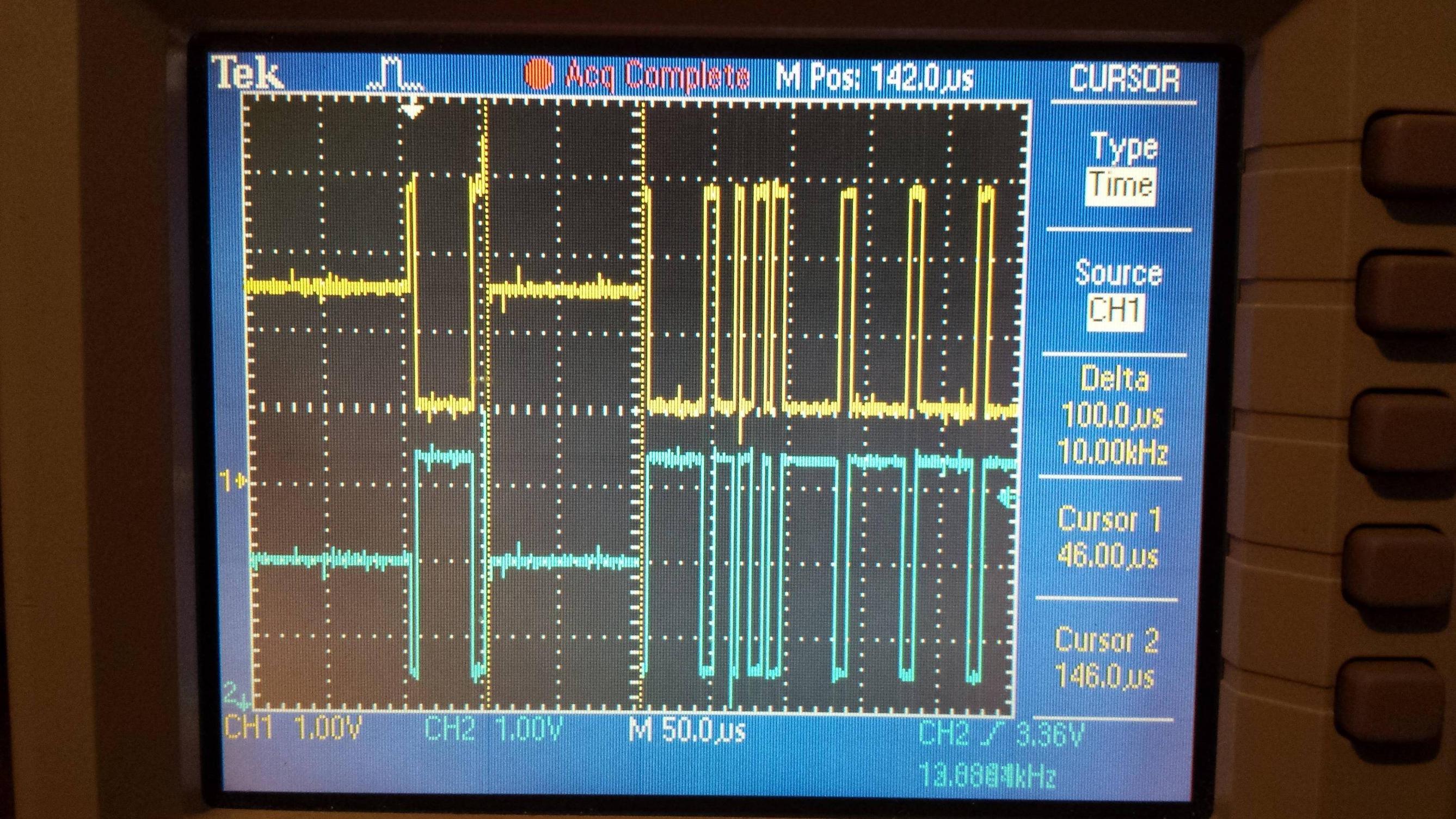 There are a few things I don't think are right...

Am I missing something here or misinterpreting the DMX protocol? Right now I'm using Freestyler to drive the RS485 device as an ENTTEC OpenDMX transmitter. Anyone have any ideas? is it a software or set up thing? I also tested a tool called KMTronic DMX device tester, and it's given me the same sort of output.

I've just noticed after looking at the differential RS485 lines (see above picture): It looks like that low at the beginning actually is a frame (maybe the start frame?). I can see the line go from an unknown state to driving high for 4us(Mark-time-between-packets?), drive low for the frame of 44us, then drive high for 8us (typically a stop bit time). After that the line goes to an unknown state again. Really strange and confusing. If that's the case though, then I have nothing that even resembles a 'break'.

Also for those unfamiliar with DMX packet structure: http://www.dmx512-online.com/gifs/dmxpack.gif

Do you have the right bus termination? A lot of cheaper RS485 adapters will 'release' the bus when nothing is transmitted for a while; thus, you 'mark after break' may actually be RS485 transmitter shutting off because of lack of transmissions. Make sure you pull the bus to the right values.

Not the answer you're looking for? Browse other questions tagged serial uart protocol rs485 dmx512 or ask your own question.

5
Transmitting ASCII 'A' over SPI Protocol
3
DMX on Arduino with RS485
1
Home automation on Cat5e again: is this a reasonable multidrop protocol?
2
Max 485 auto transmission
0
Can I use SLIP on the same line as DMX?
2
SN65176 RS485 contention
2
UART Synchronization After Break
5
Blowing out MAX485 transceiver
0
Is it acceptable to have A & B wire at same voltage in RS485
1
STM32 skips UART frames after framing error