I currently have a high quality microphone that I am powering from a relatively noisy 8V source, like that shown below. It has a built-in amplifier, and doesn't require any amplification. It just needs power and a bypass capacitor in place, and it handles the rest. 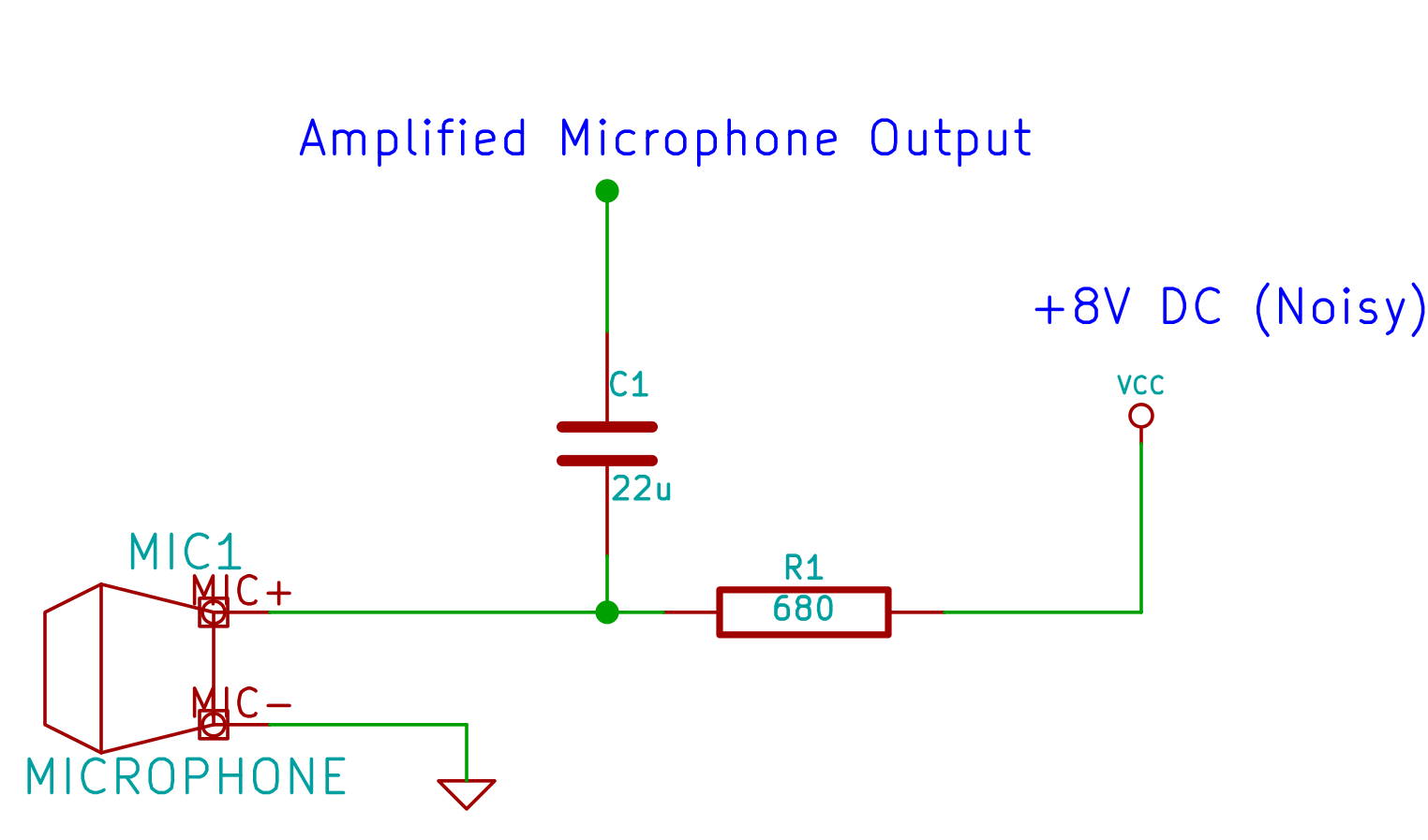 In order to resolve the noisy power supply, I temporarily removed it, and power the circuit off of a 9V battery for now, which has resolved a fair amount of the noise issue. Now I have a new problem: I need to power two of these microphones off of the power supply, and I'm now encountering cross talk. 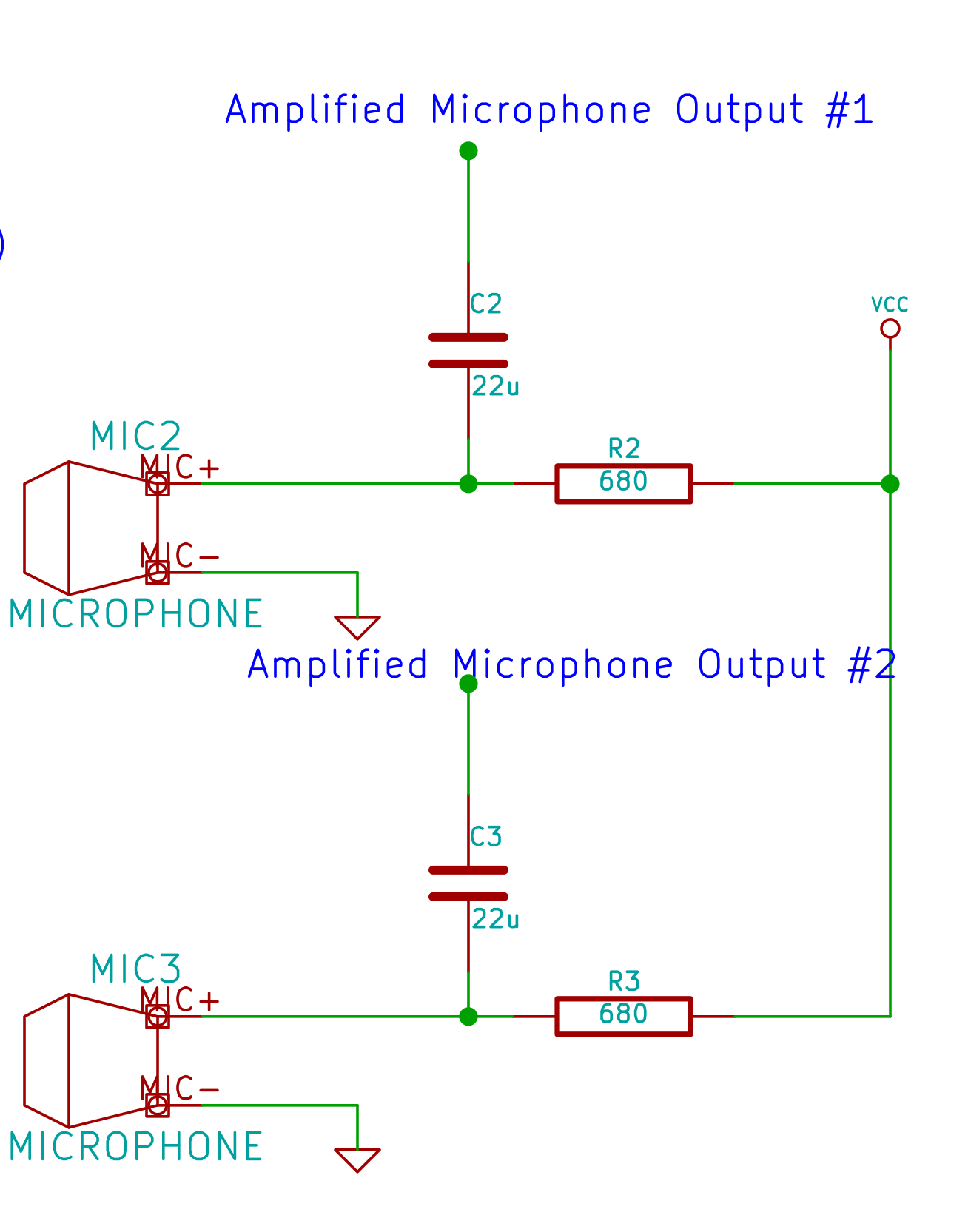 So, ultimately I am trying to decouple the microphones by balancing the circuit by halving the resistance of the biasing capacitors, and placing a second resistor of the same value in series with the mic between MIC- and GND. Additionally, I'm putting some Schottky diodes in place in hopes they will also help block cross talk. Finally, I'm just putting a simple LDO voltage regulator (8VDC) at the power source, and following it with a large bypass capacitor to further aid in power source noise rejection. Will this circuit work, or does anybody have suggestions for improvements or different approaches to resolving this issue? 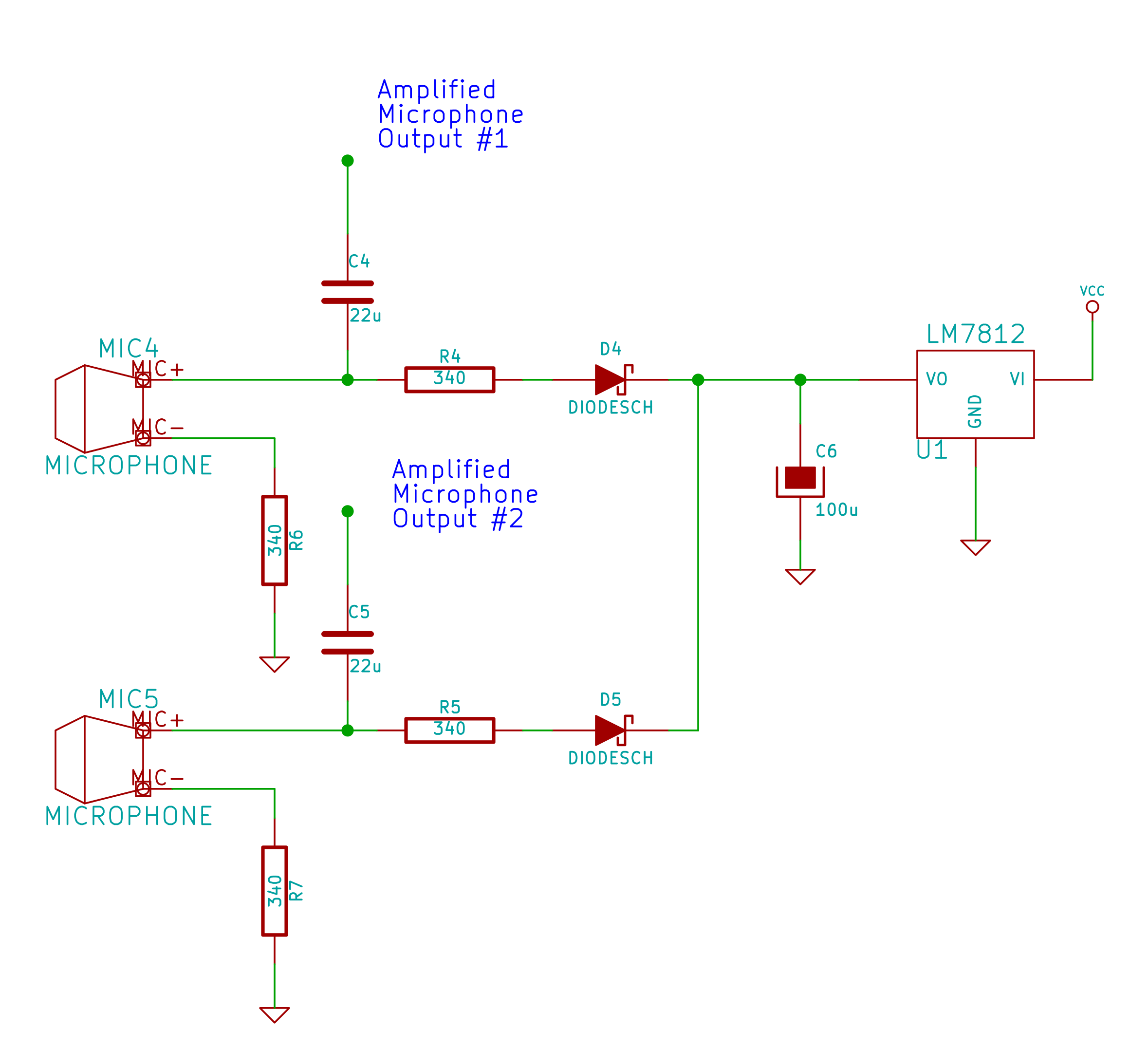 D4 and D5 won't do you any good.
Put the series resistors back where they were to start with (undo the split.)

You had the right idea with the regulator and the large capacitor. You shouldn't need more than a regulated and filtered supply.

Be sure to follow the datasheet recommendations for decoupling capacitors around the regulator. Many regulators can oscillate of they aren't properly bypassed.

If you have a problem with crosstalk, then I would use two regulators - one for each microphone.
Cheaper would be to split the series resistor (2*340) but keep the two in series to Vcc - but put a capactor from them to ground (from where the two 340ohm resitors are tied together.) That may mess up the frequency response, though. Two regulators is your best bet.

Not the answer you're looking for? Browse other questions tagged power-supply power noise microphone decoupling or ask your own question.