I'm currently working to port some Arduino sketches from Intel Galileo that use SPI (using a prototype Arduino Breakout board).

I haven't been able to get it to work so far - but I have used an oscilloscope to have a look at what the SPI is actually doing.

I have observed that the SPI clock signals from the Galileo and Edison are a different shape and are also a different voltage (note the scales on the top of the display). I have also noticed that the Galileo's clock is on the whole time whereas the Edison's switches off and on every few seconds. 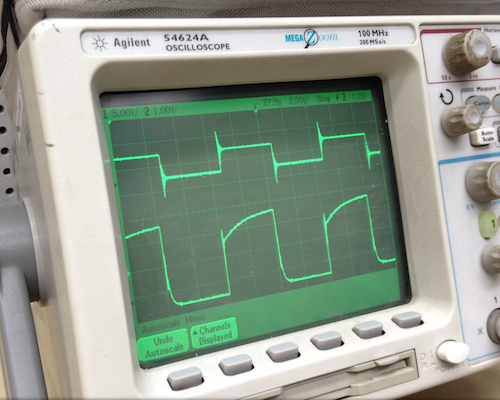 As a software guy I don't really know what's going on here - does anyone know what could be causing this? Is this something I can change in software or is it definitely a hardware thing? And would this be caused by the Edison itself or the breakout board?

Thanks - any help or guidance is appreciated!

Below are some more images of the clocks running at different frequencies - NOTE: The Galileo (desired behaviour) is now at the top, and the Edison is at the bottom. The scales have been adjusted to be the same. 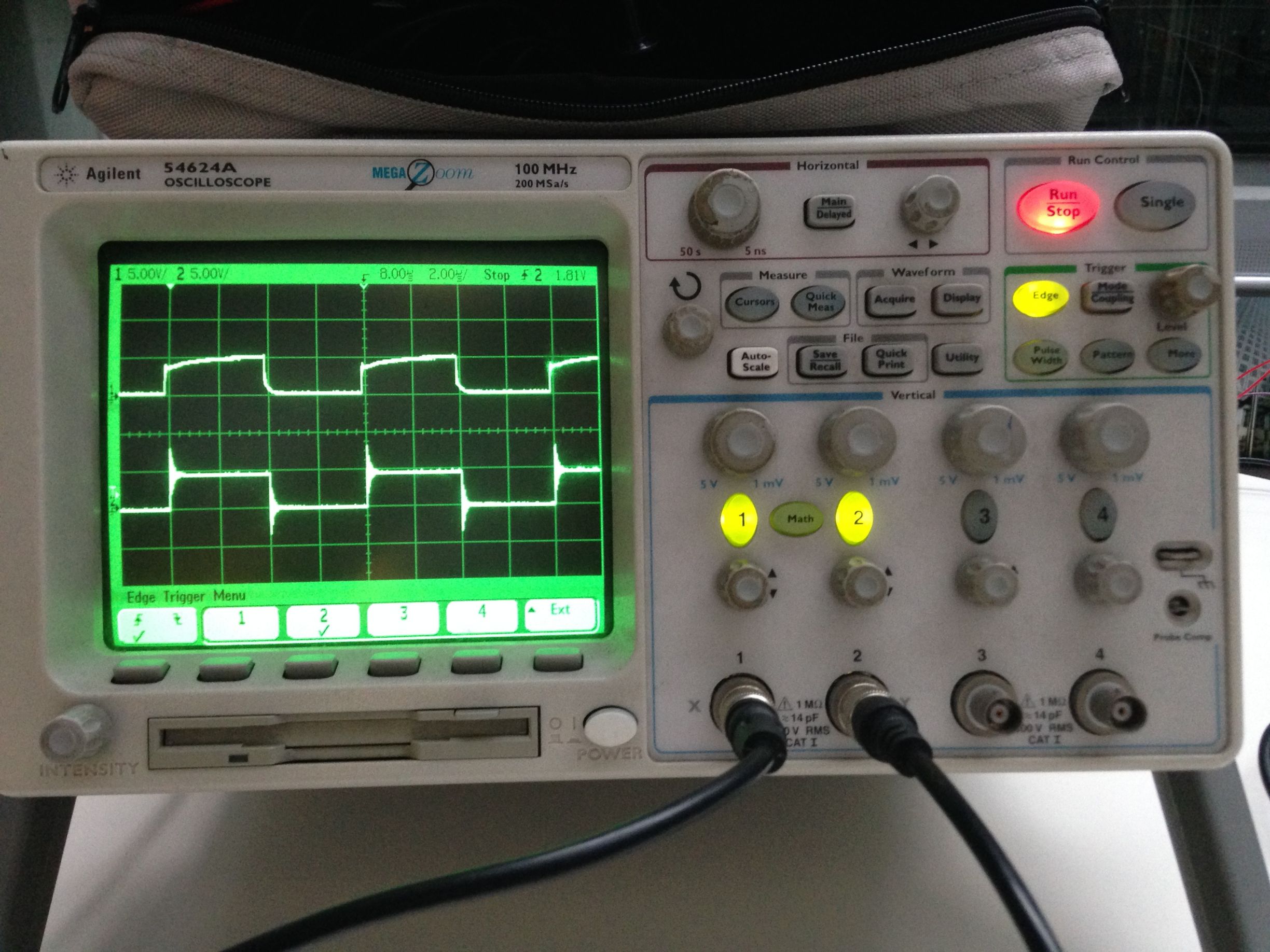 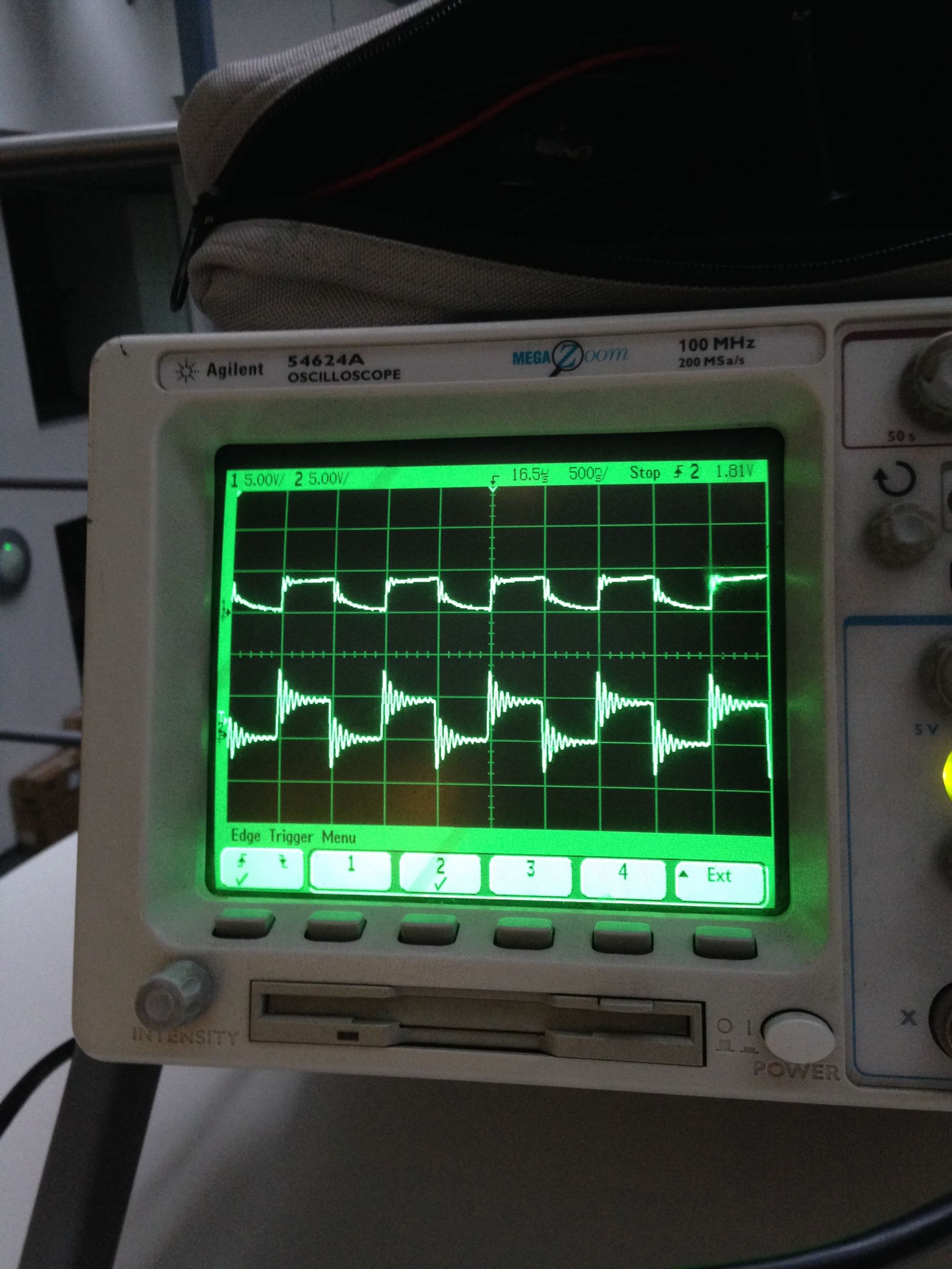 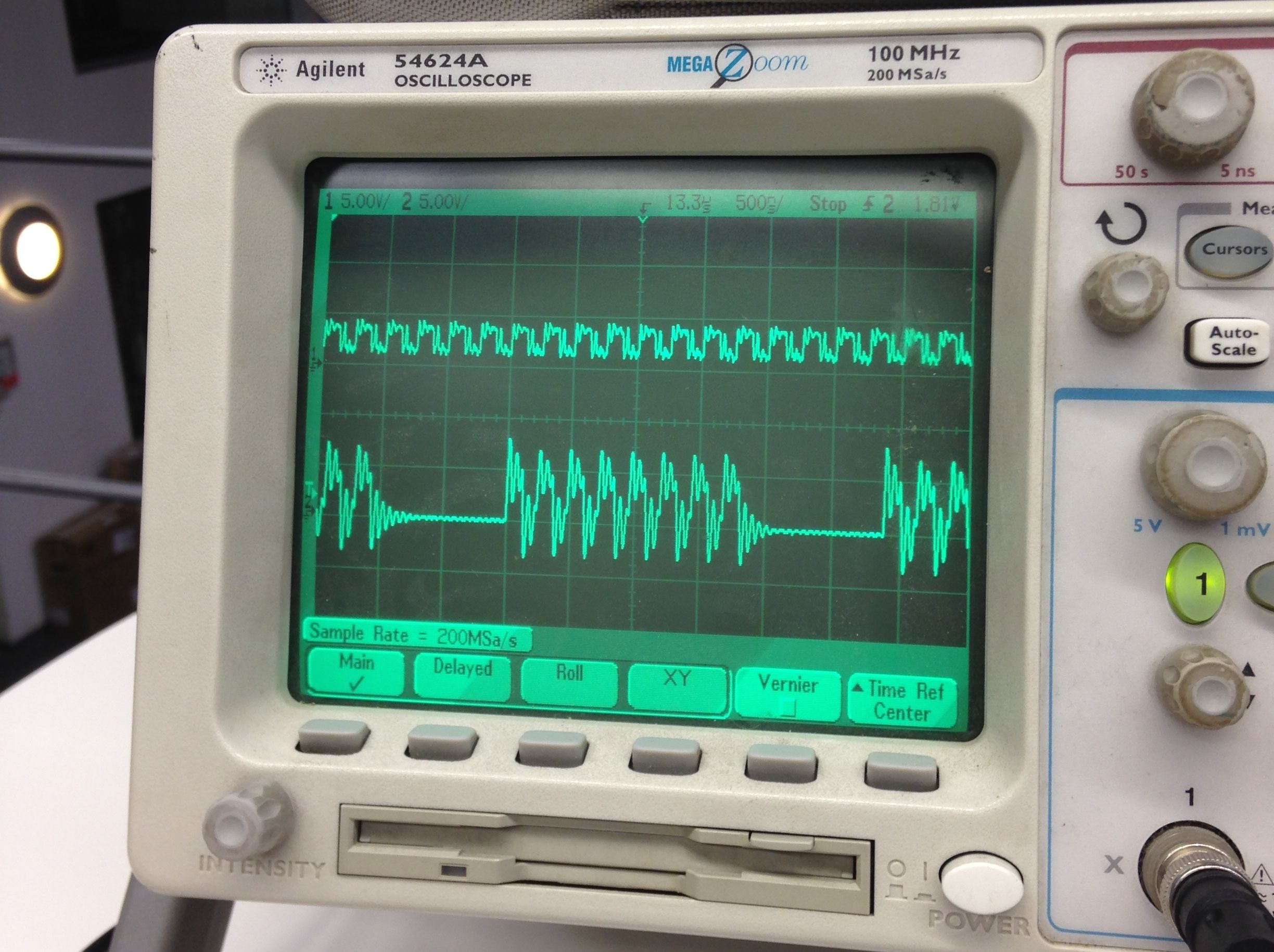 It looks like the clock is becoming more and more distorted on the Edison as we increase the frequency - could this be what is causing our problems? Now the overshoot is so dominant that it appears to be at a higher logic level.

You really need to determine whether all of that overshoot and ringing displayed on the scope is real, or just an artifact caused by how you're probing the circuit. I suspect it's the latter, so make sure you have a solid ground connection, your probes are properly compensated, and/or borrow/buy some better ones.

In general (ignoring the ringing and focusing on the underlying shape of the waveform), it looks like the Edison has a weaker clock driver than the Galileo, and in fact, it's so weak at 4 MHz that the overall amplitude is seriously reduced. If you're driving a relatively long or heavily-loaded bus, the Edison may need external buffers for the clock and MOSI lines.

SPI by itself doesn't specify a voltage level (can be 1V, can be 100V even if that's not very common). If you want your devices to behave the same you will need a voltage translator (they are also called level translators or level shifters). You'll probably won't be able to change this in software.

The "slow rising signal" you see could come from some capacitance on your data lines, this would be typical for I2C where only a weak pull-up takes care of a high signal and the line is only driven low.

I don't see what frequency you're driving your signal at - could you specify this.

For SPI it doesn't matter if the clock is always on or only when there is some communication taking place. Communication is valid only when the CS line is active, everything else should be ignored.

The overshoot or the slow rise you see could also come from your scope probe. Make sure that your probe is matched to your scope.

Not the answer you're looking for? Browse other questions tagged arduino spi clock intel or ask your own question.