I had a working design of a buck switching regulator based on a TPS62125. It worked fine, with minimal (<100mVpp) noise. I made some changes to my design, seemingly unrelated to the switcher. The result is audible noise from the switcher (a high pitch whine, that gets louder as draw increases), as well as this lovely waveform: 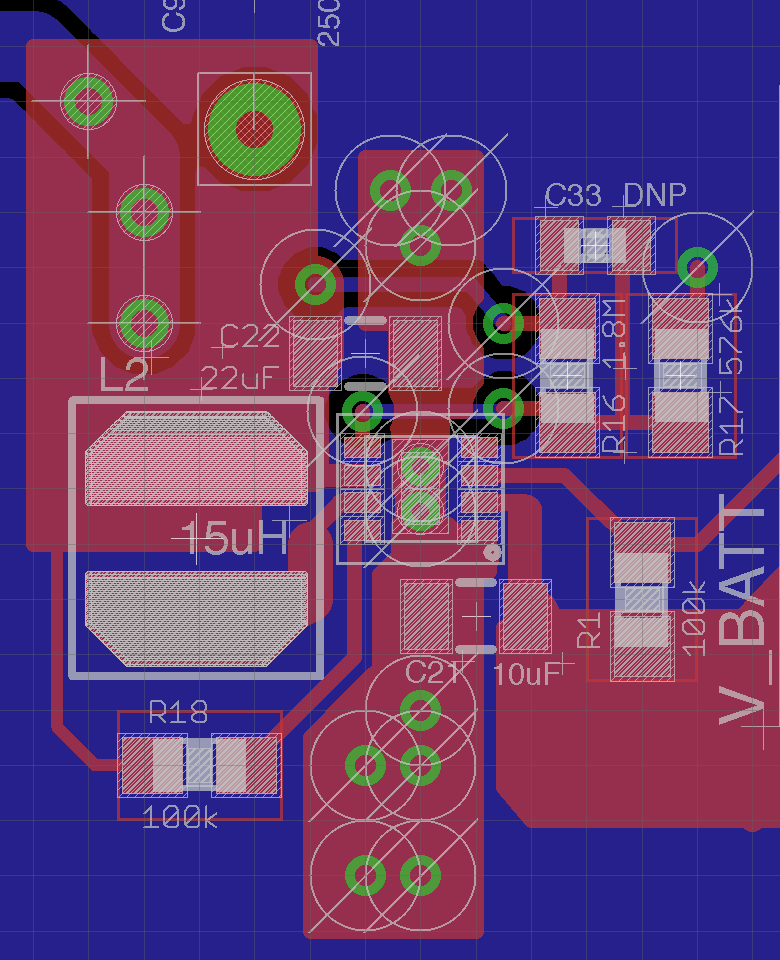 Where do I go from here? How do I troubleshoot this? I thought I spotted a short between the two pins of the IC that lead to the two pads for the inductor. It doesn't look like there's an actual bridge while looking with a loupe, but could this be the source of the problem (pins are too close because of excess solder, creating some sort of stray capacitance)?

The only other thing I can think of is that it's possible that I installed a wrong capacitor for the input or output caps (did this by hand). Would that produce these results? Could it be a bad inductor?

If any of these prove useful I'll come back and tidy up the answer. Otherwise no great value.

You've got a lovely pickup loop across R16 - why are FB R's across other side from both Vout and FB pin? |

C22 is in middle of that loop - noise filtered by C22 MAY be inductively coupled into loop.
Install C33 (small).
Temporarily move C22 physically and tack on in next best locn away from FB loop.

IP and OP caps could cause problems if well off values shown.

Data sheet does NOT say so but possible it is unstable if output cap ESR does not fall in a certain range. Varies with load. Check.

What sort on in & out caps? Ceramic?

What is load.
How does op waveform and amplitude change with load?