We are using this 3.6V Lithium battery (ER14505) to power the micro controller circuit in one of our devices. The device is capable of reporting the battery level. Since the controllers brown-out threshold is at 2.7V we use the range from 2.9V-3.5V to report 0-100% (battery should be replaced @0%).

While testing the device, we noticed some sporadic drops in the range of 20-40% that we could not explain. During our investigation, we noticed that the battery voltage varies up to 200mV depending on the orientation of the device!

So we grabbed a single battery and a multimeter and did some tests: 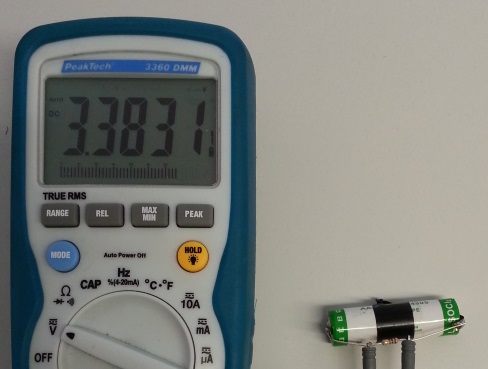 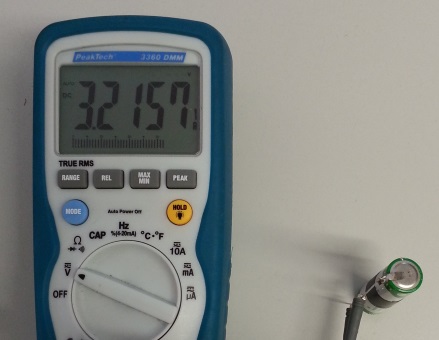 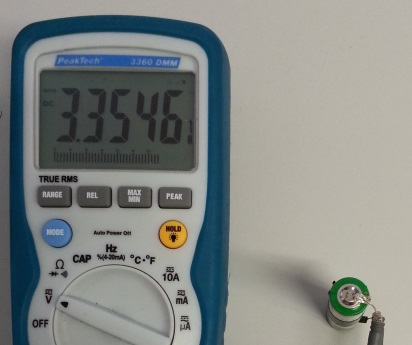 I tried Google to gather some information regarding this phenomena but wasn't able to come up with something useful.

Does anyone have information about what exactly is happening, what types of batteries are affected or if we are missing something obvious?

Ok, after some additional research I think found some useful information from other manufacturers. I will just quote some points of interest.

Depending on mechanical cell design and system properties, there is a certain dependence of available capacity on cell orientation during discharge. The effect is caused by the tendency of the electrolyte to move towards the void and inactive space of the battery if the orientation deviates from the preferred direction. The capillary effect of the cathode and separator pores acts against this tendency. As a result, the orientation effect is smaller for thin cathodes than it is for thick ones and is not even observable when discharge currents are very low or when batteries are moved during discharge [...]
At the high current end, available capacity of big cells (C, D, DD) is affected if the batteries are discharged upside down. Therefore this orientation should be avoided if possible.

While we are not "at the high current end" and are using a AA cell, the measurements from above confirm that "upside down" is the worst orientation.

4
Are Lithium Thionyl Chloride Battery usable in my vibrating environment? Are they safe?