Background: Using 33kHz PWM through an RF isolator [Si8710AC], to drive a power MOSFET [AUIRFZ44N], to control a high-power LED (8-10 watts). Isolator output is open-collector pulled up to +12V, and its output is beautiful. Its leading-edge slows down when attached to MOSFET (Miller effect?) but basic operation seems okay. MOSFET drain is connected to a constant-current bench power supply presently set at about 2 Amps.

Issue: There is significant overshoot/ringing at the MOSFET output drain at turnoff (i.e. when the voltage returns). O-scope is a simple handheld, but think issue is real--from what I’ve read this is not surprising. My question is, could the constant-current power supply be aggravating things, in that it might initially try to react to turn-off by forcing things... and then backing itself off? 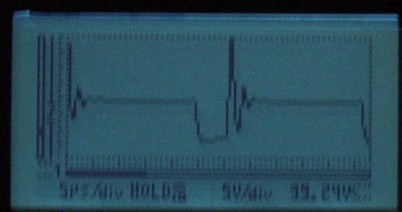 I previously read through posts to help get to where I am... thanks! Any additional guidance would be appreciated.

In the meantime, allow me to provide a little more color—and describe some things I tried in between—so I know I'm not missing something else. I don’t really have much in the way of "stock" components, so each iteration I make involves cycles of ordering online and waiting for stuff to show up, then testing, etc.

Shown below is a rough schematic of the circuit under discussion, followed by screenshots of the waveforms at different points in the circuit. The first screenshot is of the PWM waveform at the output of the isolator by itself, i.e. when it is not connected to the MOSFET. The second screenshot is taken at the same point, but with the isolator connected to the resistor that feeds the MOSFET gate. (The output of the MOSFET at the drain was posted above.) 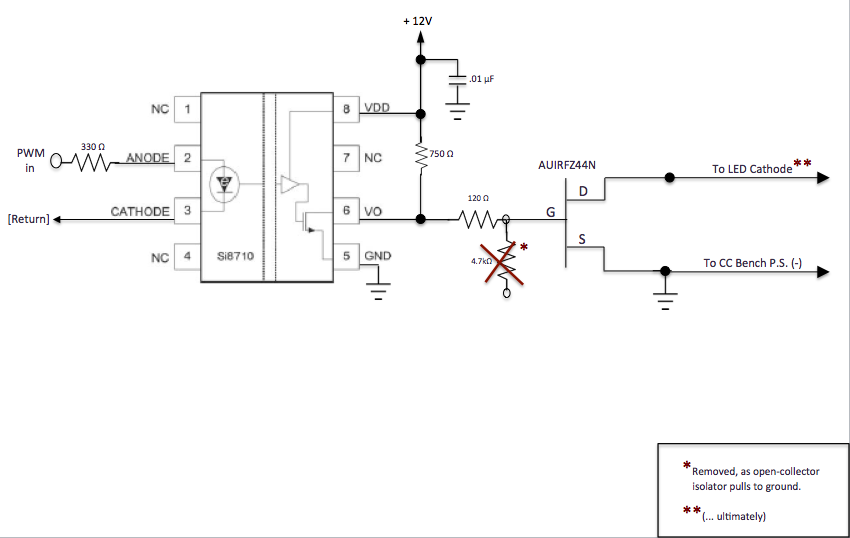 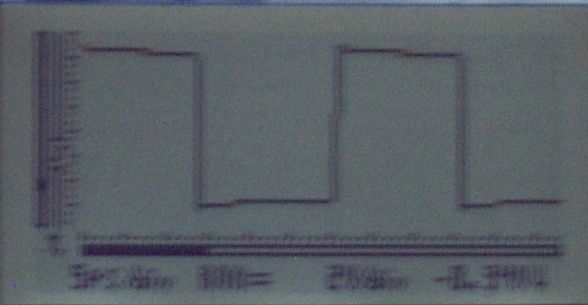 I located some 2N3906 and 2N3904 transistors, added the complimentary BJT circuit suggested by Spehro Pefhany, and put a 10 ohm series resistor in parallel with the existing 120 ohm gate resistor to lower the latter to about 9 ohms. The following 2 screenshots show the waveform at the MOSFET drain:

(I don't really have any options regarding adjustment of the wiring. As noted above, the MOSFET feeds an LED array and the configuration is fixed.) Per Russell McMahon's suggestion, I tried to add a reverse-biased diode between the gate and source. Couldn't find any Schottky diodes locally; all I could find was a 12V Zener diode so I lowered the drive voltage to 9 Volts: 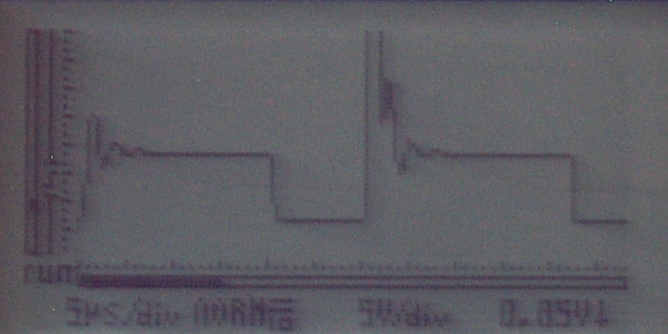 The bottom line is that these suggestions helped, but I'm not there yet. I'll look into getting components to implement some of the other suggestions. Thanks again.

A. BJT follower circuit suggested by Spehro included. LED array system wiring bypassed, to isolate MOSFET. Instead, a single high-power LED was placed on breadboard next to the MOSFET. 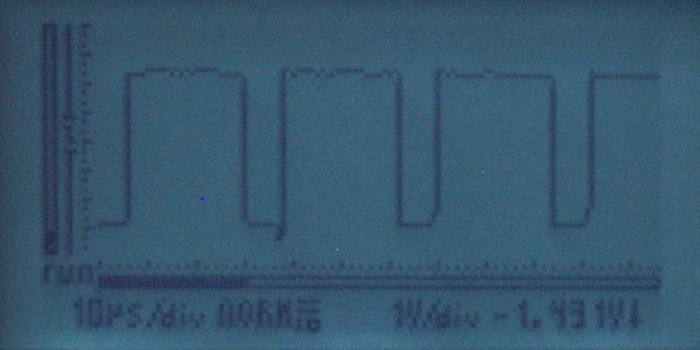 Summary: Seems there is no problem running standard LEDs with this circuit configuration. But when using a high-powered LED--even while bypassing the system wiring--the MOSFET drain overshoot/ringing problems become evident. Will continue to work to mitigate their effects.

Status Update: The signal up to the MOSFET gate looks fine. Read up on snubbers and tried a series resistor-capacitor snubber (R: 27-53 ohms, C: 4-10 nF) between the MOSFET's drain and source. That effectively eliminated almost all of the ringing. Resistor gets somewhat hot, though :-). The overshoot remains.

At this point I'm kinda stuck:

The drain appears to be ringing at about 600KHz.. Probably due to inductance in the drain circuit. The simple circuit you are using to drive the MOSFET is very asymmetrical.. the turn-off will be much faster than turn-on because your pull-up is much higher value than the ~50 ohm resistance of the MOSFET in the Si8710AC, so you are seeing the ringing.

I suggest a complimentary BJT emitter follower after the Si8710AC with a series resistor to the gate selected to trade off ringing vs efficiency. You can also minimize inductance in the drain circuit by shortening or twisting the wires arc., add a snubber or even a flyback diode to the supply. 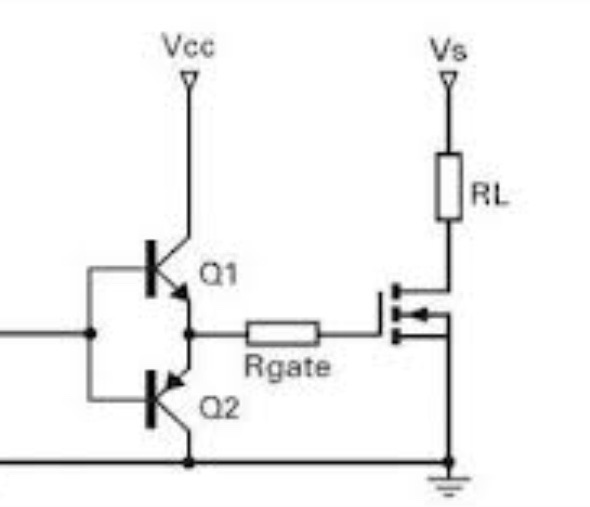 The following are easily tried and may well work:

All are synergistic and can be tried in any mix and order.
In this case the Schottky diode fix seems most liable to be useful.

Connect a small Schottky diode gate to source of MOSFET & reverse biased (Anode to source, cathode to gate). This prevents oscillatory waveforms on the date with negative excursions. If these are present the negative half cycles are clamped by the diode and reduce signal energy very rapidly.

Series gate drive resistor between drive source and gate - can be "a few Ohms".

Gate driver as Spehro suggests - the above Schottky and zener fixes can both be used with this driver and may be useful in some cases. FWIW - I have used the arrangement Spehro shows in designs of which N00,000 have been made (3 < N < 5?) - cheap, compact and effective. I include the gate to source zener essentially as of right. It might get excluded if space or cost utterly precluded, but it never will :-). Saves you from death by Millar injection due to load inductance transients that you could have sworn could not possibly exist. (In one design it increased survival time from hours to infinite).

It's always useful to include links to data sheets.

1
how to parallel mosfet
0
Using MOSFET with Open Drain Controller
0
MOSFET Push-Pull falling edge ringing
2
How to remove turn on ringing/overshoot in MOSFET output for 1 MHz and 70V Switching?
0
P-MOSFET R_DSON is not what I expected
2
Why does turning a MOSFET ON too fast cause ringing?
1
What causes random ringing in my inverter?
2
MOSFET drain ringing and Vds measurement with oscilloscope