Why are these Fourier transform values not as expected?

We are being taught Fourier Transform in our EE course this semester and I have several questions about it. The answers do not need to be rigorous and mathematical, all I need is an intuitive 'feel' of the Fourier Transform. I may be completely wrong at certain points so feel free to point it out.

You should see this: 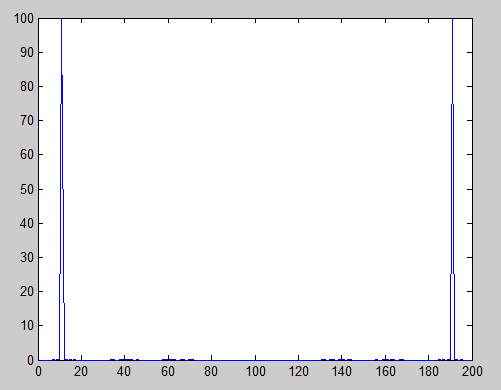 The FT of a continuous function x(t) is approximately "equal" to the DFT of the discreet-time version of the same function, if the sample interval is long enough (compared to the period of the domain function), and the sample rate is fast enough.

If, as in your example, the sample interval is not long enough (10 is only a bit more than 3 periods of your domain function), then the DFT will not be "equal" to the FT.

"same" and "equal" because they are different transforms, and in theory mean different things, but will give arithmetically equal results if scaled correctly.

If you understand, the fact that you have arithmetically different values is not important: the transforms are just alternate ways of looking at the same data. If you do not understand, then you may use enough points so that you don't have to understand. EE's should understand: an Engineer can do with 64 points what any damn fool can do with 640 points. Play around with different sample intervals and rates to get an idea of the way a DFT represents a signal.

Not the answer you're looking for? Browse other questions tagged fourier or ask your own question.

3
Nyquist sampling rate with real and imaginary aliasing
3
How are phase values able to capture motion from video?
1
Fourier Transform
0
Gaussian function power spectrum (Matlab)
0
Fourier Transform
1
Gain factor in real Resistance and Reactance (AD5933)
0
Why averaging in Spectral magnitude domain not in complex domain to estimate spectrum of a process
1
Real time spectrum analyzer and Fourier Transform
2
What are the applications of the Fourier transform in communications?