I have built the following H-Bridge with TIP122 and TIP127 Darlington BJTs: 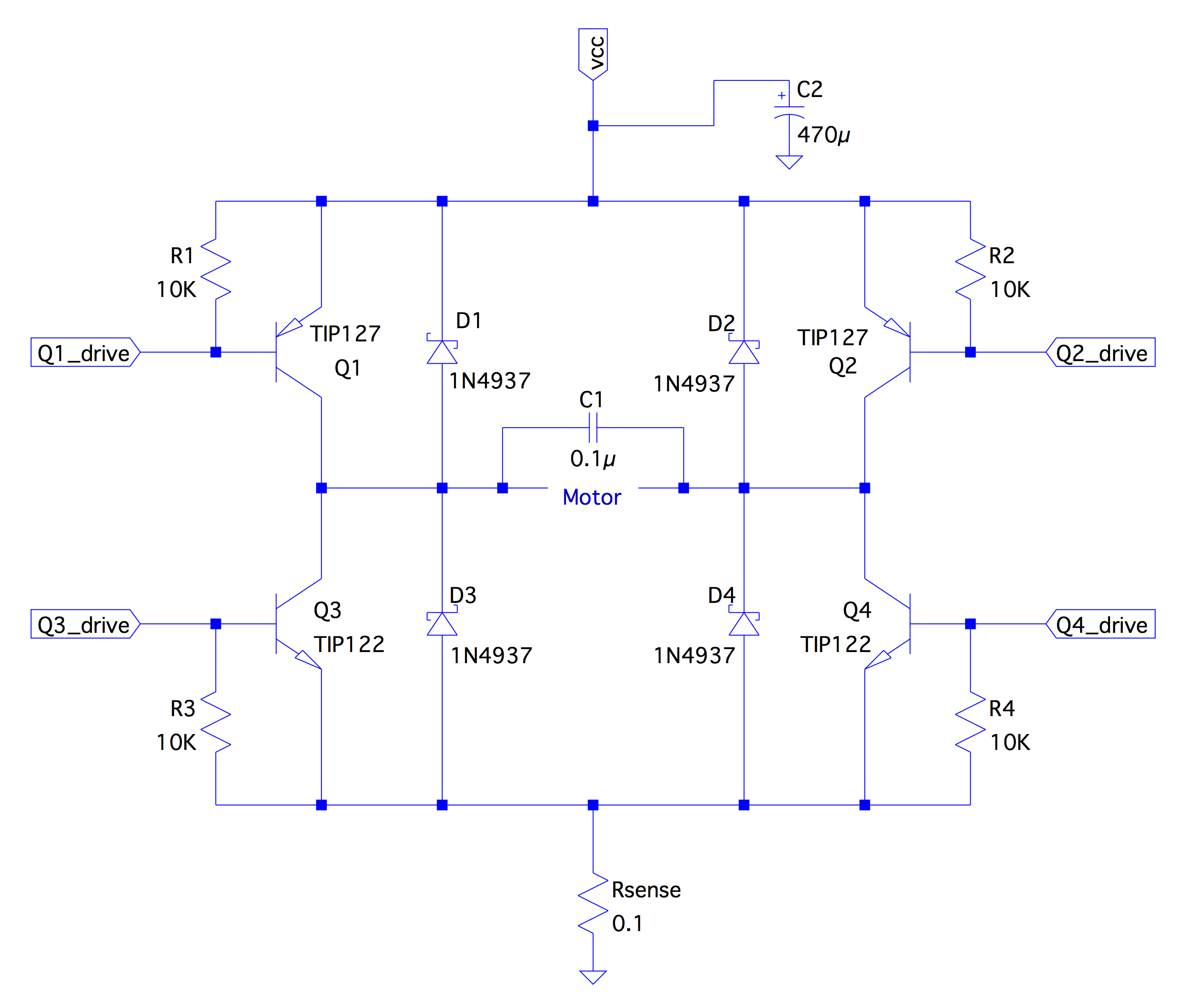 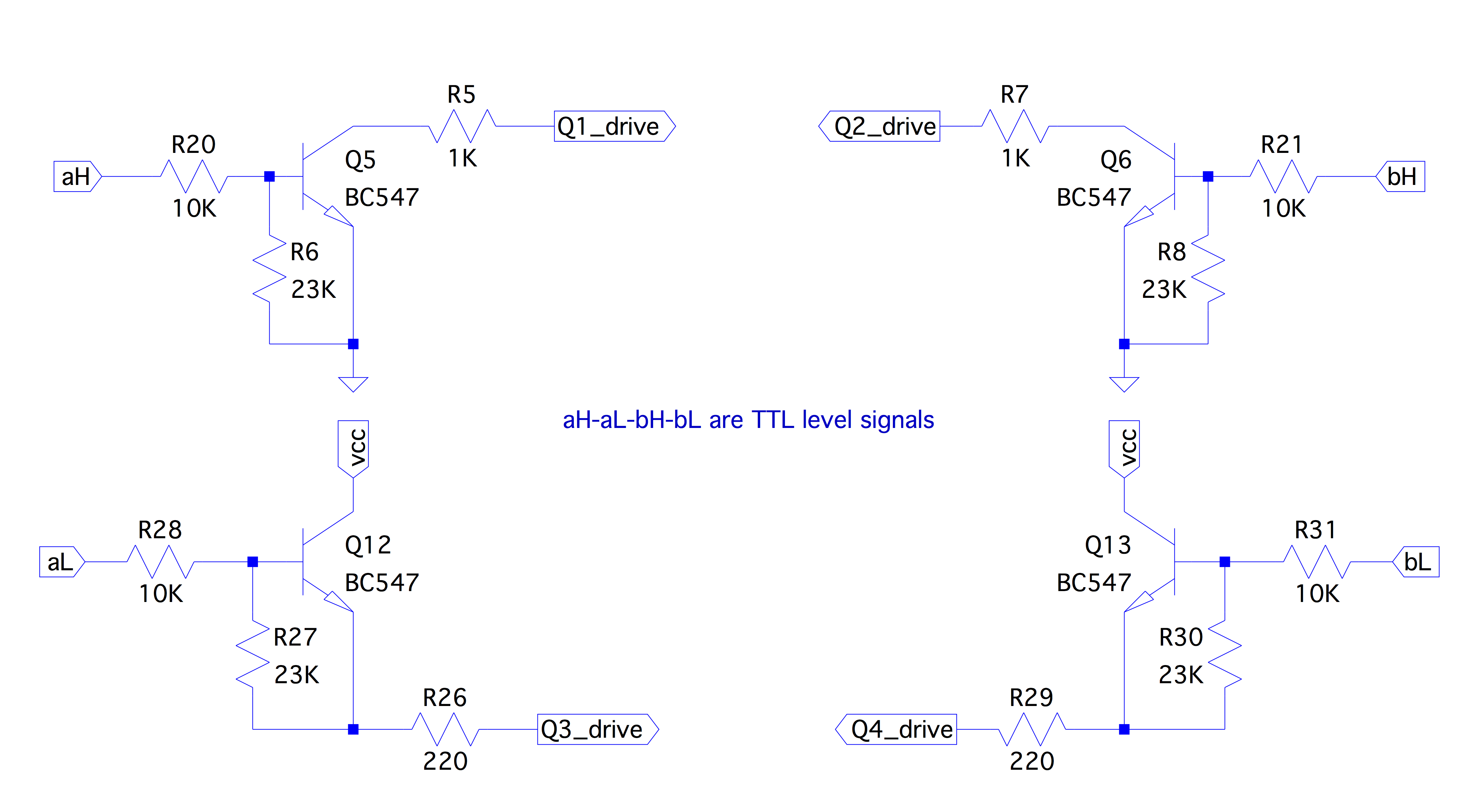 It is made from parts I had around, and I plan to use it for currents up to 2A with a VCC of 12V. Note that 1N4937 diodes are marked as Schottky in the schematic, but in fact they are 'normal' fast rectifier diodes.

The bridge, breadboarded for testing purposes, works as expected in 'forward' (Q1 and Q4 switched on, Q2 and Q3 off), 'reverse' (Q1 and Q4 off, Q2 and Q3 on) and 'free' (Q1-4 off) modes. Some delay is needed when switching from forward to reverse to let the humble TIPs turn on/off and avoid dynamic shoot-through, but the bridge handles well the 12V VCC and 300mA of current needed by a 'test' DC motor.

On the other hand, when trying to brake the motor by setting Q1-2 off and Q3-Q4 on, one of the two high-side TIP127s turns on and allows a considerable current to pass (more than 1A), thus overheating.

I have breadboarded the circuit several times, swapping and replacing about every component, and the issue is still there. Only one thing seems to change between rebuilds: the high-side TIP127 that turns on when it shouldn't. Sometimes it is the left one, sometimes the right one, and sometimes the braking works as expected, but only until I turn the supply off and on again. Note that there are not significant resistance paths between VCC points and ground points.

Can the problem have to do with breadboard characteristics (capacitance)? Or are there any latent design flaws in the circuit?

I've had more problems with breadboards than you can shake a stick at !! Many a time,the problem seemed to be un-sound mechanical connections.-and this is NOT just one single board,this has happened on a few of them.Breadboards are great when they're new,and clean,but after a while,they get contaminated with all sorts of debris and dust,etc.It may seem like a long-winded solution,but I'm fairly sure that if you clean your component leads,and solder the circuit together (p.c.b or vero),the intermittent fault will disappear,and all will be good with the world.Oh,and unless you have an ultrasonic cleaning bath to clean your breadboard,chuck it out and buy a new(clean) one !!

Actually i don't think you can brake with darlingtons. You can with mosfets, because they conduct to both sides, but NPN only contact "downwards", because the other way it's a reversed diode. So what way you expect motor current to go? It will go to the real diodes because it's tje only way.

Not the answer you're looking for? Browse other questions tagged h-bridge darlington static shoot-through or ask your own question.