I'm looking into doing a Bob Smith termination for a Power over Ethernet (POE) PSE. The TI app note shows the following termination: 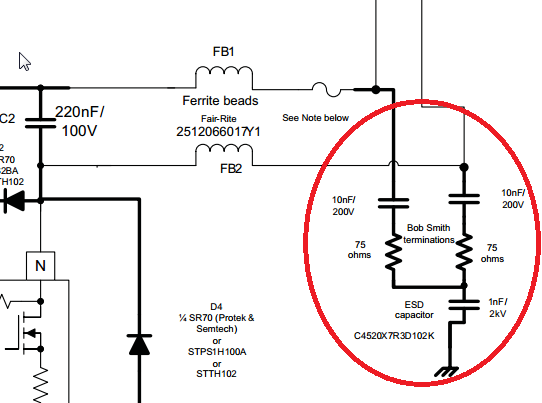 But all of TI's reference designs (and later figures in the same document) use the following termination with two ESD capacitor: 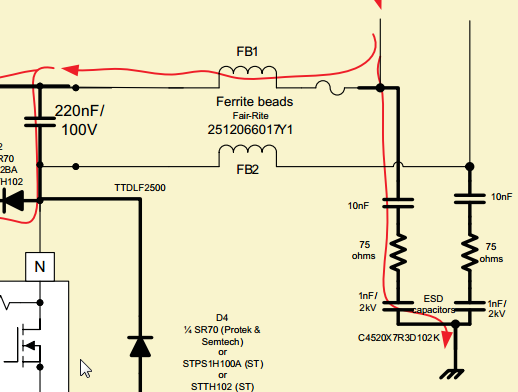 Are these circuits equivalent? What is the purpose of having two ESD capacitors?

I found the following examples of POE termination from around the internet:

After posting the same question on TI's E2E forum, I got the following answer:

The majority of termination schemes will follow the examples you've cited and not the SLVU126 (TPS2384) and SLUU269 (TPS23841) TI EVM designs. These EVM designs will tend to have more reference evaluation circuits than any final product design would have. So, in this case a single high voltage ESD capacitor for each port.

Other good references are located within vendor datasheets who make magnetic's modules such as the Pulse PN JK0-0177NL which is used on http://www.ti.com/lit/pdf/sluuay8. In this case, a single HV ESD cap and 4x 22nF LV caps are used.

So, the second ESD 1nF capacitor is superfluous and I think diminishes the effects of the Bob Smith termination.

Not the answer you're looking for? Browse other questions tagged ethernet termination poe or ask your own question.