Not sure where to start with the decoder. The circuit is simple enough to avoid using one and instead using an inverter, however this is not an acceptable solution.

The first example below shows the 16x8 case. Two 74F189 chips are used, each four bits wide. One chip stores the lower four bits of a byte, and the other chip stores the upper four bits. Since only sixteen locations are being addressed, the four address lines A0-A3 of each chip suffice and no additional decoding is needed. 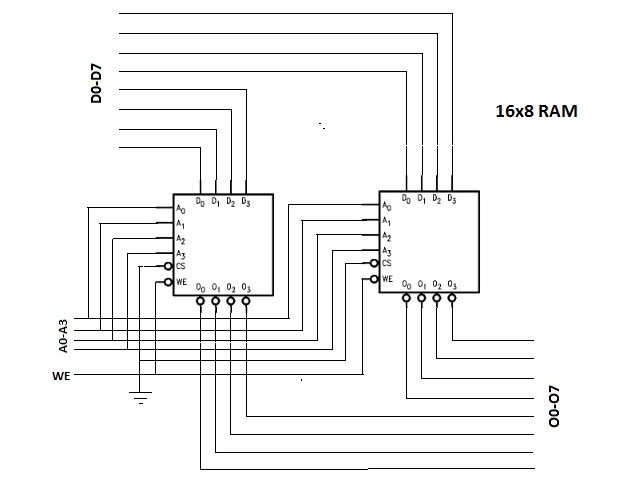 To address 32 locations instead of 16, one needs five address lines A0-A4 stead of four. The first four A0-A3 are paralleled together like the other lines. The fifth address line (A4), becomes the chip select for the two 74F189 chips. a 0 on the A4 line selects the first chip, and a 1 selects the second. 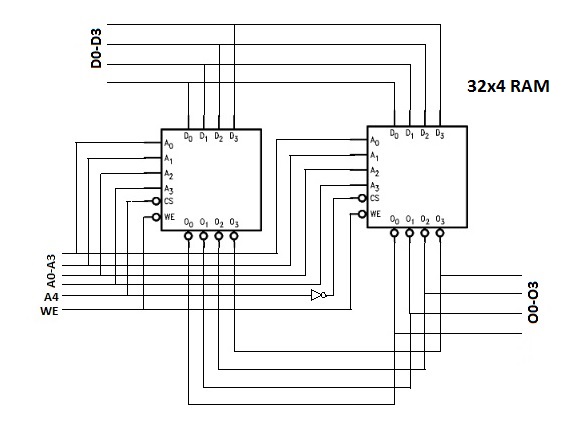 Widening the busses is simply putting several chips side by side, first one controlling D[3:0], second one D[7:4], etc.

For extending the size, you need to use the additional address bits ( here, A[4] for 32 cells, A[3:0] being directly connected to memory) to select different chips, using the appropriately named "Chip Select" signal. 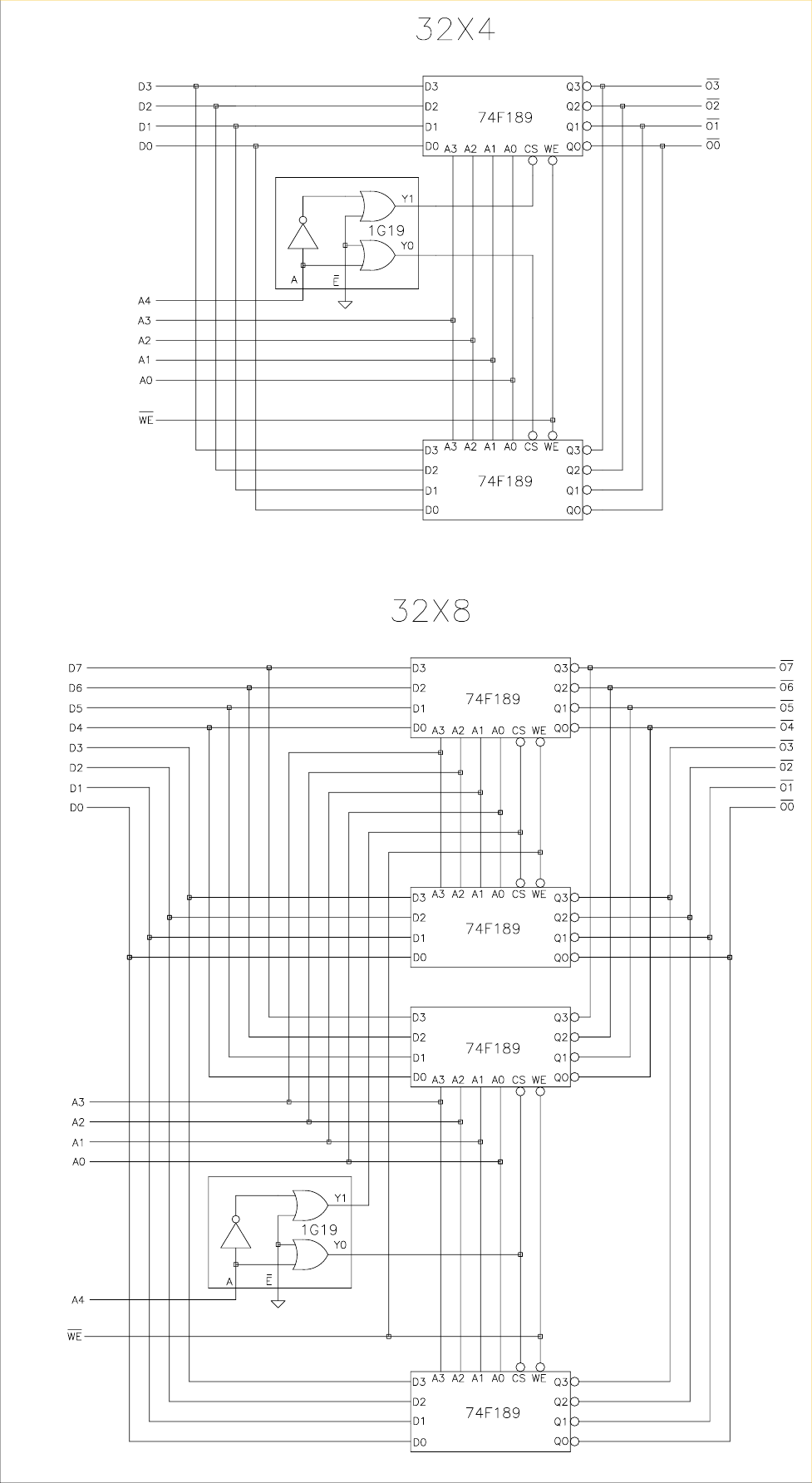 Not the answer you're looking for? Browse other questions tagged ram or ask your own question.

5
How large is the address decoder to select an address in RAM? Is the address decoder just a bunch of multiplexers?
2
Inferring Dual-Port Block RAM
0
RAM/Latch Type IC
0
Issue replacing 27C256 ROM with 62256 RAM
2
4x1 bit RAM implementation
3
How much RAM can I get from a MAX V logic element?
0
Byte-addressable RAM as opposed to word-addressable RAM
0
how to access the same RAM module from different modules?