I am trying to construct a circuit to control an LED in a bike light kind of circuit. This circuit must be designed so that a button press can change the current setting of the light.

So for instance first click turns on the light on slow blinking, one more click goes to fast blinking, a third click to continuous light and a fourth to turn it back off.

I have been trying to Google my way to an answer, but can't seem to find any reasonable circuitry or inspiration to design such circuit.

Hope someone can be of help pushing me in the right direction.

Here's a circuit which should accomplish what you want. It uses a dual 555, namely a 556 with two different rates. A CD4022 is used to count the button pushes. A pair of NAND gates debounces of the push button input, so the counter doesn't advance erratically.

The first two outputs select one of the two rates using AND gates. The third output is steady on. The fourth output resets the counter. The outputs for states 1, 2, and 3 are diode-OR'ed together, to operate an N-channel MOSFET Q1 which turns on the LED. 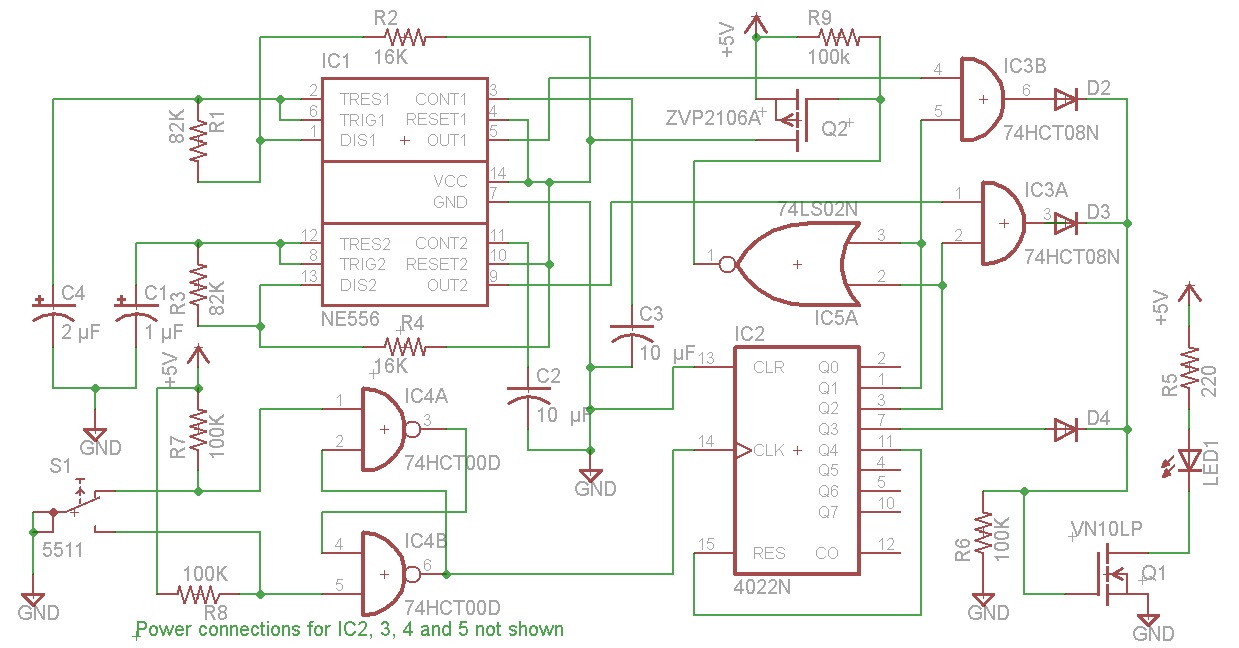 Right click and select View Image for a large picture.

Since this is a battery-operated circuit, battery life must be taken into account. While the LED is off, the 4022 counter, AND gates, and NAND gates draw only a few µA of current, so they have little effect on battery life. However the 556 is actively generating two different pulse trains and drawing up to 500 µA (assuming a low-power 556; standard ones can draw several mA). So there is a high-side P-channel MOSFET Q2 that supplies power to the 556 only if the counter is on count 1 (slow flash) or 2 (fast flash). If either input to the NOR gate is 1, the output is 0, turning on the FET.

The easiest way to do this in small quantity is to use a microcontroller, such as a Microchip PIC10F or 12F series. There will be only a few parts in the circuit and a page or two of code. The micro should be under a dollar in single quantities.

The best way to do it in production quantity is a COB CMOS die designed for just that function, a microcontroller would be too expensive.

It could also be done in small quantities with a counter-decoder chip (eg. 4017) and debounce circuit and a CMOS 555, but it would be substantially more complex (perhaps ~20 parts including 3 chips) than with the micro- so only for those suffering from extreme code aversion.

Shown below is a circuit that simulates nicely, and the LTspice files needed to run it are here

If there's a need for a circuit description, let me know and I'll edit my answer. Not right now though, my brain feels fried... 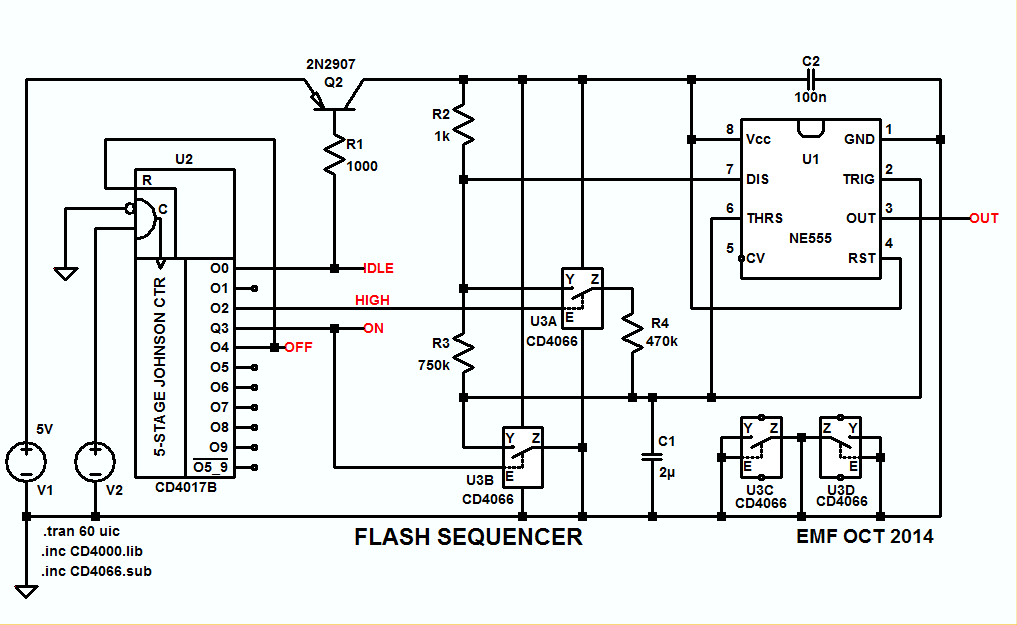 Not the answer you're looking for? Browse other questions tagged led light blink or ask your own question.