Is Faraday's Law not working?

Faraday-Lenz's law was easy when I was in 12th standard. But it became more complex when I jumped to Engineering. Recently when I was studying about inductors and how they oppose changes in currents, I found out that Faraday-Lenz's Law becomes little weird because based on my observation I found out that this law "doesn't work" (frankly speaking)! Here's the story behind my observation:

Suppose you have an AC voltage source of 240 volts peak and 60 Hz frequency connected to an inductor of 10 mH inductance (wire's resistance is negligible so that the impedance is only due to the reactance of the inductor). Now if I switch on the Ac supply, it is found out that the voltage across the inductor is 240 volt peak and the reactance and current through it is 3.7699 ohms and 63.6622 amps peak. The voltage polarity is as shown. 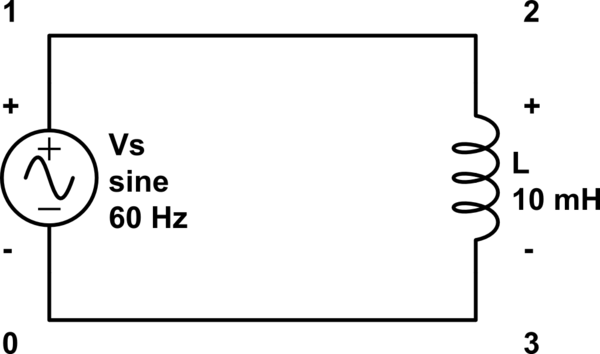 Now if we apply Kirchoff's Voltage Law to this circuit, it works as expected. But then I don't seem to understand that 'how' this inductor opposes current. Because in my opinion if the inductor opposes current then the polarity markings on the inductor should be reversed then only we can say it generates a back emf. But then the Kirchoff's Voltage Law would not work if the polarity markings are reversed.

Now I think I didn't understood the topic of how inductors oppose currents in an AC circuit.

And also if it generates a back emf to generate a back current then where is the back emf and the back current and why it does not affect the voltage across the inductor and the current through it?

You are probably familiar with Newton's second law, which states that force equals mass times acceleration:

Acceleration is really change in velocity, so we can write that equivalently as:

That's oddly similar to the definition of inductance:

I find keeping this analogy in mind when thinking about inductors makes things more intuitive.

Now, consider what happens at each point in the AC cycle:

When voltage crosses the zero point and begins to go negative, the effect is to begin to decrease current, to "slow down the flywheel". Eventually current reaches zero, then begins to go in the other direction. Eventually voltage reverses polarity, and the current begins to be slow, and its direction reversed, and so on. 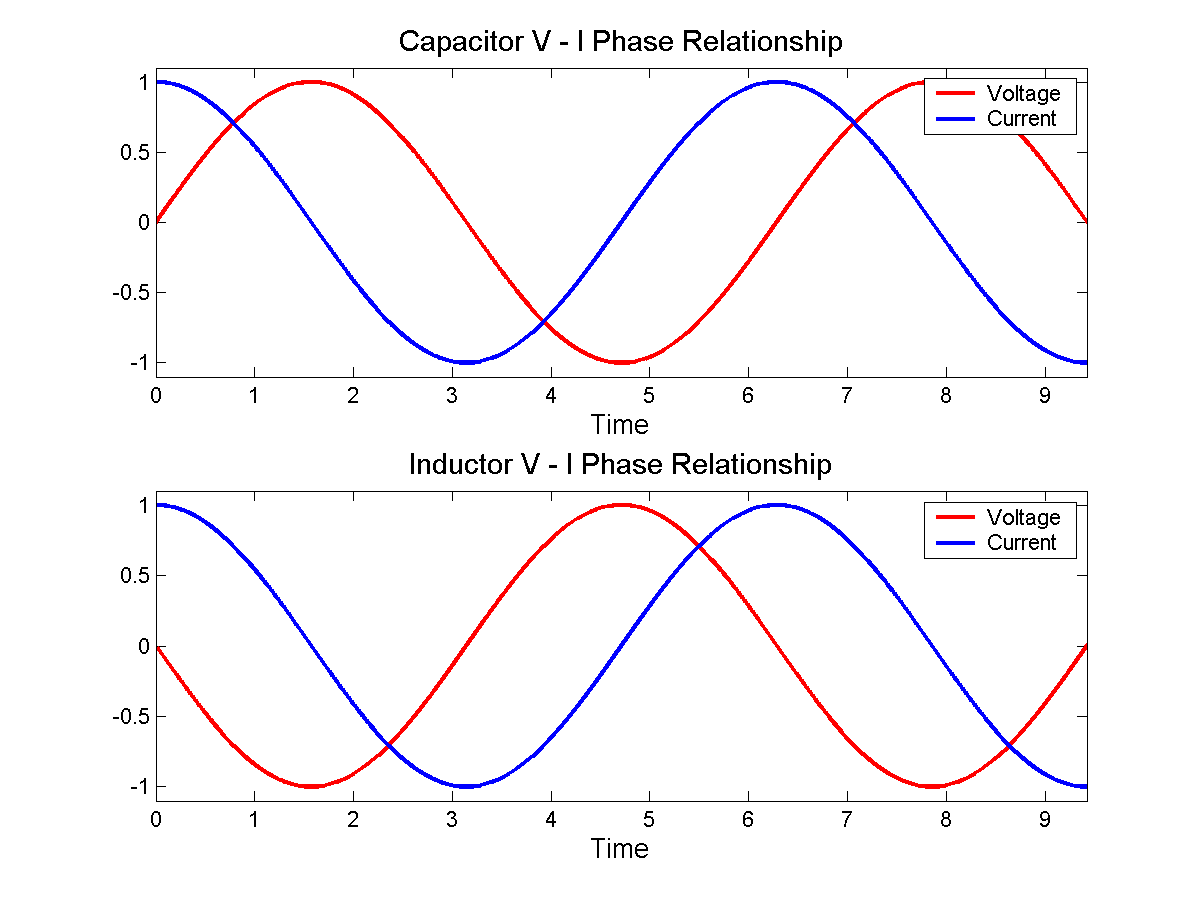 Now when you have a larger inductance, that's like a heavier flywheel. If the same voltage (force) is applied to it, then it's harder to get spinning fast. That is, the current is less. That is how inductors oppose AC currents.

Lenz's law is even more intuitive. Suppose you came across a big, heavy, fast spinning flywheel, and you tried to force its speed to zero by grabbing it. The flywheel will push you in some direction, right? This is the "back emf". It is what you get for \$v\$ in equation 3 if you force \$\mathrm di / \mathrm dt\$ to be non-zero.

Lenz's law simply says which direction the shove happens. If you ignore Lenz's law and get the direction wrong, then it becomes possible to create a perpetual motion machine.

The key thing to understand in your circuit is that Vs is an ideal voltage source, which means it doesn't control the current at all. The inductor isn't "opposing" current forced from Vs, it's changing its current in response to the voltage applied by Vs. There's no back-EMF because there's no current control. If you replace your voltage source with a sinusoidal current source, then you'll see the inductor develop its own voltage.

In the sinusoidal steady state, we're less interested in energy storage and more interested in phase shifts. From that viewpoint, the important thing is that the inductor's voltage and current are 90 degrees out of phase.

But then I don't seem to understand that 'how' this inductor opposes current.

But an inductor doesn't oppose current, it opposes changes in current. Thus, if the current is changing slowly with time, e.g., a relatively low frequency sinusoidal current, there is lower opposition.

However, if the current is changing rapidly with time, e.g., a relatively high frequency sinusoidal current, there is higher opposition.

By higher opposition, I mean that the voltage across the inductor and, thus, the flow of energy, is higher.

Essentially, the flow of energy to and from the inductor is proportional the rate of change in current. Why?

To put this in mathematical terms, it's straightforward to derive the following equation for the energy stored in the magnetic field of an inductor:

where \$i\$ is the current through the inductor.

The associated power is just the time rate of change of the energy:

Since, as mentioned before, power is (always) the product of the voltage across and current through, we have

where \$v\$ is the voltage across the inductor.

Not the answer you're looking for? Browse other questions tagged ac inductor or ask your own question.

1
Why is lenz law not applied in this crcuit analysis

3
Polarity of the induced voltage on inductor for an applied magnetic flux according to the Lenz's Law
0
A way to cancel/or harness back-emf?
2
Why does current flow in circuit when dc voltage is applied to inductor?
0
I have a question about the working of an inductor..
2
About misunderstanding of Lenz law
1
Confusion with flux and Lenz's law in an LC tank circuit
1
Lenz Law and Magnetic fields in an Inductor
1
Why is lenz law not applied in this crcuit analysis
0
Inductor Back EMF Direction Relative to Changing Current