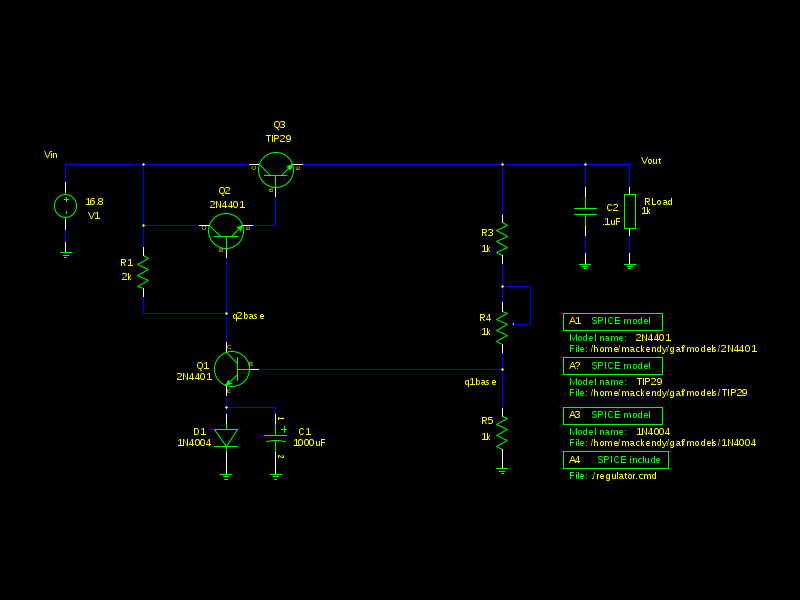 And the netlist that gets generated (witl the comments and models stripped out) is this: 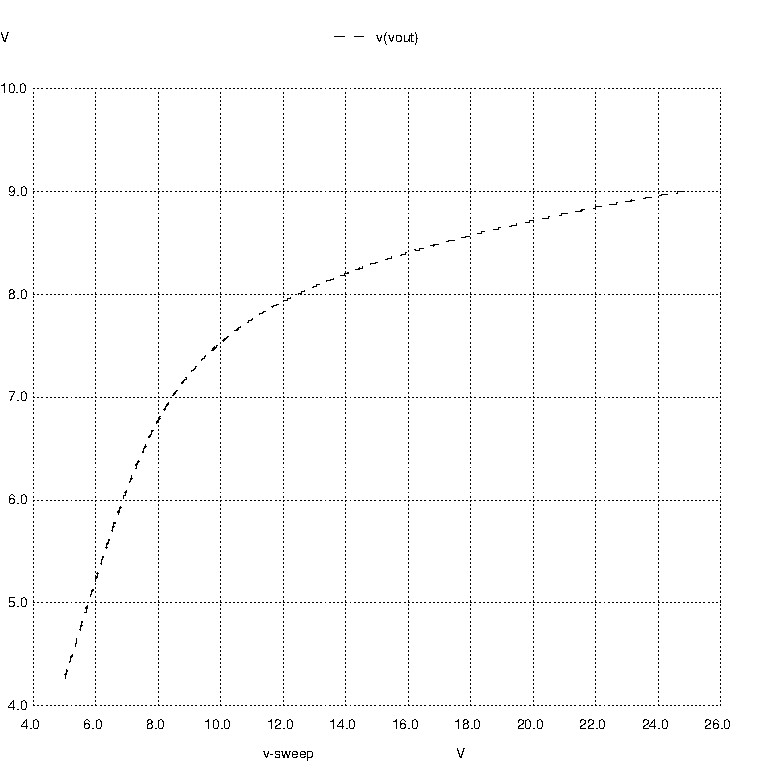 That's about what I would expect. You don't have a very good circuit there, that's the problem.

The only voltage reference is the series combination of the 1N4004 and the B-E junction of Q1. For an input voltage change from 10V to 20V, the current through those parts will change roughly an order of magnitude, so a 10%-ish change in output voltage is to be expected.

You could get somewhat better performance by replacing the 1N4004 with a green LED (however the output will no longer go down to 2V). You could also bootstrap some current from the regulated output to reduce the percentage change in the current. It will still be quite temperature sensitive (approximately PTAT, so it will change hundreds of mV for a 10°C change in temperature with 8V nominal out).

The best way would be to use a better reference such as an LM431 (which contains a band-gap reference and also has sufficient gain to replace the transistor). The minimum output voltage with this configuration is Vref, which is nominally 1.2495V. You do need to ensure 1mA (minimum) gets to the TL431 with minimum input voltage.

Speaking in terms of control theory it is the LOOP GAIN which is too low for good regulation characteristics. In many good working systems we have an opamp (without internal feedback) as part of the control loop (instead of a single transistor). It is a well known fact that a large loop gain is required to keep the error signal (difference between input and feedback signal) at a low value.

Not the answer you're looking for? Browse other questions tagged voltage-regulator spice linear-regulator or ask your own question.