I am making a simple project using ATmega8 microchip. I uploaded this code to the AVR:

It basically turns on and off two different LED's which are connected to pin (AIN0) PD6 and (AIN1) PD7. 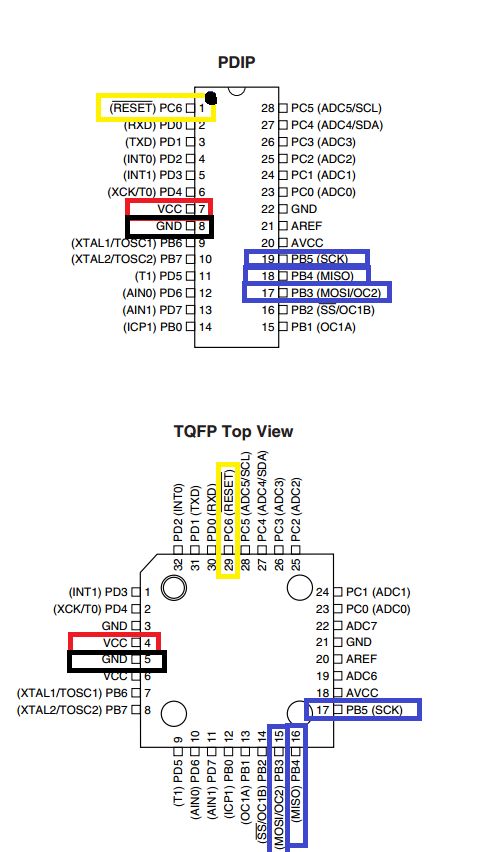 Why I am having this issue? Is it about the code that I wrote or is it about the chip itself? On the other hand when I light just one of the LED's on either PD6 or PD7 with a simple code it works just fine. So there is no problem with pins, connections or LED's I use. (I also could not copy and paste the package names here correctly! So it is correct too.)

To fix this use this instead of both initialisations:

you can also use this:

if you want to setup more outputs use |= instead of =.

Not the answer you're looking for? Browse other questions tagged led avr atmega c or ask your own question.