Current limitation of a power supply by using transistors

DALI standard limits the maximum current as 250mA. I have a 12V source that is capable of supplying more current. I implemented from one of Motorola reference design the below schematics that limits the 12V source to 250mA. 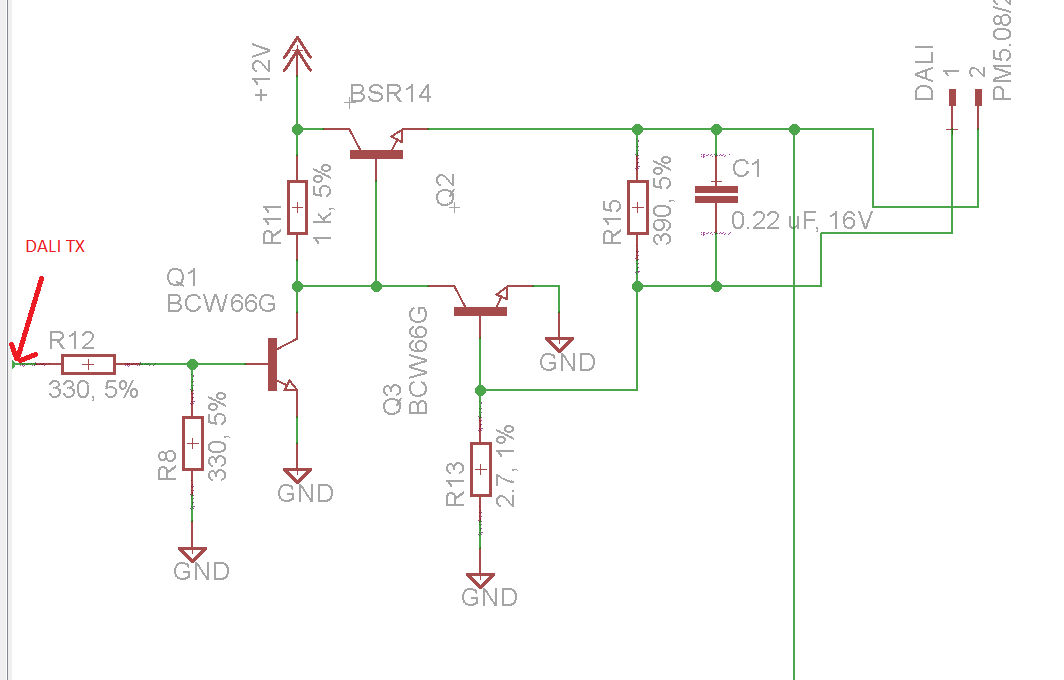 DALI has 2 wires which are short circuited. so TX and RX can be thought as a loop. when 250mA is driven by R13 (2.7), it turns on Q3 which switches off the Q2 transistor, so that the power supply. It usually works fine but I experience that Q3 transistor burns. When Q3 burns it makes the all circuit to be useless. It happens rarely but it is till not a reliable solution. As it happens rarely I don't know how I can debug it. I assume a spike may cause the problem.

How can I improve the circuit so that Q3 would not burn and it would still limits the current supply to 250mA? Or would there be a better solution instead of the below circuit?

If you replace Q3 with a much larger transistor (with some kind of a heatsink) then it should survive an output short of substantial (or indefinite) duration, depending on the heatsink.

Note however that that if the output can be shorted to your circuit ground, then it bypasses the current sensing and the output current will not be limited at all except by the gain of Q3 and the power supply.

If you could put the current-limit transistor directly in series it would avoid that potential problem. For example:

You still need a BFT (big fat transistor) for the output driver.

Not the answer you're looking for? Browse other questions tagged transistors current-limiting dali or ask your own question.