here is a pic: 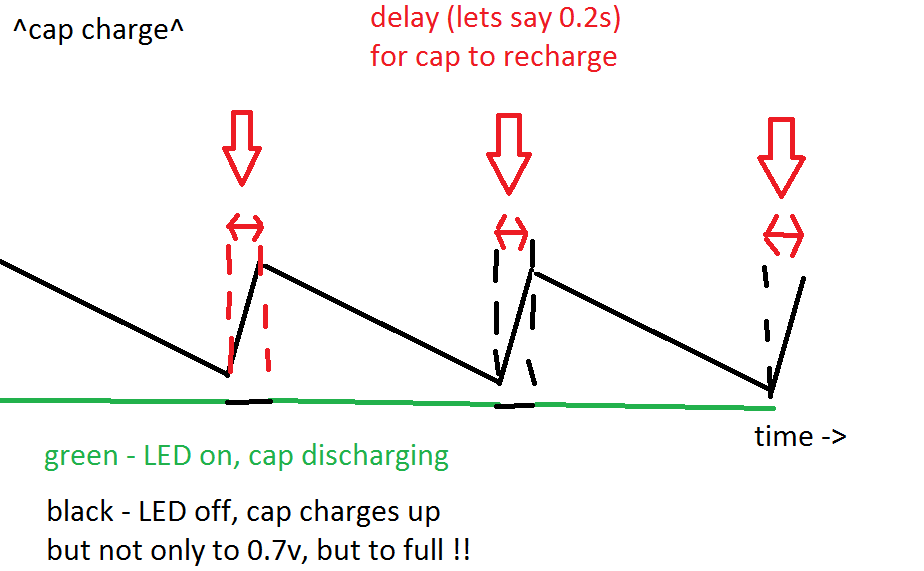 A little while ago I was trying to think of a way to replicate the basic functionality of a LM3909 (now obsolete). I wanted a short flash, followed by a long-ish delay (about 5-10 seconds) and I ended up with a circuit which looked something like this: 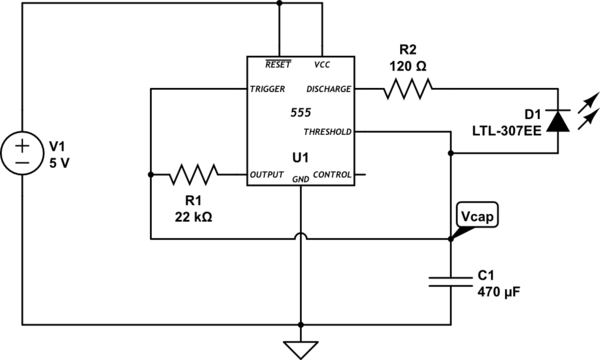 I was also trying to waste as little energy as I could get away with, so I thought that using the charge in the cap to light the LED was a much better idea than just dumping it (although the way the LM3909 could switch the cap to be in series with its supply was even better).

In your case you want the timing reversed, so this requires a few small changes (a diode and a larger cap).

Unfortunately this circuit doesn't really give you much control over the voltage levels at which it switches between charging and discharging. You could get some variation by driving the 555's Control pin to something other than its default 2/3 Vcc, but that would also affect the timing of the circuit.

Not the answer you're looking for? Browse other questions tagged transistors capacitor not-gate or ask your own question.

1
Controlled charging of a capacitor
3
emitter to base amazing transistor effect
5
Can I use a capacitor and a transistor to create a circuit which automatically turns off an LED after a period of time?
2
Can someone explain how this circuit works? I have an idea but I dont know if its correct
0
NE555 Circuit stops working after random time
0
Weird circuit behavior at breadboard
2
AM Radio Wave LED Indicator