Why is the depletion region formed by minority carriers?

While I was studying about the working of transistors I came across a term called the depletion region which stops the flow of electrons from one place to another. A doubt that came to me was why couldn't the majority carriers form a depletion region?

You don't mention a specific type of transistor so I am going to explain generally only the physical principles.

You can think of a transistor as two connected pn junctions.

The formation of the depletion region in a pn junction:

A pn junction in forward bias:

And in reverse bias:

I think the answer for this is in this image 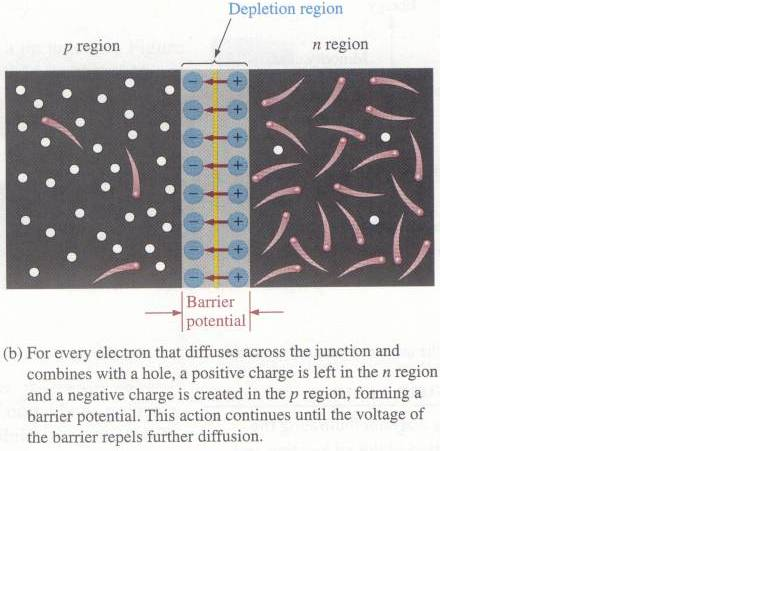 This shows that only when the majority carrier(s) transfer from one region to another,minory carriers in effect really produce the depletion region.

4
BJT in Active/Linear mode -- How can it still conduct current?
11
Where are the depletion PMOS transistors?
1
Depletion Region of a FET
11
Why can current flow through the reverse biased base-collector junction (N-P junction) in a BJT with a forward biased base-emitter junction?
0
How collector-base junction in BJT works
0
Why is the Collector current of a BJT transistor independent of the Collector Base voltage?
1
Thickness of Depletion region, transistor
1
Why does a MOSFET enter saturation?
1
Describing the process of pinching off of a n channel in JFET
0
Why is the depletion layer near the emitter region narrower than the collector region?