I'm trying to learn to use Altium and am having a really difficult time finding components. I discovered capacitors and resistors in Vault Explorer->Unified Components->Components - Generic, but how do I find other basic elements such as LEDs?

I tried searching the vault for LED, but there are thousands of search results and I can't figure out a way to specify a package type (I'm wanting 0805).

I assume it's a good idea to try to avoid making new components in Altium (i.e. re-inventing the wheel) because it takes a long time.

To my knowledge, making a new component in Altium requires these steps (at a minimum):

For me, at least, all of this takes a really long time!

Making the footprint is generally one of the fastest of all the things you need to do. There are Wizards in Altium that help you make IPC-compliant footprints quickly, and you can set the text height, silk screen line widths and so on to conform to your specific requirements and so your boards have a consistent appearance and set of manufacturing requirements.

Populating the data base with all the things that should be there (vendors, part numbers, alternates, prices, and so on) takes longer. Making a 3D body, if you need to, can take a lot longer depending on your proficiency with 3D parametric modelling software and whether you want to do a good job, a spectacularly good job, or something more slapdash. Here's a rendering of an LED body I did some time ago- the actual die dimensions and position is shown but I didn't bother with the bond wire. The typical library parts often have a crude 3D block or nothing at all. 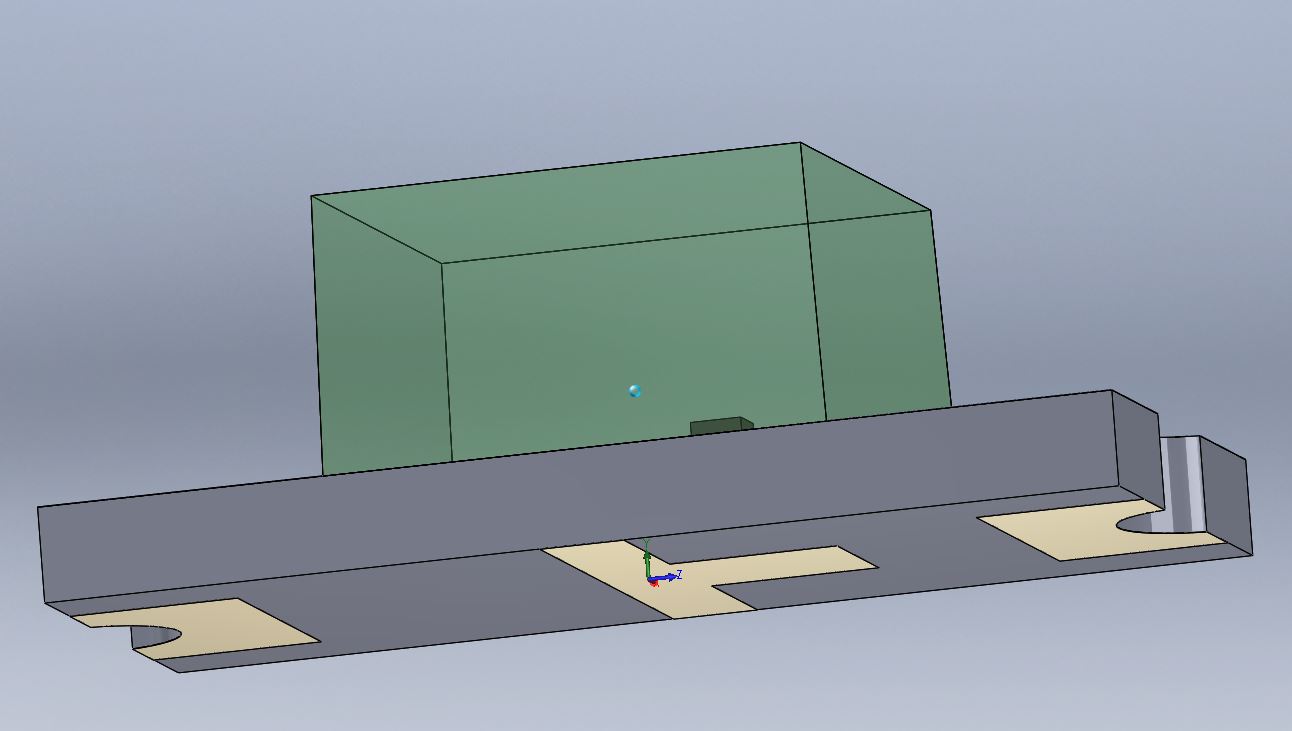 You only make the part once and you can re-use it thereafter. It's a big hassle to add parts to inventory for the rest of the company, so maybe it will make you think twice about reuse.

Anyway, if you're at the beginner stage (we've all been there) and you just want to get going, use an 0805 resistor and it will be sub-optimal but usable (ignoring the 3D features and such like). You can edit it to show the polarity and save it in a library of your own. You can also download someone else's library that's been done more-or-less properly and (hopefully) learn from that and create your own as you gain experience. IIRC, the 0805 and other Imperial standard footprints may use the metric equivalent numbers (2012 for 0805) as part of their names.

17
Are Altium Vaults worth it for a small company?
9
Conventional way to manage and use the libraries in Altium
0
Altium - Use an existing component symbol for another component
0
Altium Designer route hint missing
1
Altium Designer IPC Footprint wizard error for chip components
0
Where is the arrange components inside area button in Altium 19?
0
In Altium, how to open the symbol and PCB footprint of a given component from the schematic view?
0
Altium Designer: How to automatically find out if pin designator does not match between schematic symbol and footprint?