Turning on a LED with negative voltage

I have been using this fuse blown indicator circuit for a bit, it basically works perfectly fine with positive voltages no matter if there is or nor a load connected

The problem starts when I feed the circuit with negative voltages, as you can see in the picture my MOSFET never activates, It simply won't work as intended, even if I decide to turn around the LED, it uses ground as reference and it actually turns on the led but stays on permanently (meaning the mosfet doesn't open) since it's using GND as reference and providing 5v to the led and resistor in inverse polarization.

Already tried putting some diodes at the bottom but the MOSFET still doesn't respond. My question here is, how can I activate the MOSFET using negative voltages? Considering I will also use this circuit with -12v in the future, I'm thinking of using an inverter but I would like to hear some feedback before I do this.

This will work for negative input voltages. Take care not to exceed the maximum gate voltage of the MOSFET (add a zener diode if necessary to protect the MOSFET). Also the MOSFET must turn on sufficiently at the input voltage, so you may need to use a logic-level N-channel MOSFET for -5V in. 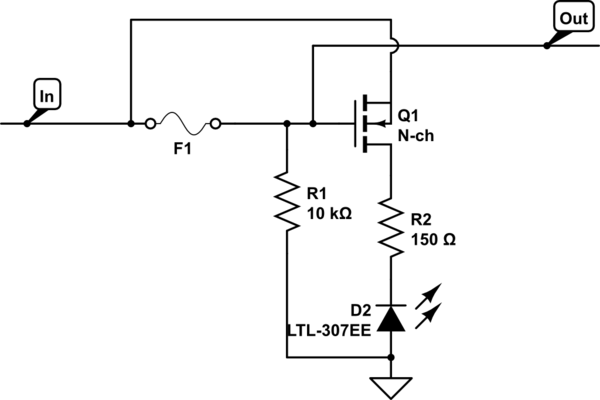 Replace the PMOS with an NMOS and flip the LED around.

Alongside the theory hopefully someone can confirm this to me

i had to sit for a while and read about how mosfets work, basically get activated by a voltage above 2.5v between Source and gate, this allows the current to flow from Source to Drain

in my circuits, using the PMOS for positive voltage and NMOS for negative voltage, i had to add zener diodes with a 5.1v value to protect the gate from any kind of transient that can kill the gate inm the NMOS the led goes fliped since im using negative voltages from the source 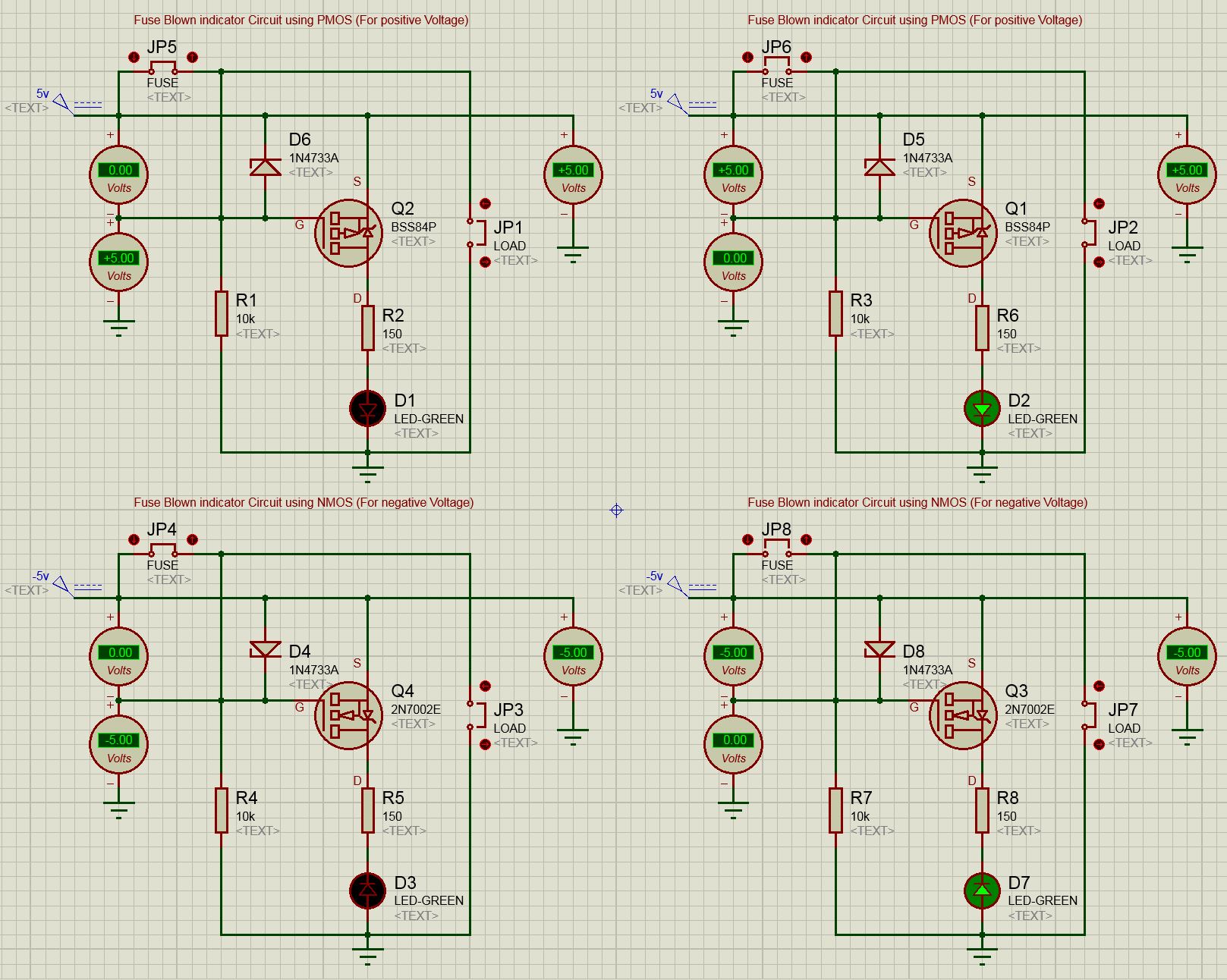 Not the answer you're looking for? Browse other questions tagged led mosfet fuses or ask your own question.