If voltage can exist while current is 0...?

In the following diagram voltage can exist without current since it's an open circuit: 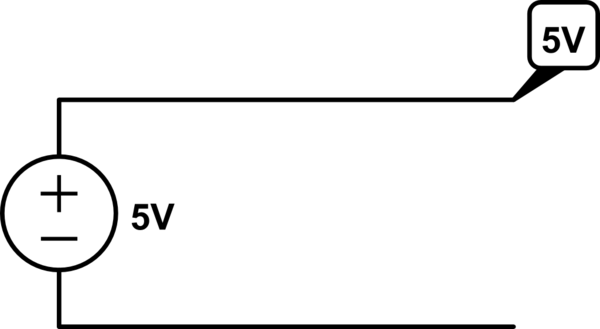 Can a voltage source in an open circuit with 0 current effect a circuit like so: 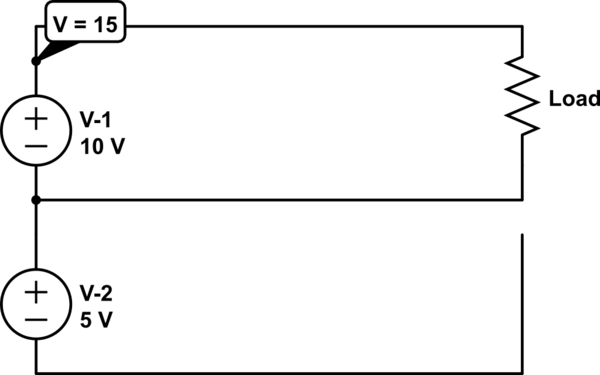 So that current would be equal to what is outputted from V-1, yet the voltage is increased to 15V due to V-2?

Because in this circuit voltage can increase even if it's an open circuit: 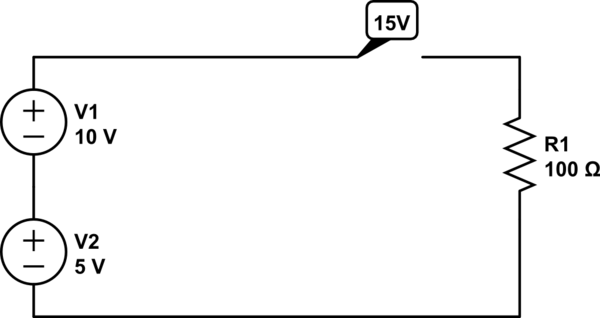 The clue to voltage is in it's proper name: Potential Difference.

Voltage isn't a real thing, it's just the difference between two things.

Imagine, if you will, a tank of water. Say it's 1m on each side, and you fill it to a depth of 10cm. You lift the tank up off the ground to a height of 1m. So the top of the water is 1.1m above the ground.

Now you make a hole in the bottom of the tank. The water flows out of the hole.

Until you had made that hole (created a circuit) the difference in heights still existed.

Make the same hole, and the water comes out with more force due to the increased weight of the water in the tank - the greater potential difference causing greater current to flow.

Your second diagram is deceiving because pointing to a single point, and saying "N volts" is basically meaningless by itself.

For voltage to make any sense, you need to specify two points. A voltmeter (for example) has two inputs, and you connect one of those inputs to each of those two points.

Now, it's true that in many circuit diagrams you'll see things like +5V or 3V3, or things like that. When you see this, however, it means there's some implied reference point, usually marked as the ground. So, a marking like "5V" really means "this point will be at 5 volts above ground".

Here, the point you've marked as "V=15" depends on what you choose as the reference point (the ground, if you will). For the moment, let's leave the resistor out of the circuit, since it's (mostly) irrelevant to the question at hand. Instead, let's consider something like this: 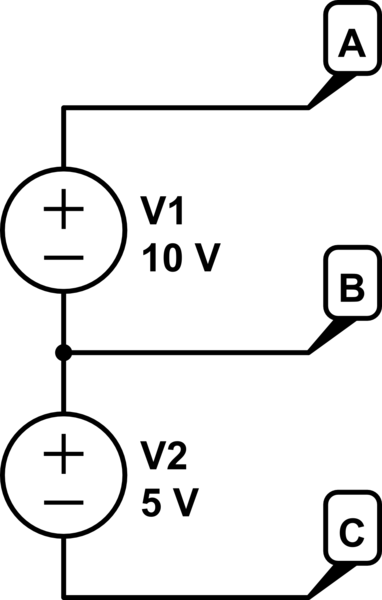