Given a solenoidal coil, if it is wound in one sense (say clockwise), would the output from it, in terms of polarity, be equivalent to another coil, wound in the opposite sense (counter-clockwise), with its lead also swapped? In other words, does switching the leads from an inductive coil produce the same effect as changing the winding direction of the the coil?

For a transformer, this is slightly more complex, because now it is the relative winding sense of one coil with respect to the other, the primary to the secondary. For instance, if both coils were wound clockwise or counterclockwise, would the polarity from one coil to the next would correlate in one way, but if one coil was wound clockwise and the other counter-clockwise, would the polarities correlate in the opposite way?

Here is a diagram to illustrate this question: 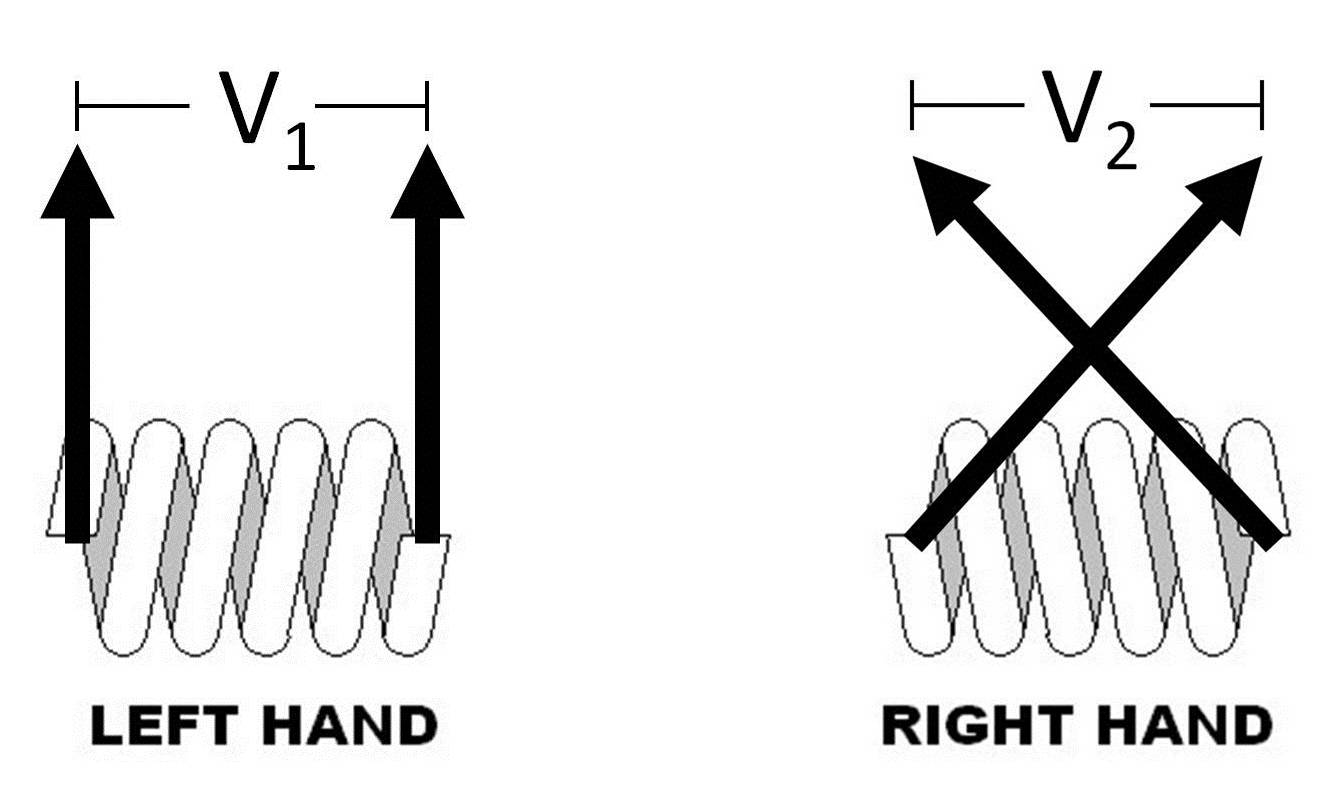 A mathematical (or at least graphical) proof of this would be helpful.

Changing the current flow direction in the windings of a coil is the same as reversing the winding rotation direction.

For a transformer, if both coils are wound identically then the polarity in the secondary will match the polarity in the primary. Imagine you wind two parallel windings and connected the two coils together - you wouldn't suddenly find that there is any problem with this - litz wire relies on this of course. If you open circuited one of those paralleled coils while still applying voltage to the other, you'd find the voltages were the same polarity and virtually indisinguishable for each other when tightly coupled.

Not the answer you're looking for? Browse other questions tagged transformer inductor coil polarity winding or ask your own question.

0
How to wind an inductor

1
Does the coil's winding material matter?
2
Induced voltages and flux within a transformer and their polarities
0
Unidentified Inductor type - opposing turn wound toroid?
0
Identifying a multiple secondary unknown transformer
0
Is my rotor/stator configuration correct?
0
Transformer with opposite polarity in primary and secondary coil
4
Question about ideal transformers and inductors
0
Inductor coils, core, and a gap between
1
Back EMF in a transformer with an external power source to the secondary coil
0
A coil I built has divergent measurements respective to wire resistance and AWG size