Why 555 timer IC has three 5k resistances and not any other values? 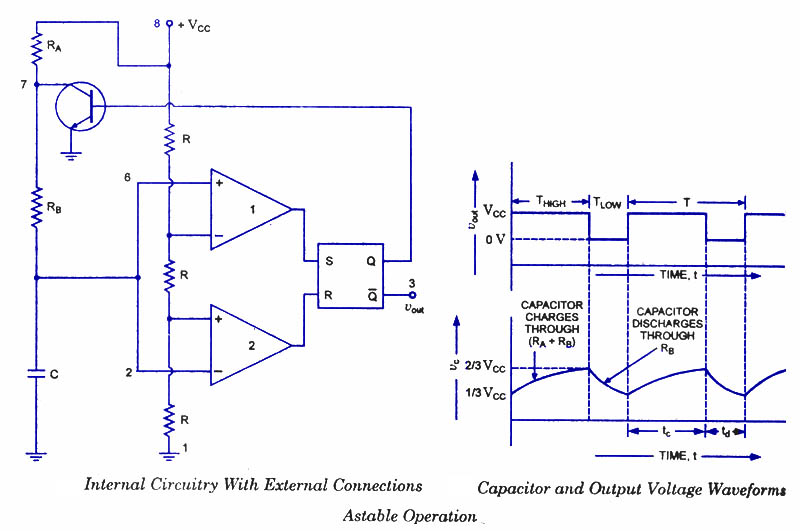 The original 555 with 5K resistors: 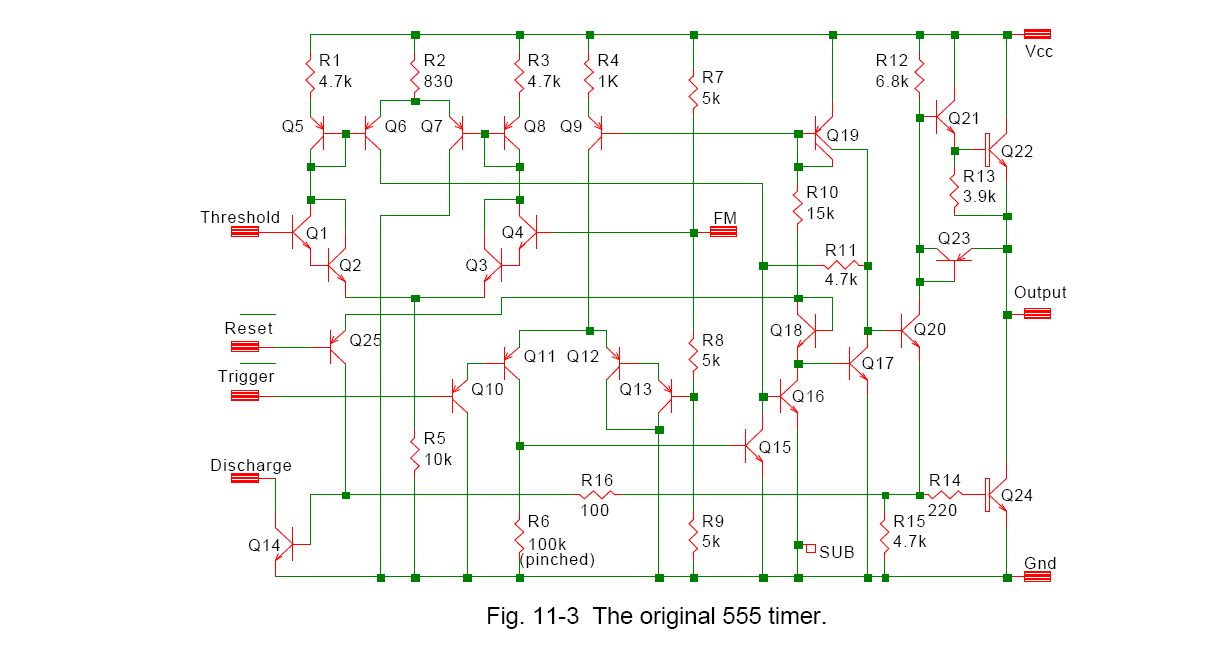 And here is a CMOS version with 40K resistors:

The choice of resistors for R7, R8, R9 (bipolar version) would be influenced by two things-

2) The desire to minimize temperature variations due to beta changes of Darlington pairs Q3/Q4 and Q12/Q13.

The second point does not apply to the CMOS version.

It's easy to see that the Thevenin equivalent source resistance for either node is 2/3 of the resistor value.

We can easily divine what the production limits are on the currents drawn at those nodes from a 555 datasheet- the circuit is symmetrical (horizontally) and the currents will be the same as the trigger and threshold currents. The currents are quite different, probably because of the low beta of the lateral PNPs.

Hans Camenzind says the comparator offset can be as large as 30mV, which implies a large offset voltage on top of the 7mV maximum due to the input bias current, but the input bias current is quite variable with temperature (maybe 3:1 over operating range). If we assume it changes from 0.7uA to 2uA, at 5V that would be a change in threshold of 0.25% or about 15ppm/K. Overall actual accuracy is about 24ppm/K, so the resistors are not overly dominant (the offset will change at something like proportional to absolute temperature).

Back in the 70's, 10mA at 15V or 3mA at 5V was considered reasonably low power, so HC probably chose the resistors as being "reasonable" -- not too big and not too small, and this was all pre-computers so he would not have had the option of running an optimization routine to get odd value that minimized some arbitrary cost function.

Here's the actual die photo (as taken by HC and published in IEEE Spectrum), with the resistors highlighted. 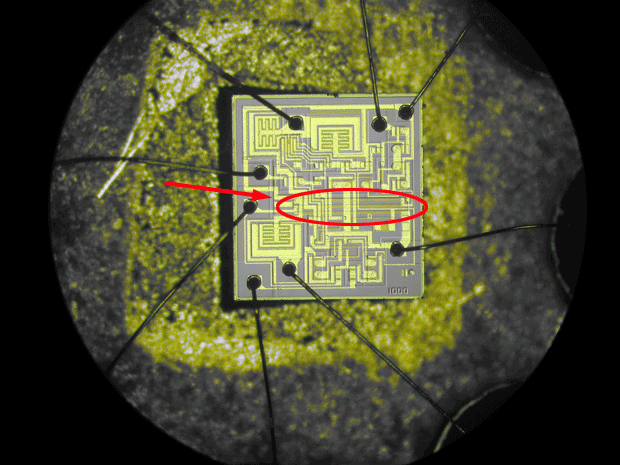 It doesn't matter what the exact value is, as long as all three resistors have the same value.

The value is a tradeoff among various design constraints. On one hand, you want the value to be large, to minimize the quiescent current requirements of the chip. On the other hand, large-value resistors take up a lot of physical space on the chip. There is also the consideration that you want the input bias currents of the comparators to be a tiny fraction of the current in the resistors.

Taking all of this into account, the designer settled on a value of around 5K.

Let's look at the silicon!

The three 5k resistors are the horizontal bars at the top of the chip. Making resistors in silicon is a pain; the available materials are all fairly conductive, so it's hard to make large-value accurate resistors. At the time of design of the 555 the minimum feature size was quite large, large enough to be seen with an optical microscope as in that photo. There's the additional design constraint that those resistors affect the accuracy of the timer. That probably determines the choice of the material, which will have a certain resistance in ohms per micrometer.

From there, we can see that the 5k resistors could not be made much larger in the available space. Perhaps they could have been made 6k, but choosing 5k makes it simpler for the users of the chip to compute timer values by hand.

(I think the "5.0E" on the chip there is actually a registration mark indicating that that's layer 5, like the smaller ones at the top of the chip. Not a component value.)