I'm using 2x IR leds and 2x phototransistors and a MSP430F5529. One pair of phototransistor-Led go in the upper level and the other in a lower level.

The signals collected are very similar but phase shifted as expected.

I analysed the data collected in Matlab software and used the cross correlation algorithm to calculate the phase shift between them, in windows of 250 points.

The results were very good, but sometimes the algorithm results in values of zero phase shift. And analysing the plot, it can be seen, visually, that the 2 waves have a nonzero phase shift.

An example of a window is showed below. 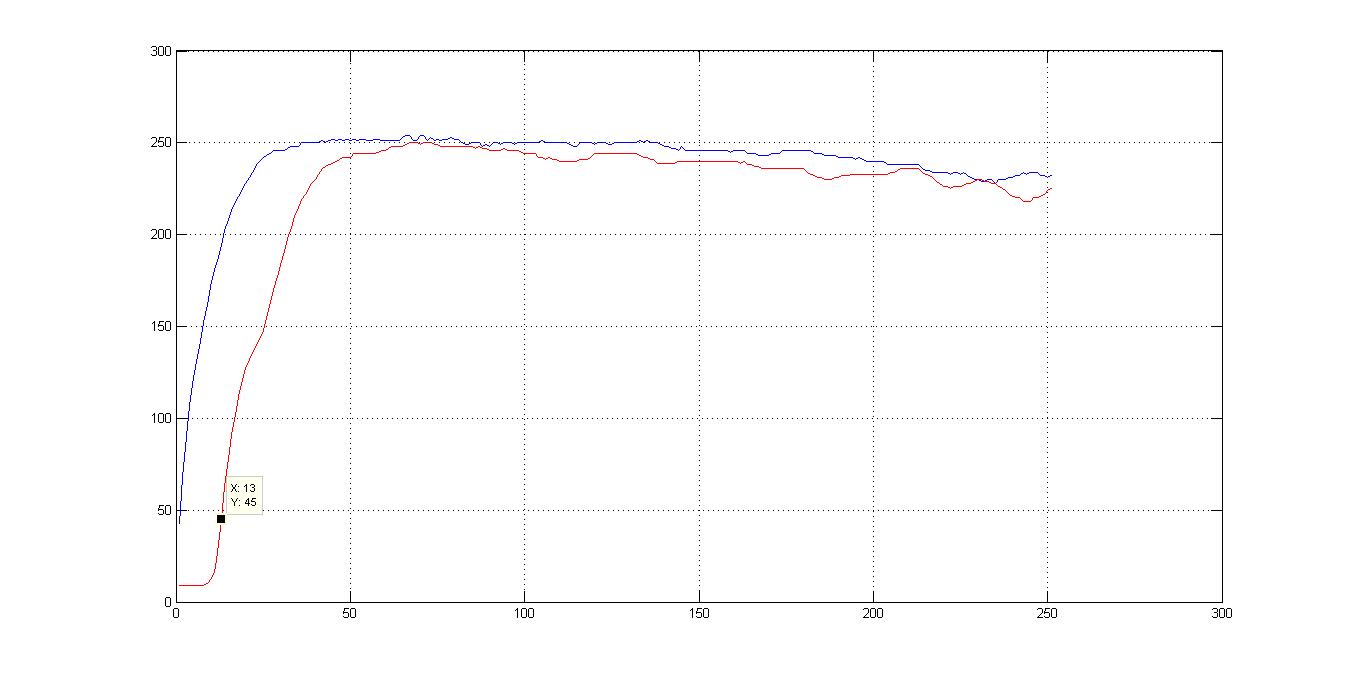 For this 2 signals, the cross correlation results 0. But as can be seen, the 2 signals are phase shifted by about 13 points.

I know that the cross correlation algorithm will give me the delay of the maximum value of the multiplication of each point. But how I can calculate the phase shift between 2 signals like this example?

I believe that the answer is here. Pay attention that xcorr() function returns value that is twice the size (minus 1) of the original vectors' length.

Not the answer you're looking for? Browse other questions tagged microcontroller embedded matlab or ask your own question.

5
Interfacing AVR microcontroller to ADC, waveform generator and other peripherals
2
Not getting correct values in I2C interfacing in Atmega
0
Collecting values for certain time and store it once
0
Changing ltspice export from cortesian to voltage values when using AC anlysis
0
Getting Accelerometer values from MPU 6050
1
Can the Kalman gain matrix contain negative values or absolute values greater than 1?
0
Time Auto-correlation function for a polar reutrn-to-zero waveform