I'm trying to build a switching regulator using the TPS54383 dual output regulator, Now I've got most of the components and schematic figured out here.

Except the inductor's and diode; I'm running one output at 12V with a possible draw of 3A and the other at 5V with a maximum draw of 500mA. What value's should I be looking at when ordering a diode and inductor?

I already know my inductance values. I need to know what they should be treated for, such as sat and rms values

If the maximum load current is 3A, then you know one thing - the inductor saturation current has to be above this value. 3A flowing in your load is also the average current flowing in the inductor and providing the regulator doesn't enter discontinuous mode, the peak inductor current won't get above 6 amps. 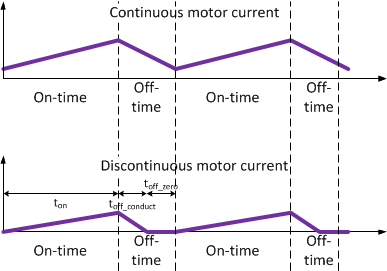 It's probably a good idea/rule of thumb to make the ripple p-p current about the same as the full-load average current (as an approximation to best practise) and this means the peak inductor current will be 4.5 amps on full load.

For decent efficiency you should choose and inductor that is probably rated twice this value for saturation current. Another rule of thumb.

As for the flyback diode I'd probably choose a 5A device off the top of my head and without going into the details of the device because it's too much to expect!

share|improve this answer
edited 2 days ago

Not the answer you're looking for? Browse other questions tagged voltage-regulator components switch-mode-power-supply component-selection or ask your own question.