How to determine the transfer function of a system including disturbances

I'm trying to determine the open-loop transfer function of the system below (in order to determine PID gains). 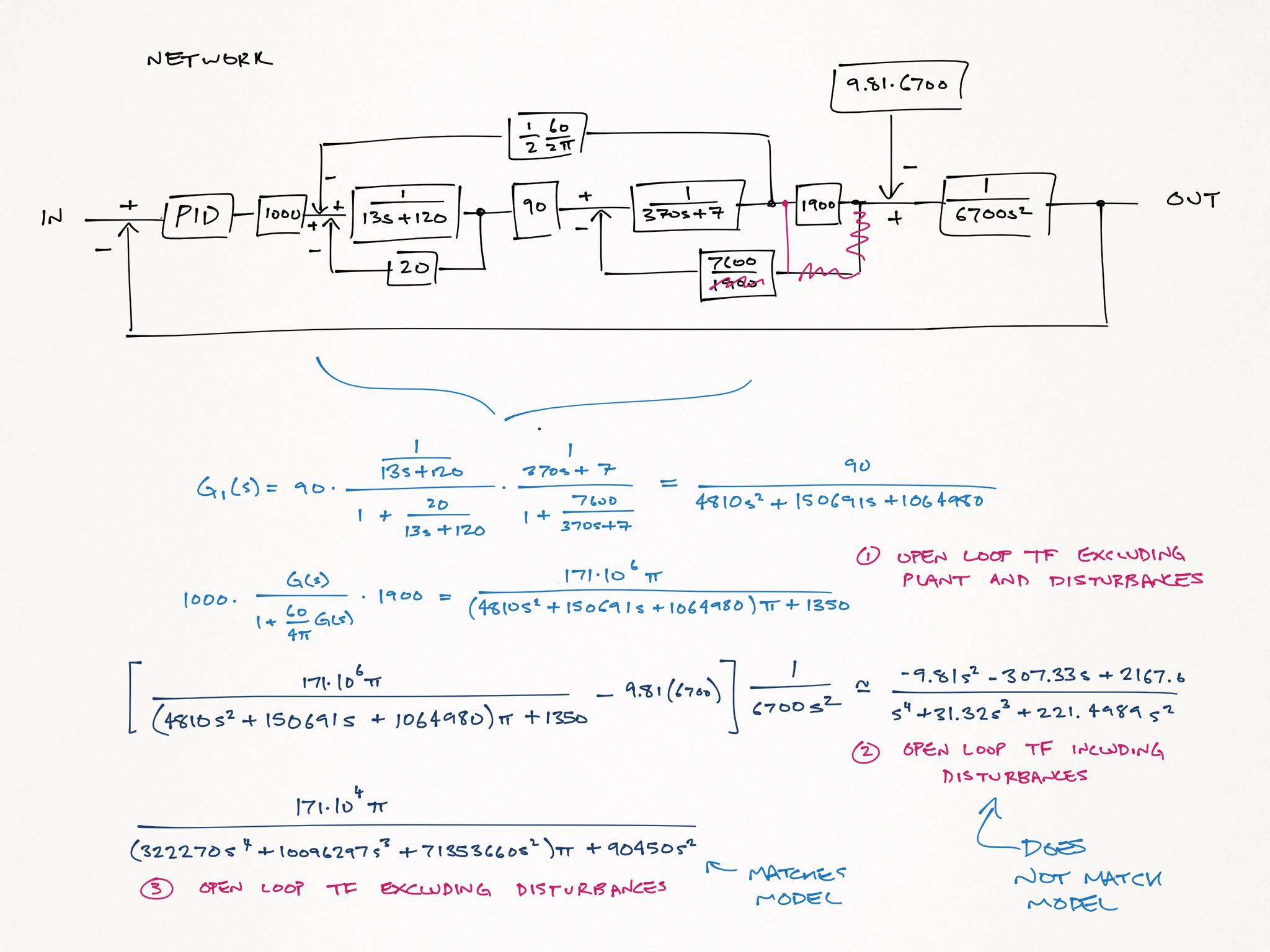 How should I account for the disturbances when determining the transfer function? And why is the method I'm using incorrect?

It is the purpose of such a (complicated) feedback arrangement to process the input signal in a certain manner ("Follower" control, mostly specified in the time domain) as well as to reject any disturbances as much as possible.

That means: You cannot define a transfer function that considers both inputs (signal and disturbance) at the same time.

Comment 2: Of course, you can determine the combined output signal in presence of both sigbnal and disturbance.

Not the answer you're looking for? Browse other questions tagged control-system pid-controller transfer-function or ask your own question.