'bridges' on a PCB copper layer

I've come across a design where each pad was connected using 4 'bridges' to the GND copper layar. What stands behind these 'bridges'? Why not make a full copper layer with only solder-mask defining the pads? 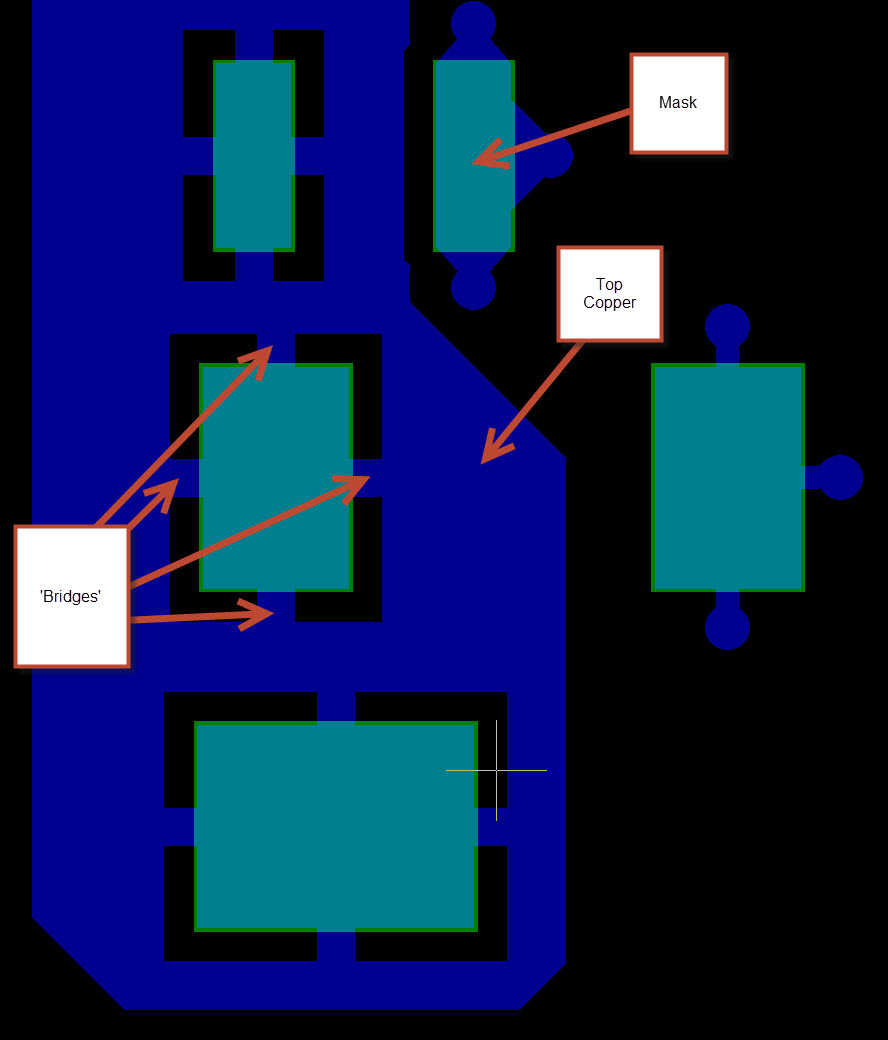 No, they are not bridges, they are pads with thermal relief.

The "bridge" that you called are also called the "spoke". The below image is a thermal pattern with 4 spokes used. 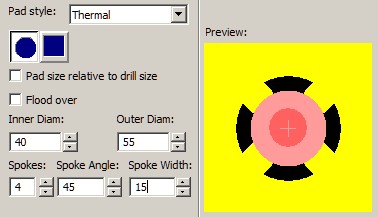 If you hand solder a through hole chip ground pin directly connected to ground plane you will discover a problem; soldering becomes very difficult since the soldering iron heat is all sink by the via and ground plane. This problem becomes more serious with heavier copper plane such as two once or more, obviously it’s also depend on the area of the plane.

27
Why are GND pads often only connected by four traces?

14
Solder Mask and Cream in Eagle
3
Connecting copper pours in Cadence (OrCAD) PCB Designer
4
QFN Standoff (Solder Joint) Height
3
PCB fab and assembly, how to resolve width problem between adjacent pads?
0
Placing the pads of SMD components in different layers (KiCad PCB design)
1
Clarification on solder mask aperture in PCB?
0
Do PCB routing vias require soldermask expansion?
1
What is the best method for placing text on copper?
0
Soldering the thermal pad of an SMD onto a PCB by heating the bottom with a solder gun