How does this circuit give DC output?

I don't understand how this circuit works. I'm not sure if it's correct. It should give a DC output, but how would it do that? 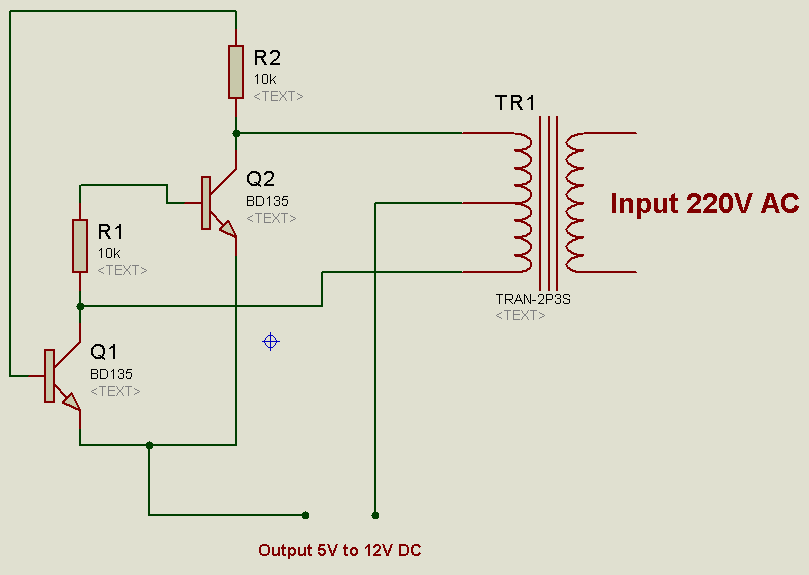 Edit: As drawn, this is a clever synchronous rectifier using BJTs as very-low-drop diodes. It would be suitable for a measuring instrument since the voltage drop is very low (no diode drop loss). A full-wave rectified output appears at the terminals.

If you reverse it (the way you'd normally draw it with flow from left to right), you get this:

This circuit is called a blocking oscillator. The input is the DC and it produces a kind of square wave high voltage AC at the output of the transformer.

It depends on either the transistor coming out of saturation (due to insufficient base current for the current at the collector, which increases with on-time) or the transformer saturating (due to core saturation due to the high collector current) for the turn-off.

They're not very well controlled or very efficient circuits, but back in the dark ages, I made some simple inverters that were not much more than a 'filament transformer' a couple 2N3055s and some resistors (plus a snubber) (similar to this) that could run small AC-powered measuring instruments from a 12VDC source.

I think you (or the author) got the input and output swapped. This seems to be a circuit for generating a sort-of 220V AC output from a 5-12V DC input. The two transistors and the secondaries of the transformer (here used as primaries!) form an oscillator. A comparable circuit can be found here:

Not the answer you're looking for? Browse other questions tagged transistors transformer dc ac or ask your own question.