Is it bad to route a trace edge of a rectangular pad?

I got a quick friendly critic from someone in production for the below trace that I should not route the trace from the edge of a pad. What he said that it would create an extra force to the trace that might cause problem especially for smaller pad size in the production. 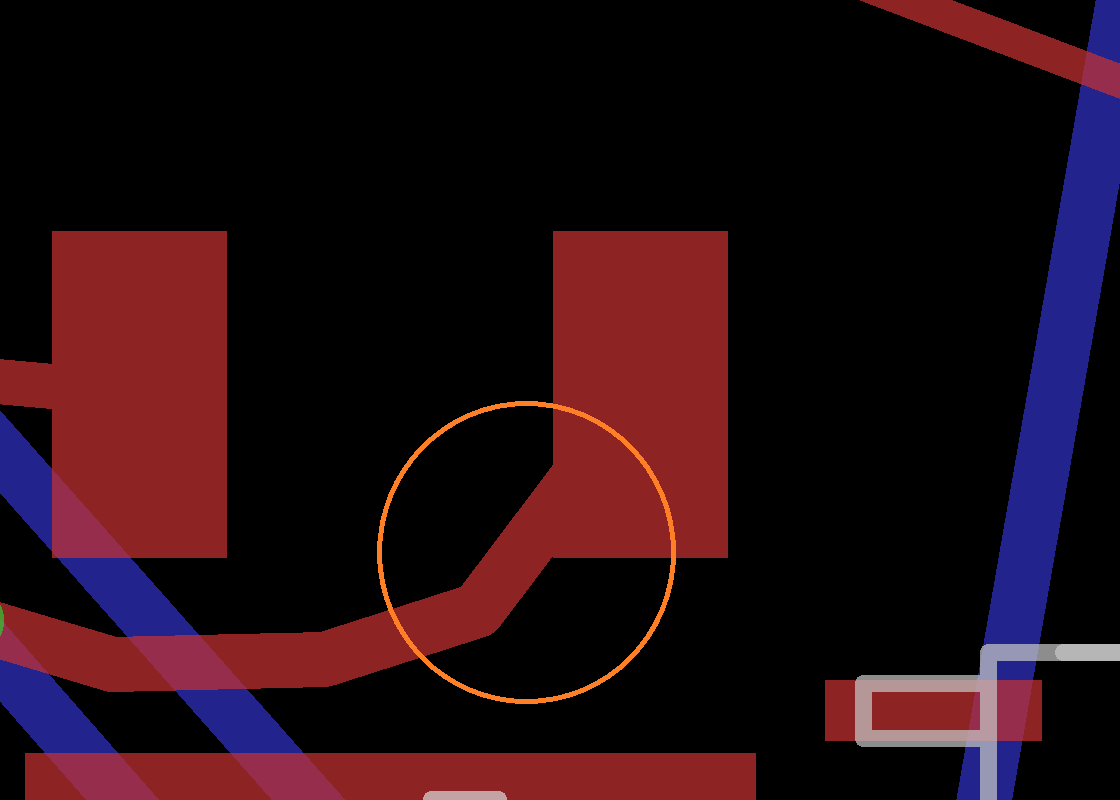 I could not really clearly understand what is the problem. If there is a force in the trace direction, I can imagine that it may break the trace, but is it something may occur during the pick and place machine or is it an after production concern? Could anyone please help me to understand what kind of problem may occur and how likely is it to happen?

Keep in mind that the solder mask will be expanded by some mils (the exact number depending on the manufacturing process you're designing for) around the pad so you'll get an asymmetric pad shape that will tend to pull the package. Probably not a big deal, but it also looks ugly. If you had a bunch heading off in the same direction (or, worse, antisymmetric on top and bottom rows) it might become an issue- symptom would be a rotation of the package during the soldering process.

The same trace seems to bend unnecessarily close to the left pad and is at an angle close to horizontal but not quite- try to maximize clearances and keep almost-horizontal traces horizontal. A 45 degree snap on angles works well for most purposes.

"Unusual" geometry (which is a relative term, of course), can result in less effective inspection by humans and machines -- since a 'false positive' may be created; the more of these you have, the less likely a real issue may be noticed.

Not the answer you're looking for? Browse other questions tagged pcb pcb-design pcb-fabrication pcb-assembly or ask your own question.

0
gold finger plating needed on prototype board edge connector?
28
Is it better to route a pad to a trace, or a trace through a pad?
14
How to select FR-4 board thickness
1
Can I cross the output inductor trace with input power line?
8
Panelization (& Depaneling) a Metal Core PCB
5
Good way to affordably manufacture low-quantity PCB?
15
Replace SOT-23 (5 pin) package in production with wire
4
AC signal and ground plane with another trace passing between - is this bad?
5
How to minimise trace fracturing in PCB design - multiple thin traces or one thick?