My question is regarding RF measurement systems which use antennas signal arrival time as principle of operation e.g. GPS. It is known that impedance of well-matched antenna immersed in lossy dielectric is changed. Like in this case of an antenna covered by snow. Thus the complex input impedance Z of the antenna depends on the surrounding environment. From the circuit theory we know a relation between Z and a phase shift associated to it as: $$ \Theta=atan(X/R) $$ where $$ Z=R+jX $$

So a radar altimeter on airplane passing through a dense cloud would give false altitude reading?

In the literature I see the topic of antenna equivalent circuits vs. lossy dielectric environment is well covered, however no one considered what does it mean from the time domain point of view. Is my reasoning, that antenna intrinsically adds a phase shift, expressed by formula given above, correct?

I don't think you understand how GPS works. Each satellite transmits a pseudo-random sequence of bits, and the receiver compares the difference in time of arrival between them. By comparing the relative delays of three or more satellites, combined with knowledge of the satellite's position at that instant (which is also transmitted), the receiver can triangulate its position.

Because the receiver is comparing relative times, any delay that is equal to all the signals is irrelevant.

It would not make sense for a GPS receiver to rely on absolute time of arrival because that would require each receiver to contain an extremely accurate atomic clock for reference.

It also would not make sense for a GPS receiver to rely on phase. All you need to do to alter the phase of the received signal is rotate the antenna. Does rotating your GPS receiver change your reported position? I hope not!

I'd further point out that the formula you reference (\$\theta=\tan^{-1}(X/R)\$) does not mean the antenna is introducing a phase shift. It's simply the phase angle of the impedance of the antenna. 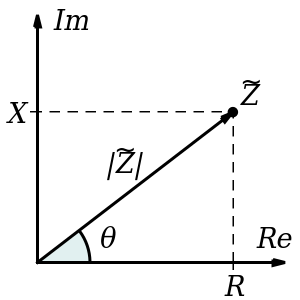 A phase angle of \$\theta\$ means that if you put apply a sinusoidal voltage to that impedance, the phase of the current will lag that of voltage by \$\theta\$. This may or may not introduce a phase shift to the received signal: it depends on what you mean by "shift" and what you are using as a reference, the impedance of the receiver, and whether you are considering the current or the voltage as the signal.

That, and between the receiver and antenna are a bunch of complex impedances and transmission lines that each will introduce phase shifts of their own, so the impedance of the antenna isn't making any new problem.

Yes, the phenomenon is real, but usually of no significance. For GPS in particular, all of the received signals are delayed by the same amount, so it has no effect on the position calculation. It's effectively the same thing as adding a few inches of antenna cable.

If you're designing a system in which tiny absolute delays are significant, then you need to find a way to measure them and compensate for them.

Not the answer you're looking for? Browse other questions tagged antenna gps delay radar or ask your own question.

3
What makes this active antenna "active?"
24
True GPS Location - At the Antenna or Receiver Chip?
2
GPS antenna type
4
Radar antenna for distance measurement
0
Soldering a GPS antenna to a Samsung Tab 2
1
GPS Antenna Testing
0
How the azimuth of the time base is synchronized with the azimuth of the rotating antenna?
4
Inductor for a GPS active antenna
38
How can a 9mm square antenna pick up GPS?
0
Active Radar Homing with single antenna