I'm trying to translate a 3.3v PWM signal through an optocoupler to the 12V side of a circuit, filter it to obtain a relatively clear DC voltage, and scale that to 0-10V for a control element. 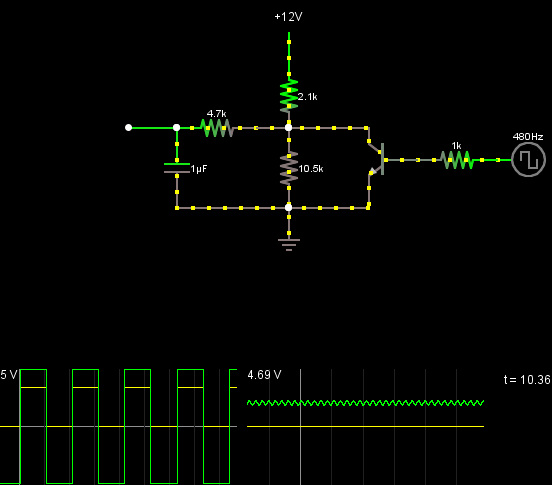 What I'm experiencing though, is that at 50% duty cycle, the filtered output is not 5 volts as expected, but slightly lower, at 4.69V.

What is the source of this inaccuracy? What do i need to take into consideration to make a reliable linear output?

Thanks in advance, -S

When it is charging (input to the transistor low), it is charging towards 10V through a resistance of 6.45K ohms (the Thevenin equivalent source resistance of the divider plus the 4.7K resistor), and when it is discharging (input to the transistor high) it is discharging through a resistance of 4.7K ohms (to maybe 50mV- the VCE of the saturated transistor- it won't make much difference so I'll guess at it- you can refer to the datasheet for a slightly better value).

For steady state, assume the voltage is fixed (does not change during a cycle), so we know the current charging must equal the current discharging if the times are equal (ask if that is not obvious). 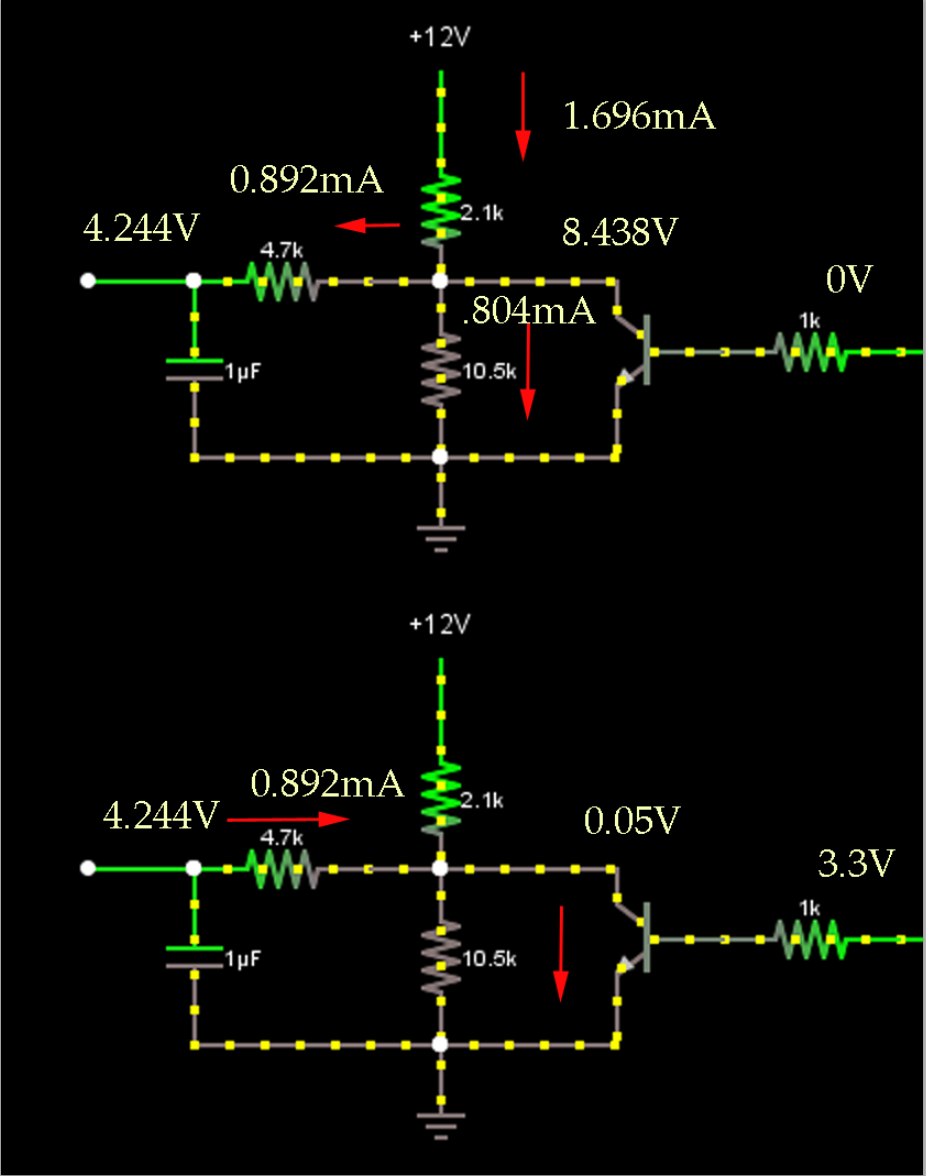 You can use a more symmetrical drive either by increasing the 4.7K to a much higher value or using a CMOS buffer that will also get rid of the Vce(sat) term. Just remember that the buffer does not make this issue magically go away, and if you have a relatively low resistance compared to the buffer output impedance, and that impedance is asymmetrical (as it usually is) you may not see the exact voltage you're expecting.

Note that using a highly asymmetric switch like this one introduces a significant nonlinearity, which may be undesirable. In this case, it's about -15% of signal at mid-scale or -7.6% of full scale.

Not the answer you're looking for? Browse other questions tagged pwm voltage-divider or ask your own question.

1
Scaling PWM amplitude by switching an analog DC voltage?
2
FIltering a PWM signal?
0
Filtering noise off of PWM signal
0
Filter high-frequency PWM but keep low-frequency modulation
2
Is there a way to use Arduino PWM signal to supply a varying large current through a restive heating element?
1
PWM to analog 1-10V converter: help to understand how it works
0
I need a potentiometer controlled by only a 0-10v signal
1
isolated 5v PWM to 0-10V
0
Reading 14V PWM signal on Attiny85