Will having two antennae at the receiver give better reception?

I have a 300mbps router with two antennae (tp-link td-wd8968). I'm building a PC and looking for a wireless network card. I have seen seen cards with a single antenna (150mbps) and cards with two antennae (300mbps); I understand the latter is for 802.11n which has higher data rates, but does it have any affect on the signal range?

Not really. Wi-fi cards that support using two antennas generally have an internal switch that will select one antenna or the other. The card will select whichever antenna has a better signal. This is called diversity, and it is used to counter issues with channel fading. Newer wifi cards can use both antennas at the same time. This is called MIMO and under certain circumstances it can allow a 2x improvement in bandwidth. In terms of range, diversity will allow the card to counter some forms of fading and can improve reception and reliability, but it will not increase the range unless you use a higher gain (more directional) antenna.

Having two antennas that are specifically sited as an array can make the pair of antennas more directional and this inevitably leads to higher gain. However, more likely is that the two antennas are not interactive and are used to achieve diversity

Adding multiple Antennas would help in beam steering also ,If both of your antennas are working together .Its one of the Beam forming Mechanisms :) 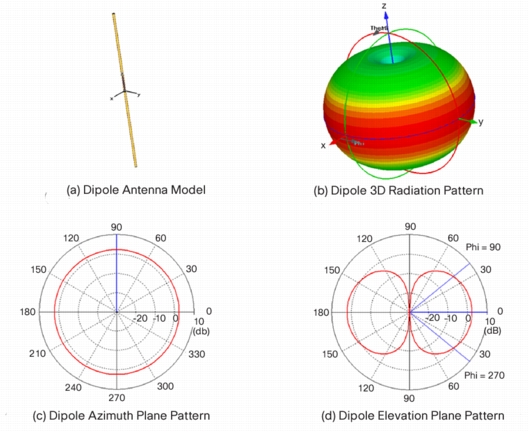 Adding a second antenna in a 90 degrees corner with the first one would mean that you're going to improve reception in, say, z and x axis. That means you have fair reception in the z and y direction, and good reception in the x axis.

However, the card will normally not use both antennas at the same time, but rather select the one with the best reception, so you will have equal reception in all directions.

Newer cards will use both antennas at the same time. In that case you want to position the antennas in one line, so that you're improving both x and y, but not z. Then, again, make sure that your router is in the x or y direction, but not in z.

Having two antennas is therefore especially useful for moving transceivers (laptops, phones, etc.) or for transceivers that need to talk to many others at the same time (the router). Your router has two antennas, so make sure to position them optimally for your setup.

Not the answer you're looking for? Browse other questions tagged wireless antenna wifi network-interface or ask your own question.

1
Adding a router (no key) to an encrypted Zigbee network
6
Design of an electronic device to disable remote access ability of contactless payment cards without visible alterations and damage to the card
4
2.4GHz Wi-Fi interference between devices in close proximity, even though they're using completely non-overlapping channels?
1
Will this antenna even help?
1
How to put an external antenna on a wireless card
1
What are the pros and cons of having higher/lower dBi and dBm?