I have an FT232RL connected to an AVR Atmega2184P (running the Arduino core) UART. The microcontroller has two power supplies - a LiPo battery (VBat), and USB power (Vin). The way I've designed the circuit is that if the USB is plugged in the battery is disconnected from the circuit and Vin powers the entire circuit. When the USB is unplugged, VBat takes over

The VCC and VCCIO on the FT232 is connected to Vin. Therefore the FTDI chip should only be powered on when the USB device is connected.

I'm noticing weird behavior when the battery is plugged in but the USB is not. As soon as I initiate the UART bus on the microcontroller, and current is sent down the RX and TX lines, the FT232 powers itself up. What is strange is the power is then transferred into the Vin power rail.

This is affecting other parts in my circuit that rely on there not being any power in Vin when the USB is unplugged. If my code doesn't initiate the UART bus, everything works as it should.

Has anybody seen this behavior? I can't see any reason why the FTDI chip would be relaying power back into the VCC line.

I've tested this with multiple processors (different Arduino boards), and multiple FTDI breakout boards. Initially thought it might be a chip issue, but the behavior described is consistent across each device.

Your FTDI chip is being powered through the input protection diode on the input line.

Although FTDI does not appear to have shown it in their data sheet the inputs of IC chips are very often protected from ESD by having a diode clamping structure that clamps input pin voltages to be between GND and VDD. When the supply pin is not connected to anything a high level signal on the input pin can source current through the upper clamp diode and "power up the chip".

I can confirm that using two 74LVC1T45 will work, as answered in (my question): A circuit to prevent parasitic powering of FT232RL by MCU, will it work?

This is my working circuit: 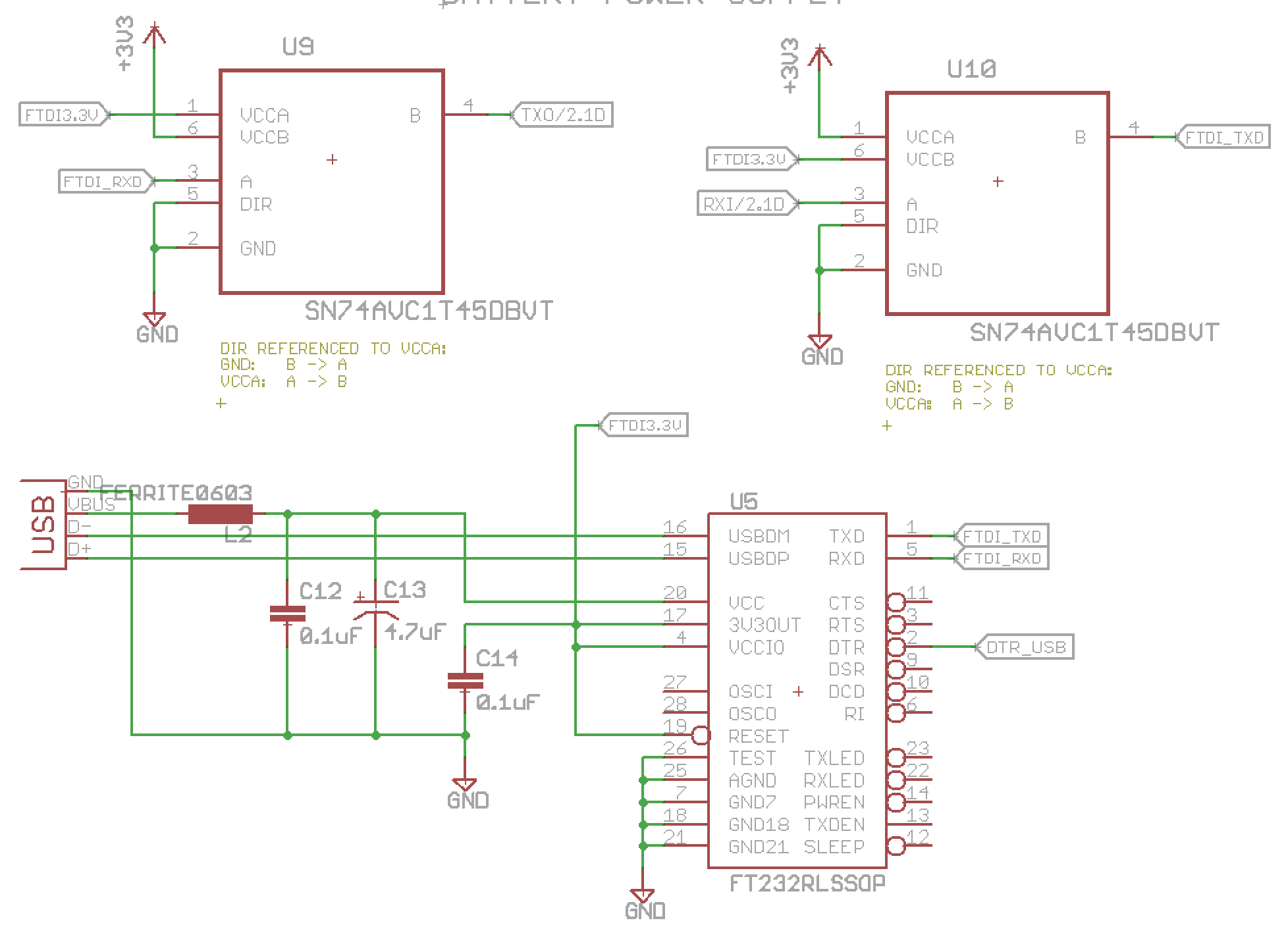 I use a jumper (not shown) to connect FTDI3.3V as the 3.3V supply to the rest of the circuit.

Not the answer you're looking for? Browse other questions tagged arduino atmega ftdi or ask your own question.