How does this Miniature Solid State Tesla Coil work?

Here are the schematics 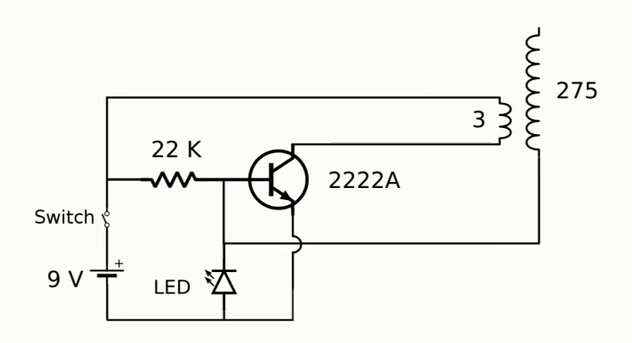 What is the use of>

I do not need this for homework, I was just curious to know what is happening in the circuit.

How I think it may work The resistor and led form voltage divider for the base. The voltage is equal to the voltage of the led drop in reverse bias ~4V. Then the transistor switches on and off bcs. only changing voltage can pass through transformer. These are my thoughts about how it works, but I would like to know more.

The answer fulfills my thoughts.

As you said, the LED is build in reversed and so would act like a Zener diode with some volts. But the B-E junction of the transistor forms a diode in forward direction, hence it limits the voltage to about (below) 1V.

When you switch on the circuit, there will be a current into the base, and the transistor is ON (=conductive).

The diode protects the transistor base from too large negative voltage spikes. I haven't seen it with an LED yet, but with two fast switching diodes like FR207 in series.

From the schematic, it looks as if the base always has the potential of the lower end of the sec. coil. This means it can not affect the B-E voltage of the transistor. However, the sec. coil is coupled to the circuit especially due to the very high fields in this case. So yes, it can have an influence on the B-E voltage. But this is not visible in the schematic.

Another point: I read several functional descriptions of this circuit, some of them were really hilarious. But all of them mention that the polarity of prim. and sec. coil may be wrong. If the circuit doesn't work, one should just swap the terminals of the prim. coil. So, don't think about which polarity is induced in the sec. coil when a certain current flows though the primary.

Your primary circuit serves as a high frequency oscillator to provide the excitation of the coil.

But to get optimal response from your Tesla coil, or perhaps any response at all you need to match the resonance of the secondary circuit with the driving frequency of the oscillator.

Number of turns (inductance) is only part of the resonant solution of the secondary circuit. You also need capacitance in the secondary. 'Coilers' (the name given people that build and play with Tesla coils) will usually use a 'top load' that serves as the capacitance. You can use a bead or a ball but more commonly a torus is used.

Furthermore geometry of the air gap transformer (the two coils) is important. It's not enough to have just the number of turns on the primary or secondary. The design should provide good electromagnetic coupling. The length of the secondary should be about a quarter wavelength of your design Tesla coil frequency. It should also be a narrow diameter compared to the primary coil which is usually wound flat in a spiral. The primary usually also has a tap to allow tuning of the coil, and the primary placed at the base of the secondary to project an upward field onto the secondary. Other coilers have used co-axial cylinders or cones to provide the coupling.

Note that the capacitance in the circuit (c_load) models the effect of placing objects near the Tesla coil (such as fluorescent tubes) -- It's not part of the circuit that you build. 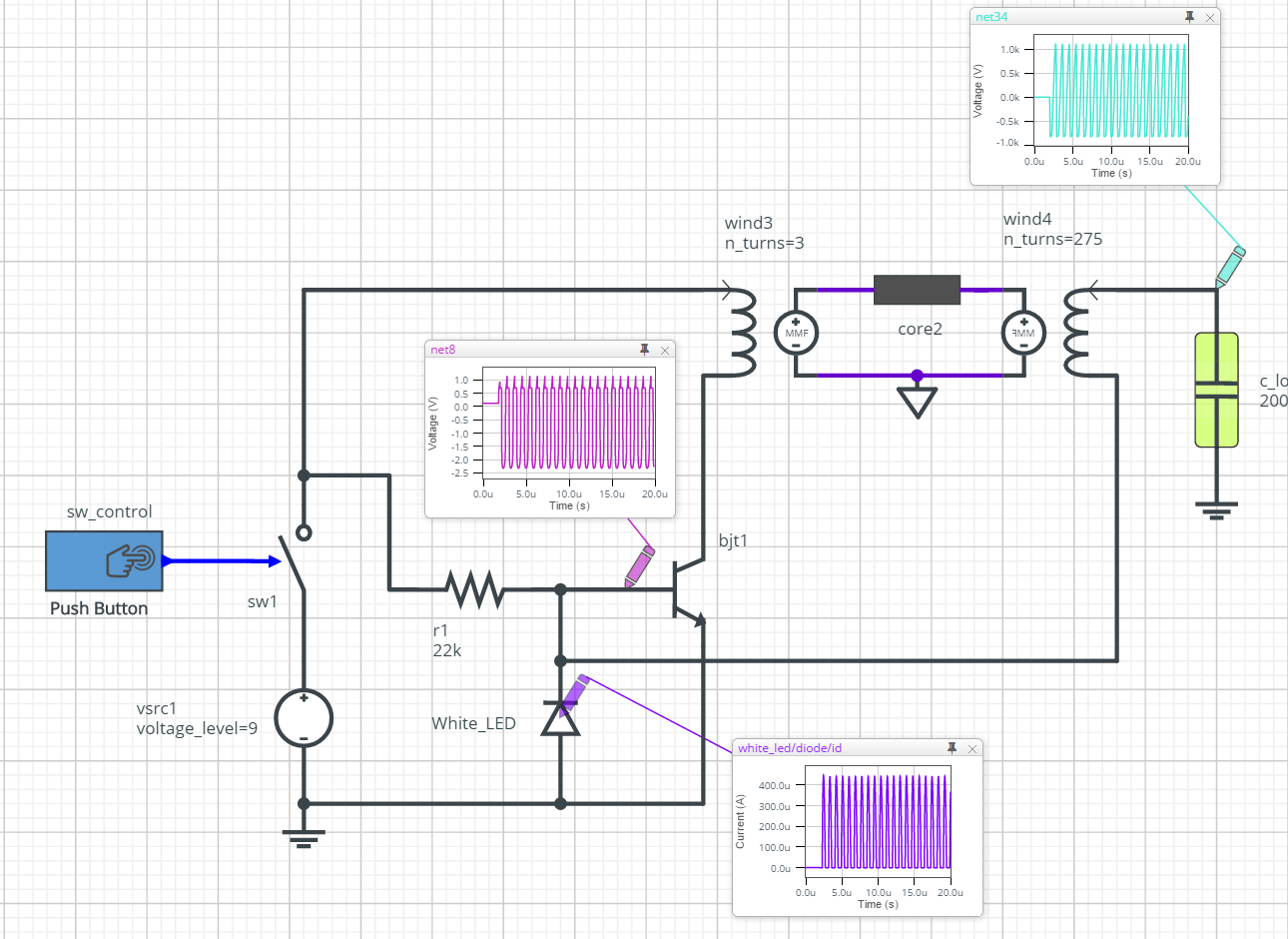 Not the answer you're looking for? Browse other questions tagged analog tesla-coil hf or ask your own question.

3
How do Dualshock 4 pressure sensitive buttons work?
3
Tesla coil miniature model (slayer exciter) parasitic capacitor
5
Working of miniature Tesla coil?
1
Choosing the bias components of a cascode amplifier
1
Preventing ground spikes while operating a solid state Tesla coil
2
Tesla Coil audio music player circuit analysis
0
Vacuum Tube Tesla Coil (VTTC) schematic interpretation
5
How does this tesla coil design work?
3
How can we measure the voltage at the coil of a Slayer Exciter?
0
Where does the other end of the secondary in a solid state tesla coil connect?