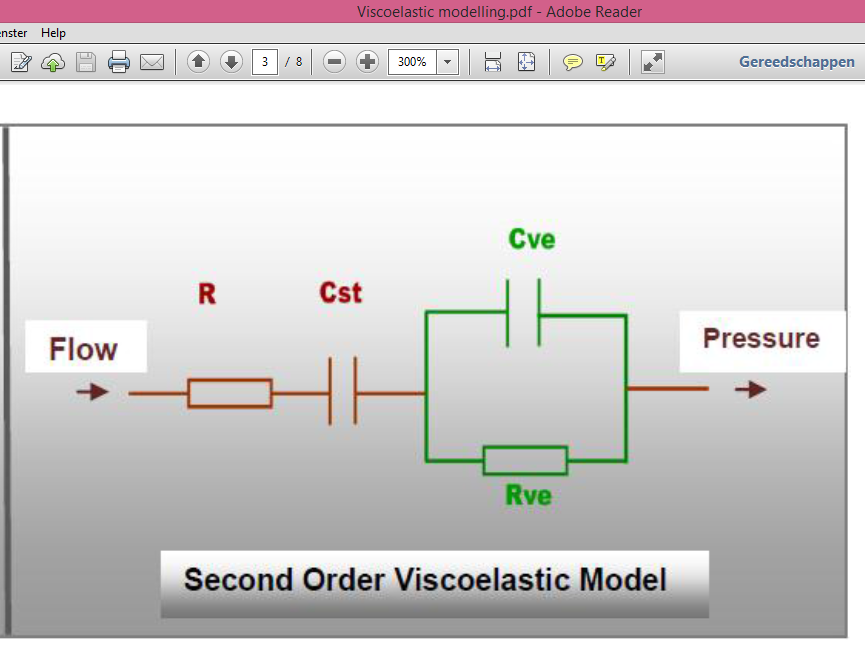 Now the transfer function from the paper is given by:

The problem that I face now is how to derive the transfer function Vin / Iin from what rioaxe has given as answer. I never worked with electrical circuits like that before (in series + parallel).

If someone can help me derive the TF this will be very kind. And thanks for who already tried to help. Cheers

Here is a second picture of the (viscoelastic) model:

In the model, it is not Flow in on the left side and Pressure out on the right side. But rather: 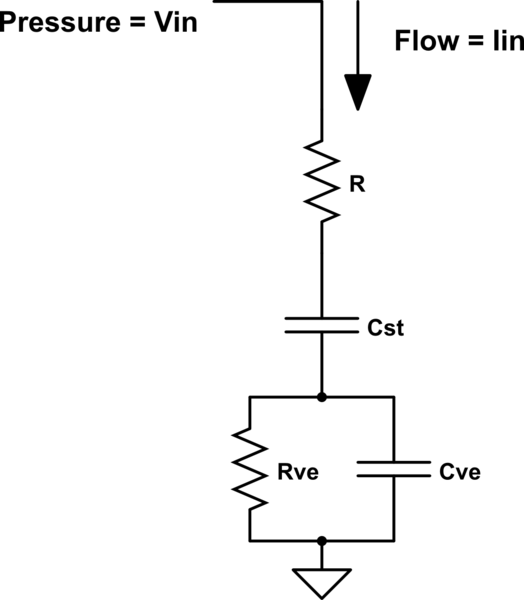 To analyze the circuit in Laplace s domain, substitute impedance of capacitor with 1/sC (impedance of resistor is simply R).

Not the answer you're looking for? Browse other questions tagged transfer-function or ask your own question.