Distribution of electrons in a capacitor charge circuit?

Consider the circuit below: 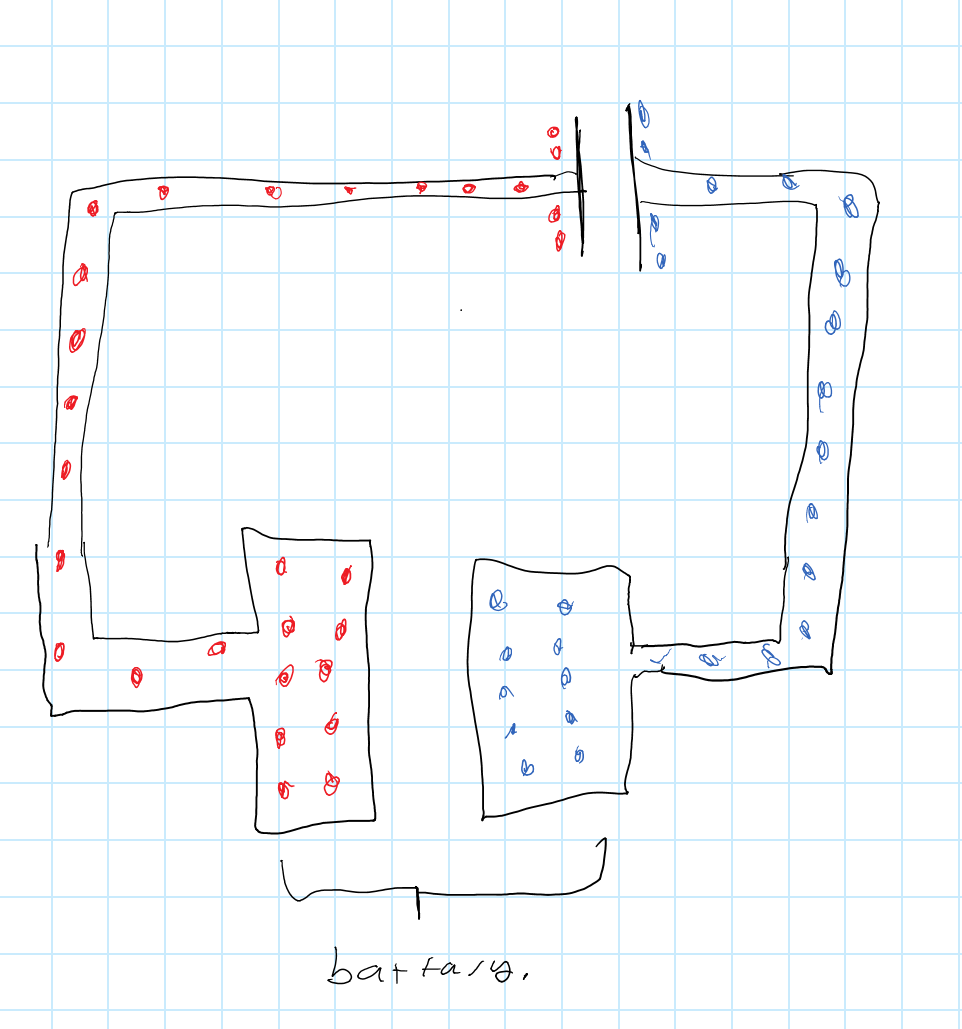 Let us say that the red dot's represent negative charges (electrons) and the blue dots positive charges/holes. Can we say that the distribution of electrons (red dots) in the left side of the diagram is even. If so do why do we only consider the charge on the capacitor and not the charge in the wire?

Further more consider the situation where a capacitor is connected directly to ground like in the circuit below: 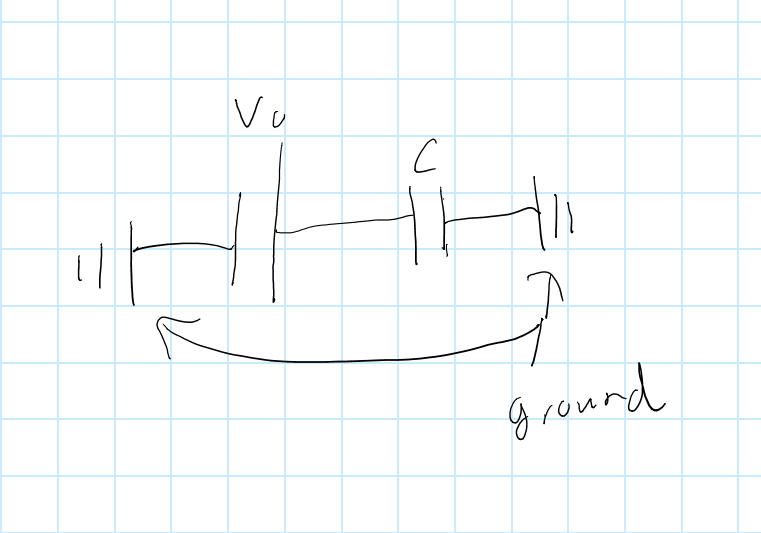 When I say connected to ground I mean literally connected to the earth so electrons can flow from and to the capacitor (and battery) from the earth. What would the charge distribution for this circuit look like?

I can see that the left hand side plate will be positively charged but am totally confused about the right hand plate. So please can you explain how the charge is distributed in the circuit in general and in this specific example?

The Earth is moderately conductive, so your second schematic is identical to the first. The only difference is that the Earth has quite a higher resistance than a wire, but if we are only wondering about the state of this circuit in equilibrium, that is insignificant.

An insightful question to ask is this: what happens if we build your circuit, but with no capacitor at all? What if there are just two wires connected to a battery?

There must be a voltage difference between them (if the battery is working), and this implies a redistribution of charge. And in fact, there is. The two wires are really just a capacitor. One with long, drawn out plates that are really far apart.

The capacitance for two parallel plates is given by:

Two wires may not be exactly a parallel plate geometry, but this is equation is a good simplification. The wires don't have a lot of area, so \$A\$ is small. And they are very far apart, compared to a discrete capacitor, so \$d\$ is very large. Consequently, \$C\$, the capacitance, will be very small.

If the charges on the halves of a capacitor are \$+q\$ and \$-q\$, then capacitance can be defined as:

By this equation, if \$C\$ is very small, then it does not take very much charge to create a very large voltage.

There's an example of this that everyone has experienced: static shocks on a dry day. Your body has such a low capacitance to its surroundings that even a metaphorical handful of electrons moved around by shuffling around on the carpet can build a voltage high enough to make a miniature lighting bolt. 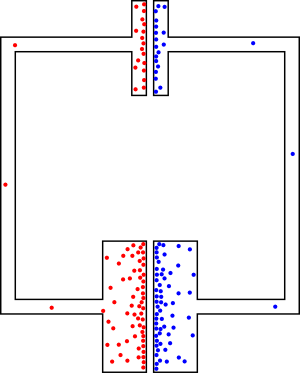 Notice that most of the charges have piled up near the surfaces of the capacitor. This makes sense: the electrons want to recombine with the holes, and the closest an electron can get to a hole is in the capacitor plates. There is some charge on the wires too, but because of their very small capacitance there's relatively little of it.

Adding Earth doesn't change much other than the geometry: 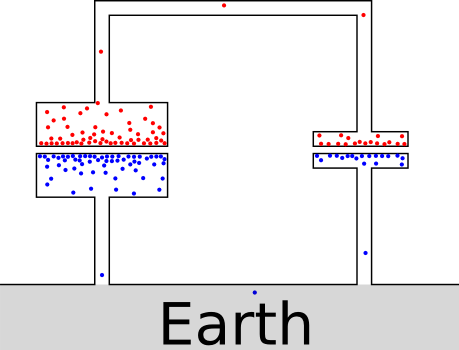 Phil Frosts' answer is already very comprehensive so all I am going to give you in addition to that is a book recommendation:

"Electromagnetics Explained", by Ron Schmitt, explains these concepts very well in chapters 2 (fundamentals of electric fields), 3 (fundamentals of magnetic fields) and 4 (electrodynamics). The book is extremely useful for an understanding of electromagnetics as a whole. He teaches the subject from an intuitive point of view, which aids understanding of the concepts tremendously.

1) We do consider the charges on the wire. It is just that the capacitance of the wiring is most of time negligible compared to a real physical capacitor.

2) I don't understand the second part. Why earth and not a conductor?

3
How exactly does a capacitor discharge its charge?
2
exactly why does a capacitor build up charge when hooked up to a battery?
1
Why does a circuit need to be closed for a capacitor to develop voltage?
0
Electrons inside an LC Circuit
0
Capacitor Charge Sharing
1
What will be the steady state Charge distribution of given configuration- battery vs capacitor
0
Capacitor circuit - thinking about electrons