How a decoded picture is stored in a memory? [closed]

If we decode an image (any format) we will get matrix of pixels. For example consider a picture with resolution 10x10 and colour depth of 16777216. Therefore pixel is represented by 24 (888 RGB) bit 10x10 matrix data.

My doubt is how this data is stored in a Random Access Memory?

Which method is common? Or is there is any third method?

Your result isn't a matrix of MxNx3. Your result is a sequence of numbers. You can store them however you like.

Take the LCD screen you're reading this on, for instance. That is a 2D device, isn't it? Yet it looks like it would have a display of MxNx3. Look closer though. Very close. Get a magnifying glass and look reeeeeeal close.

It's actually a matrix of (Mx3)xN. Three physical pixels for every one you see - a red one, a green one, and a blue one. 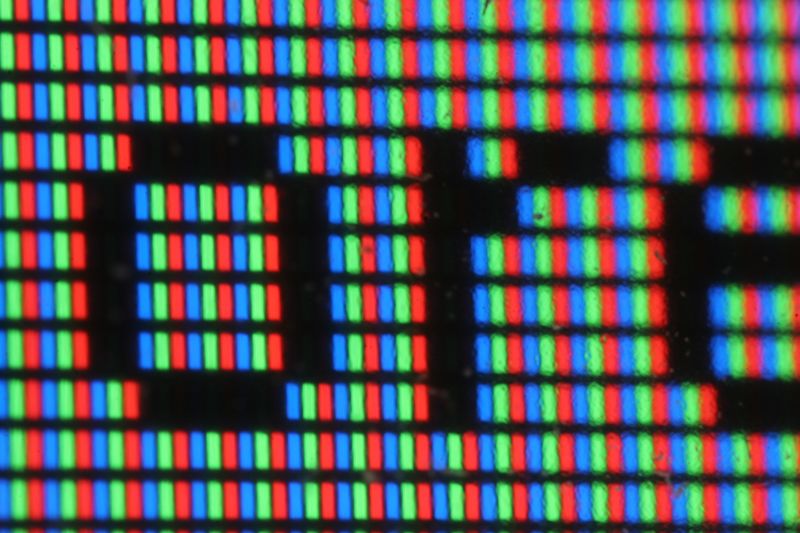 That's a direct R/G/b interleaving, where every three entries in the matrix combine to make a single pixel value.

Or you could have three separate matrices of MxN - one to store the red pixel information, one the green and one the blue, if that makes more sense for what you're doing with the data.

Most systems though just choose to represent each pixel as a 24 or 32 bit value in a linear addressing scheme. Normally the 32 bits represent ARGB where A is an alpha value (transparency), and R, G and B represent the brightness of the three colours, all with 8 bit precision. 24 bit is the same but without the alpha information. (Unless you're Microsoft of course, when they like to do ABGR or other strange combinations in their file formats, but they're just daft).

Then that is just treated as a single list of numbers.

Not the answer you're looking for? Browse other questions tagged ram rgb imageprocessing or ask your own question.