how to parallel mosfet

i want to build induction furnace 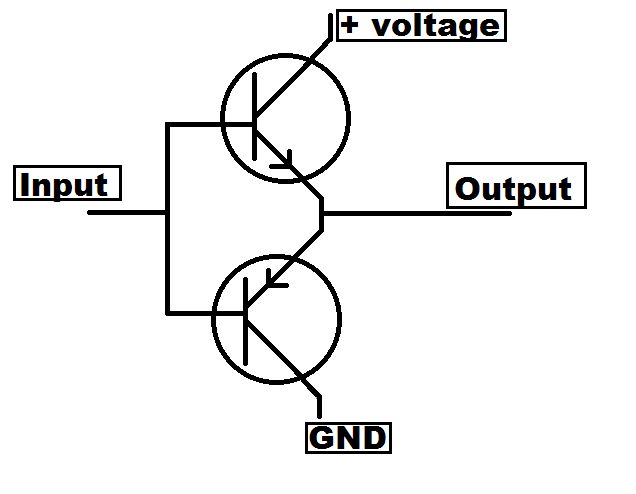 i see the output of totem pole with oscop and its nice and clean square wave without any noise or ringing. like this

but when i connect output of totem pole to high side mosfet the output is ringing and have Too much noise with 12 volt switching power supply without any load for test. 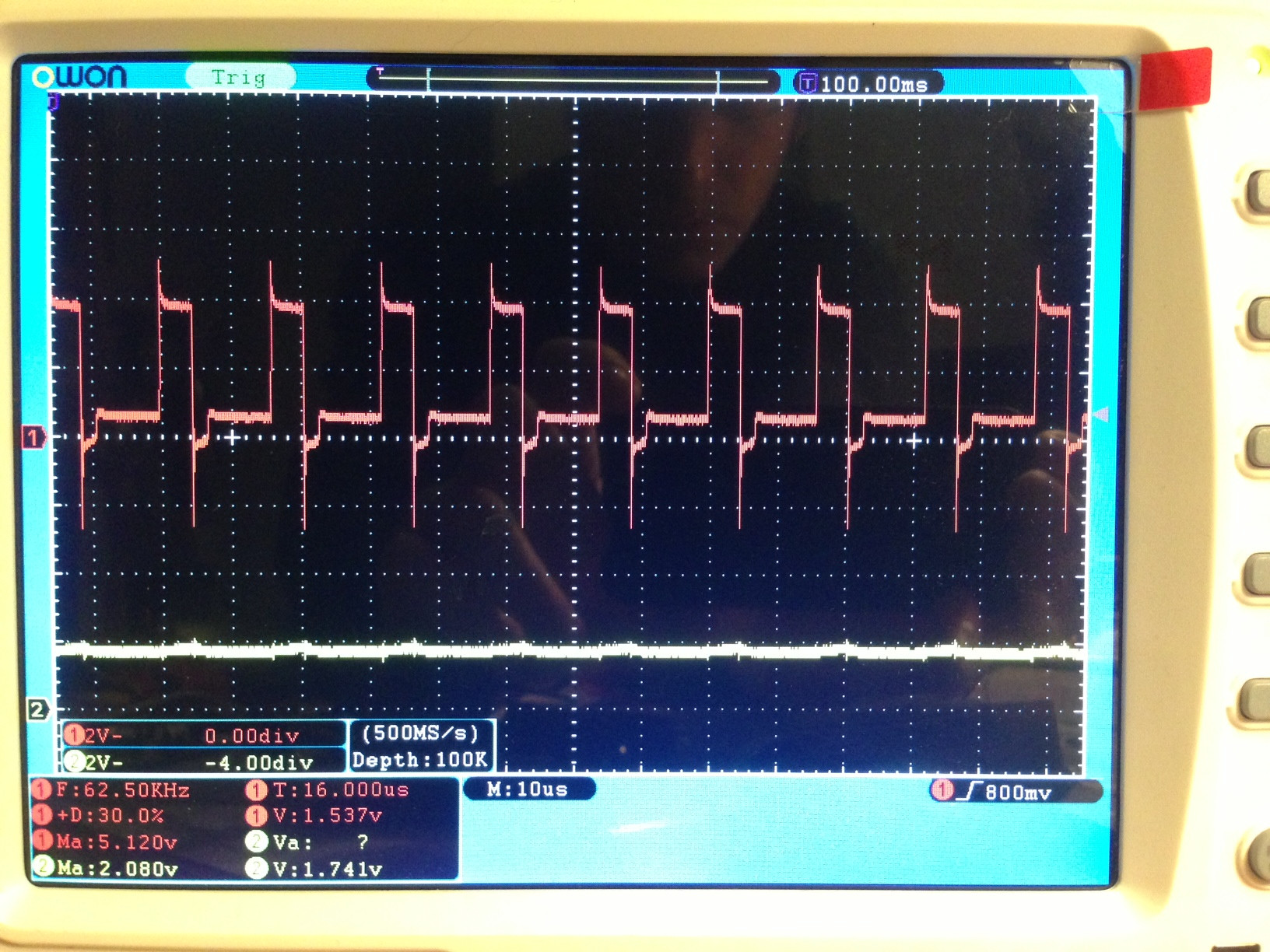 why this is happen?

how to reduce or Eliminate this ringing and noise?

During switching transients, each MOSFET (as noted by asndre) presents a large and changing capacitive load. This is best understood by viewing the relationship between Vgs, Vds and Id. 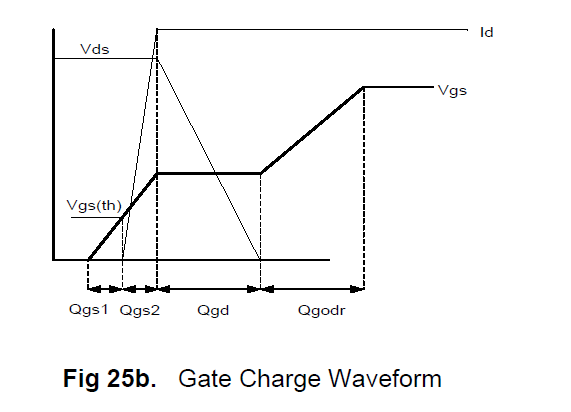 As you can see, drain to source voltage decreases during a time when the gate is charging (the channel is being pulled in). During this time, the effective capacitive load on your driver is changing. In addition, each MOSFET will have slightly different parameters and each one will very probably be providing a different amount of current to the load.

In general, a gate resistor should be used for each MOSFET from your driver, although some manufacturers (NXP in particular) recommend a ferrite bead for isolation of the gate drives. This isolation helps control the ringing you see (it is almost impossible to eliminate it), so a zener and diode circuit is sometimes recommended. A small capacitor from gate to ground may also be beneficial.

The exact value(s) are layout dependent, so not only a schematic but also a picture of your layout would be useful.

Note that turn on and turn off time has a dependency on the drive capability of the gate driver as its ability to source and sink current determines how quickly the device will go through the transition region.

why this is happen?

Because each MOSFET has a parasitic capacitance on its gate and when you parallel MOSFETs you increase the total capacitance proportionally.

how to reduce or eliminate this ringing and noise?

You need to boost your driver (the signal that drives the gates in an MOSFET arm), i.e. decrease its output resistance. Also you need to drive each MOSFET arm separately to prevent dead time effects (when both two arms are open).

P.S. Why are you drawing your MOSFETs as bi-polar junction transistors? Be careful with it.

Not the answer you're looking for? Browse other questions tagged mosfet parallel ringing or ask your own question.