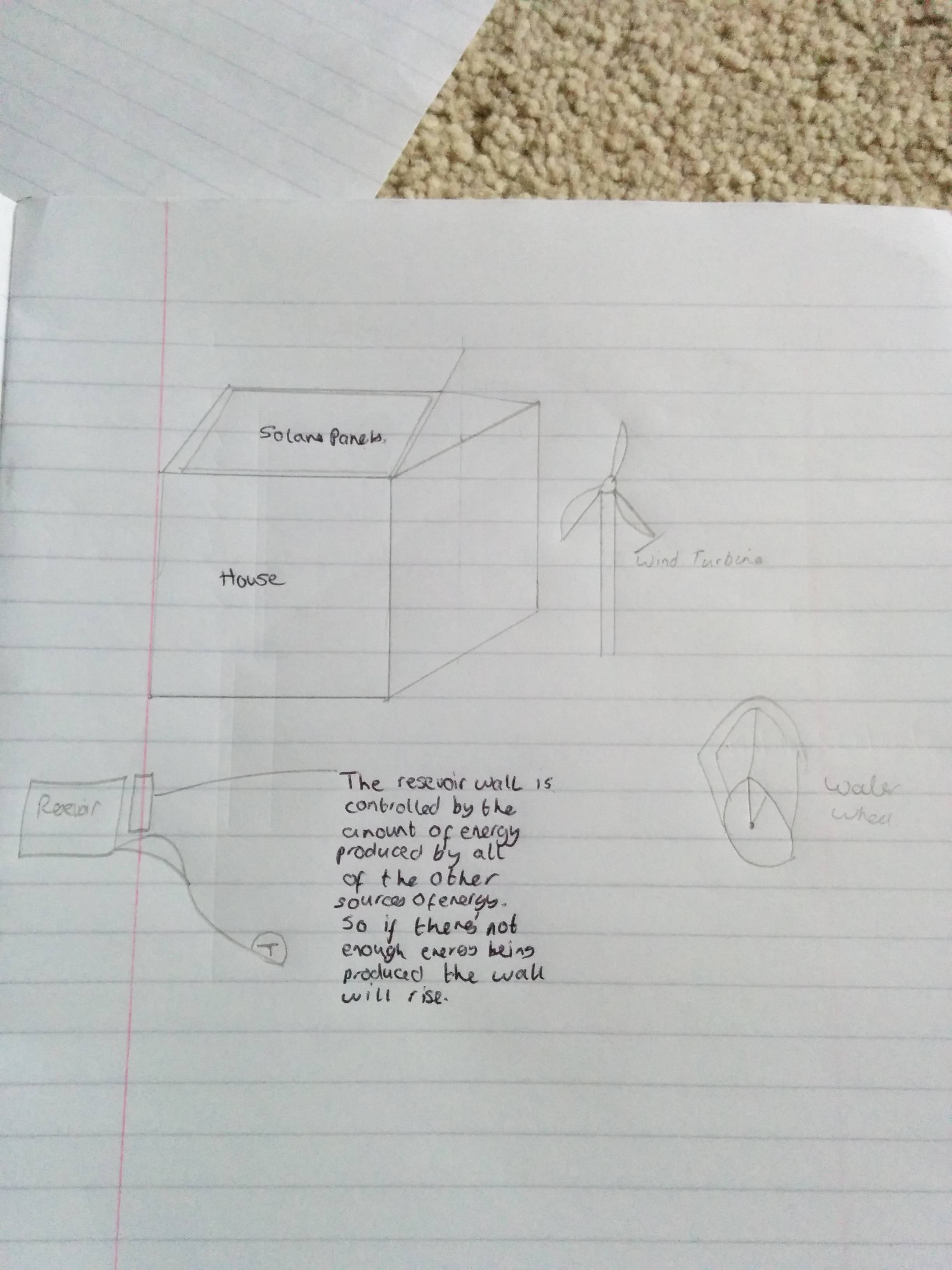 I'm currently working on a project to create a sustainable energy system. I have come up with a design to the system.

I was also going to use a wind turbine to harness some wind energy that will be produced.

I have also come up the idea to produce a miniature water wheel; these will work when it’s raining

I was also thinking about producing a small dam, however I wanted the flow of the water to be dependent, on how much energy will be produced by the other systems. After doing a little bit of research I came to the conclusion that a micro controller could be programmed, in order to do this automatically. could anybody suggest a suitable microcontroller that could be used ? I also know that when programming a micro controller it uses a very low form of a programming language. so would I be able to write my program in a higher programming language and be able to use a compiler to produce the code necessary.

I have also got a budged of £20( approx$36) so I wouldn't be able to use an Arduino or a raspberry pi. All of the wiring a circuitry will be done on a breadboard. Could anybody answer some of the question that I have? also does anybody have any suggestions and improvements. I have also attached a diagram in case people are still confused.

That budget sounds tight even for a toy-sized demonstration of such a system, especially if it must be functional. The energy levels involved will be miniscule, and the losses throughout the system will kill you unless you use expensive precision components.

It sounds like this is a science fair project, and as such, it might be more effective if you were to research such systems and demonstrate your knowledge by producing a software simulation of how they work, using real-world numbers. It could have nice animated graphics, etc., that show the flow of energy throughout the system under various operating conditions that a user can "dial in" — things like the amount of sunlight, wind speed, rainfall, etc.

Not the answer you're looking for? Browse other questions tagged microcontroller automation or ask your own question.

8
out growing 8-bit AVRs, not sure where to move on to
4
How to build very low cost current transformer?
3
Controlling external appliances with a microcontroller by replacing switch with relay
15
Arduino resetting/hanging due to sparks in ac line
0
Will the PIC18F14K50 perform well as a CNC machine micro-processor?
3
Building a Solar Inverter circuit
0
LCD contrast switcher for 8051
0
speed control PWM, DC motor, L298n with LPCxpresso 1549
0
Do carbon resistors not follow tolerance as they age?