Why is this multimeter power supply short circuit when off

I have just been following some traces around inside an old digital multimeter (AVO DA116). I was poking around at the LCD driver chips (MC14543CP) when I noticed that the power supply was short circuit. (There was about 1 ohm between the VDD and VSS pins).

The main power switch is a rotary switch with many contacts arranged on the PCB. The power switch is also a mode switch. It has four positions, three are on (three different modes) and one is off.

After more poking around and referring to the schematic, I found that the power switch will short circuit the power supply for this chip when it is in the off position.

When I turn the power switch to any of the three on positions, the short circuit disappears (yes I am testing without batteries installed). The schematic agrees that this switch is directly short circuiting this supply when it is in the off position.

I was wondering why this might be and the only theory I have is that it is useful for lining up the switch mechanism with the knob. The knob is part of the case and is the section with the endstops that limit the switch rotation. The switch contact assembly on the PCB can be inserted in several different orientations and so perhaps in the factory, the switch assembly was turned until the power supply was short and then the knob was turned to the off position before the two were joined to ensure the correct orientation was selected.

Is there another possibility? Is this some design practice I don't know about? Is it a bad idea or a good idea?

Here is the schematic, the red arrows point to the contacts on the switch, I highlighted the traces that go to the power supply in blue. The power supply is on a different board and connects via the connector at the bottom of the schematic (SK4, 15 pin header) the image is a little blurry but I added in the voltages that were annotated near the bottom. 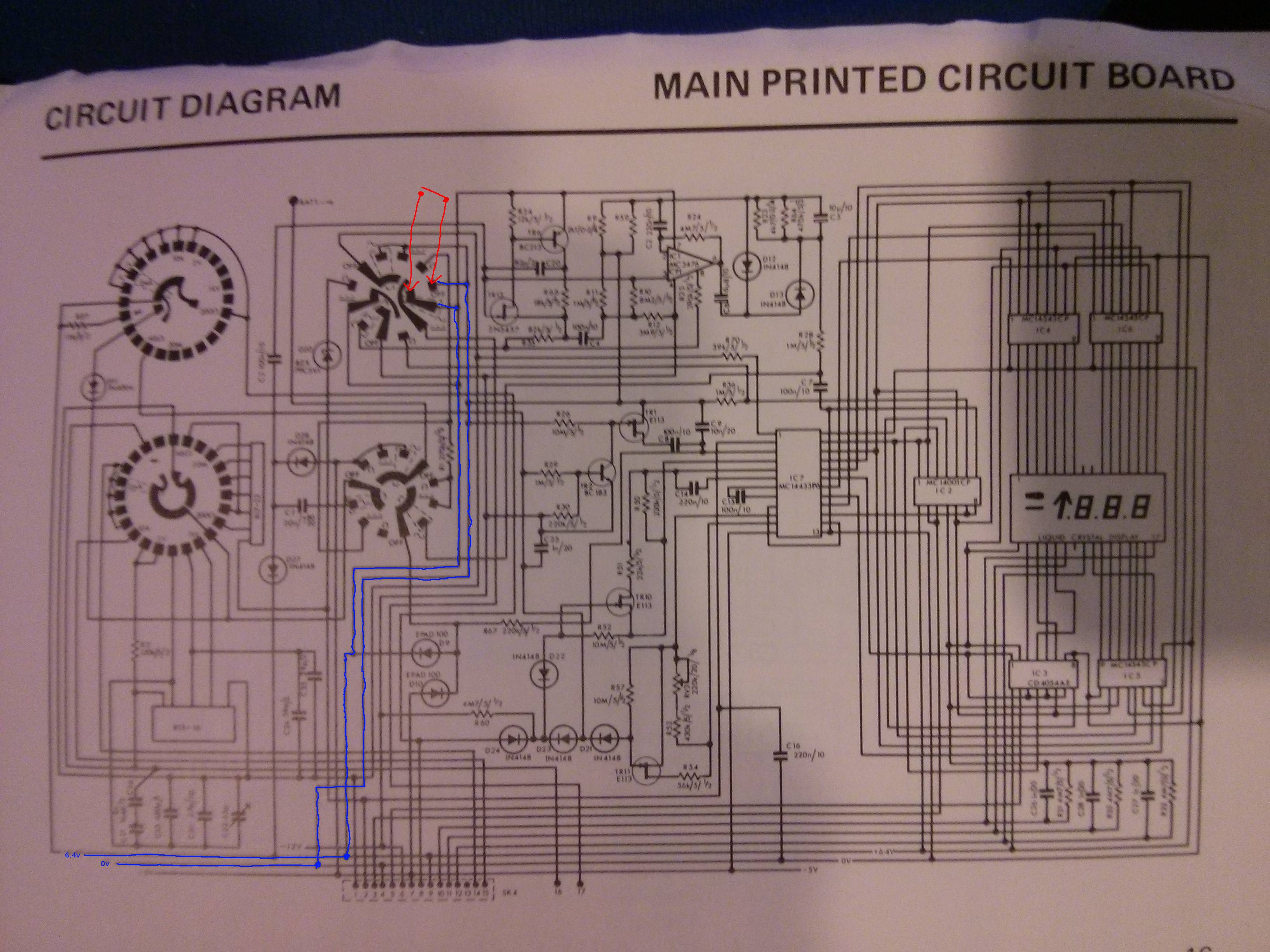 I realised something that may reveal the answer after I turned the device off and watched the LCD.

When a segment of the LCD is activated, if the pin that controls it is then allowed to float (because the device is turned off) the LCD takes a little while to fade. If however the common pin and the segment pins are shorted together, the LCD turns off much faster.

So far my best theory is therefore that short circuiting the LCD driver chips when the power is turned off is to provide the appearance of switching off quickly rather than fading slowly.

Not the answer you're looking for? Browse other questions tagged power-supply multimeter short-circuit or ask your own question.