I built the 2 copies of the following circuit: 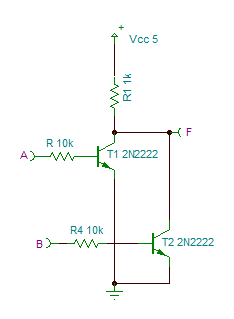 The problem is that when I connect any Input of both circuits to HIGH, The two LEDs turns off rather than one led. And that means the outputs of the two circuits are somehow connected together. In other words, when the base of any transistor is HIGH, the transistor works as a short circuit ( wire ) for the 2 LEDs so that they both turns off.

I Thought I was mistaken and completed the circuit as shown : 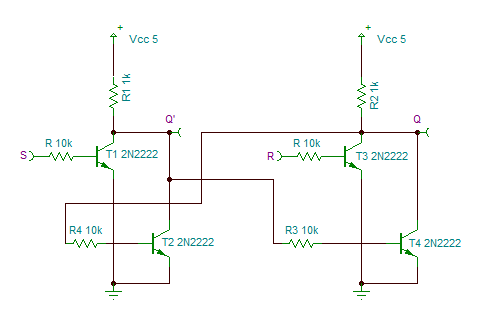 But the result is that the LEDs are always off.

What can I do to separate between the two outputs Q and Q' ?

Does a floating input mean it is LOW ?

Note : I used only R1 and R2, and I Didn't use R , R3 and R4. I connect the bases of the transistors directly to the positive terminal To make them HIGH.

Well, @Michael George... I can't refuse such a tempting promise:)

You can build the most elementary memory cell only by two inverters (transistor switches). I do this every year with my students at the beginning of the laboratory exercise about latches in the laboratory of digital electronics (you can see how in this movie and also in this Wikibooks story written by my students). Here is the building "scenario". 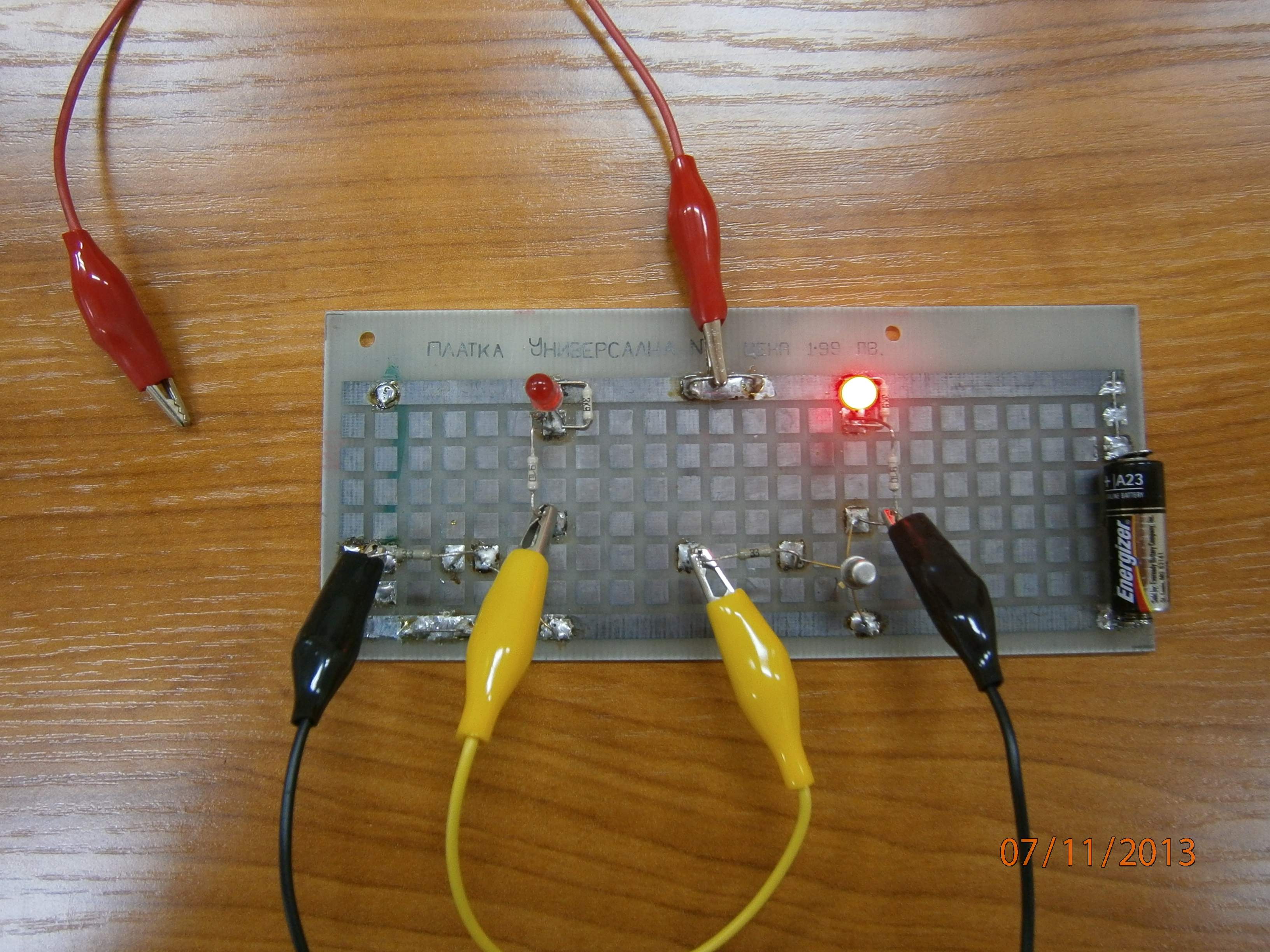 Not the answer you're looking for? Browse other questions tagged transistors memory flipflop ram logic-gates or ask your own question.