I took a simple circuit i found and started modifying it for my own purposes and realized i need to understand it's workings better to get where i need to be. 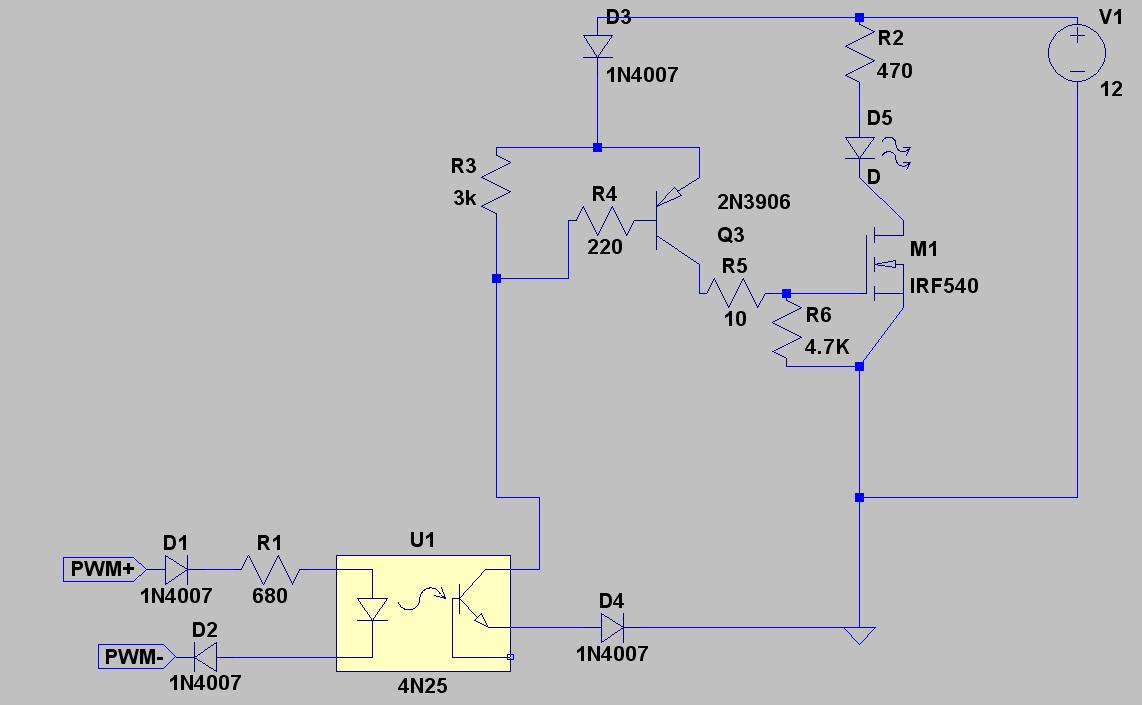 PWM+ and PWM- comes from a LED dimmer using 275Hz running at 12 volts I'm currently testing at 12 volts but would like to make it stable up to 15 volts. I placed D1 - D4 for reverse polarity protection, I'm using a 4n35 opto instead of the 4n25 shown.

The Led shown above was just for simulating a load, I've been testing at 84 watts and it gets up to 110 C in about 5-6 minutes then continues to climb. I'd like it to stay under 100 C for currents up to 10A without a heat sink and use a small heat sink for up to 16A. If i get the turn on and off time correct i believe this is achievable. Well at least according to my interpretation of the formulas for switching loses i found.

Currently i know my turn on time is too slow at about 500ns due to the 2N3906. I have only been using parts i have on hand until i can understand what i'm doing and order what i need. With the circuit below i'm shooting for a 150 - 100 ns turn on time. I know the turn off time is also producing a lot of heat and i'll address that by adding a npn to pull the gate down quickly.

So what i'm really asking for is how to determine the correct values for all the resistors (R3,R4,R5,R6) to get the turn on time i need after switching the pnp Q3 to something that can handle maybe 500-800ma. Specifically the math involved and how everything ties together.

I've been finding the formulas i need for most parts of the circuit like the current the gate needs for a specific turn on time and how to calculate the pnp base resistor but putting it altogether is proving elusive with out some help.

Once i understand this circuit i'll deal with turn off time via npn next.

This is my first attempt at driving a MOSFET and i'm just getting into electronics as a hobby so i'd appreciate all the help i can get.

Thanks, That was a lot to digest. My 1st goal is to learn and my 2nd is to get this circuit working. So let me see if I understand what you said:

To clarify PWM+ and PWM- are DC and the 275Hz cannot be changed.

If PWM+ is always positive wrt PWM- you do not need either of D1 or D2.

If PWM+ - PWM- is AC then placing D2 across the opto input with reverse polarity will place about equal load on PWM with both polarities of input. This may or may not matter.

D4 is not needed.

D3 is not needed.

Now for the hot stuff. You can like to use whatever you wish, but you may have to rewrite the laws of physics. The IRF540 has more Rdson than you want even when driven well - and the 4.7K turnoff resistor ensures that it has a slow and horribly hot turn off. Changing R6 to as low as you can stand will help heaps. With eg R6 = 100 R, IR5-R6_on is < = about 100 mA which is sad but only maybe 1% of your load current. Adding an emitter follower pulldown driver for turnoff will help immensely.

And it will still almost certainly be too hot. See below.
Changing to a MOSFET with Rdson more like 10 milliOhm or lower will help immensely and actually allow you to do what you want IF you do it properly.

IRF540 data sheet and another like unto it - almost

In the first case as 7A you have about 2.5W dissipation at 25C TYPICAL and in the second case at 175C = 7 Watts.
Both of those are TYPICAL and both are with 20 uS pulses. ie reality will usually be worse.

So it should not get that hot TYPICALLY as the 1 Watt is when Tj = 175C
were it not for the fact that this data sheet was influenced by marketers and tobacco salesmen and they use a 20 uS pulse width. And it's also typical. So say 100-120 C would be expectable. Your very very very slow turn off will add the coup de grace.

The circuit below shows two emitter followers as a gate driver.

Related only - high side driving 'trick'. 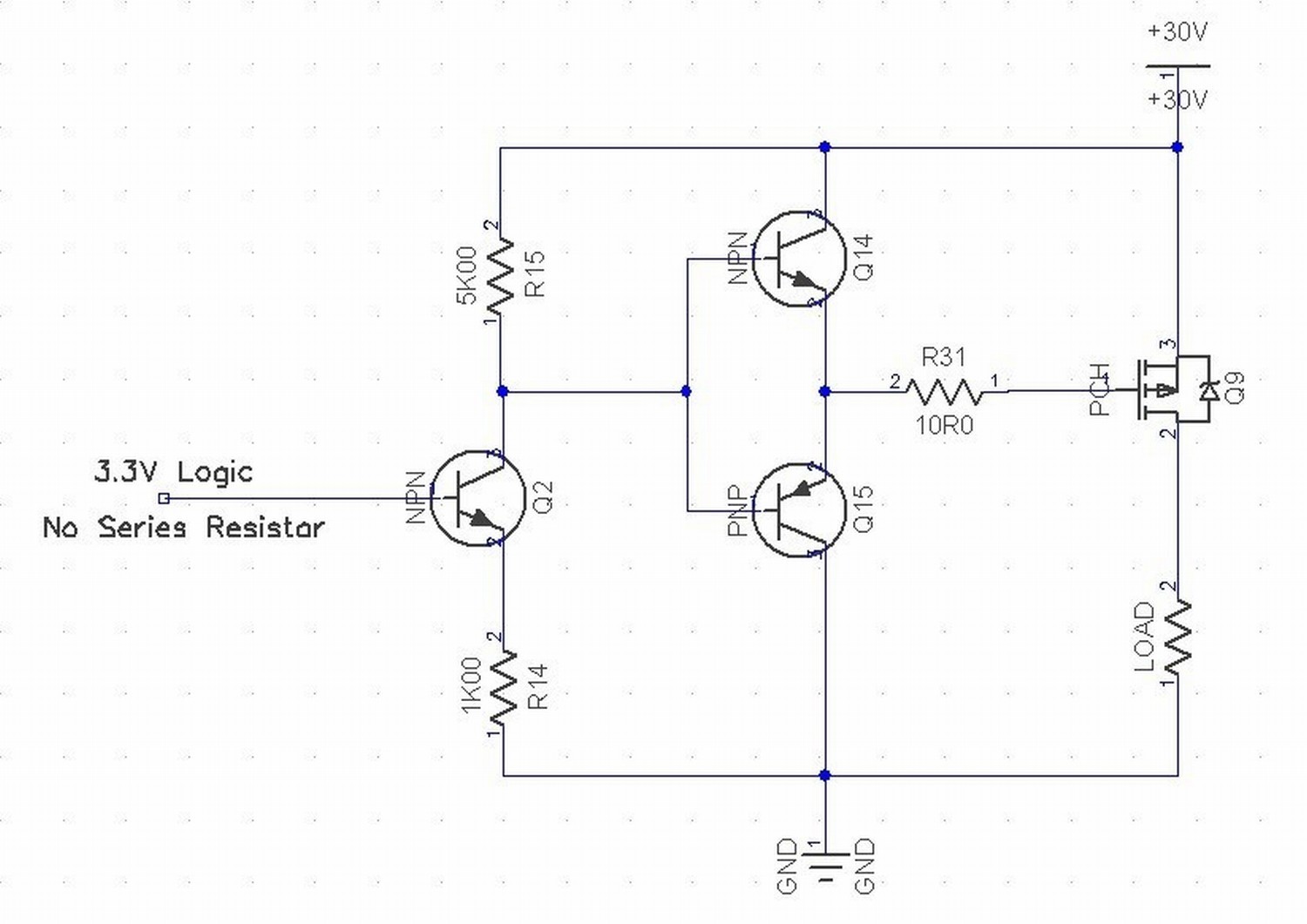 Not the answer you're looking for? Browse other questions tagged mosfet pwm or ask your own question.