What RF attentuator would be used for the HackRF? 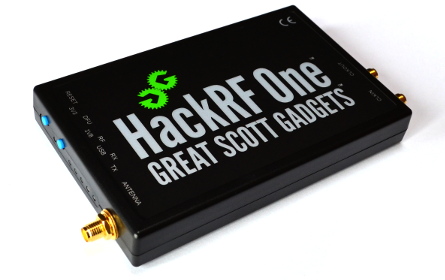 The HackRF is an SDR Radio capable of receiving and transmitting frequencies from 10MHz to 6GHz.

Michael Ossmann, the creator of the HackRF, states in his wiki that:

The maximum RX power of HackRF One is -5 dBm. Exceeding -5 dBm can result in permanent damage!

In theory, HackRF One can safely accept up to 10 dBm with the front-end RX amplifier disabled. However, a simple software or user error could enable the amplifier, resulting in permanent damage. It is better to use an external attenuator than to risk damage.

Is this attenuator a good idea even for normal use?

Does the external attenuator which Michael is talking about attach the antenna's SMA to the HackRF transceiver?

What value external attenuator would be used for -5dBm? (it seems to me that RF attenuators are valued at Watts; not dB)

I appreciate the help!

Attenuation will reduce overall signal level without changing the receiver noise floor, preventing the reception of very small signals. Generally you do not need one unless you are connecting the input directly to the output of an RF source with no antenna, or your antenna is very close to a powerful transmitter antenna. -5 dBm is very 'hot', generally you're going to be dealing with signals much weaker than this. For example, my computer reports the wifi signal strength from a router in the same room as -46 dBm. Signals from far-away sources can be much lower, for example GPS is around -160 dBm.

Attenuators are rated both in dB and in watts. The dB rating is how much the attenuator shrinks the signal passing through it. A 10 dB attenuator will drop a -5 dBm signal down to -15 dBm. The watt rating is a thermal rating for how much power you can safely pass through the attenuator. Many attenuators can handle a watt (30 dBm) or more without difficulty. If you need to look at very powerful signals, it may a better idea to use a directional coupler and a load. Attenuators are also specified in terms of frequency range, usually DC up to some maximum frequency.

If you want to look at a -5 dBm signal, I would recommend using at least a 10 dB attenuator. It's a nice round number that is easy to account for later if you want to know what the power level was at the input of the attenuator, and it provides protection if your signal exceeds -5 dBm by a little bit. It might be worth getting a larger attenuator of 20 to 30 dB or possibly getting a pair of attenuators for more flexibility - e.g. 10 dB and 20 dB, use both in series for 30 dB.

An RF attenuator have 3 important parameters: maximum input power (usually expressed in W, but might also be in dBW or dBm), attenuation (expressed in dB) and frequency range. For example you might have a 20 dB, 2 W, DC-8 GHz attenuator.This attenuator would accept a maximum of 2 W (33 dBm) and would then deliver an output of 13 dBm (33-20).

HackRF has a rather low input maximum power so it is indeed a good idea to attach an external attenuator all the time (except when trying to measure a very small signal). In your case I would buy a 20 dB attenuator. This would allow you to input signals up to 15 dBm (which is a more common maximum input power for RF instruments) and then after the attenuator you'll have 15-20=-5 which is the maximum for HackRF.

Not the answer you're looking for? Browse other questions tagged power rf antenna radio sdr or ask your own question.

24
What is a 50-ohm antenna? How would you make one?
4
What is the bandwidth of an antenna ? and what happens when a narrow bandwidth is used?
3
How to choosing the right transistors for active antennas
0
Does the antenna type matter for receiving?
2
What is the End of Train Device RF Path?
2
What is the purpose of CB radio ground plane?
2
What sampling rate is needed for demodulating and decoding GPS signal data?