I'm designing a driver / controller board for 8x8 RGB LED Matrices that then can be daisy chained to e.g. make an 16x64 Matrix or so.

So I came up with a couple of designs that I've tested and so on,.. but as I wanted to purchase all the LEDs ( in packs of 1000 ), I realized that my designs all require either common anode or common cathode RGB LEDs...

I was wondering if there is a way to switch between two "modes".

One for using common anode LEDs and one for common cathode LEDs.

I've sketched this circuit that is using two opto-isolators and a pin strip ( 3 pin ) with a jumper as a switch. ( I could also use an on-on-switch instead ) 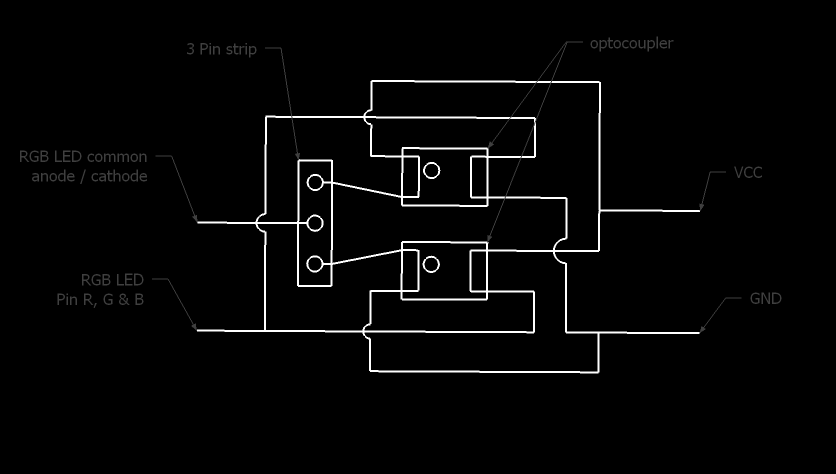 I am a Software engineer / developer, so bare with me if this is totally wrong and please tell me the correct / better way of achieving this functionality.

Here's a second image that shows my idea in a better way.

Between the LEDs ( ! ) and that "mode switching circuit" there will be transistors that are switched via decoders and shift registers. 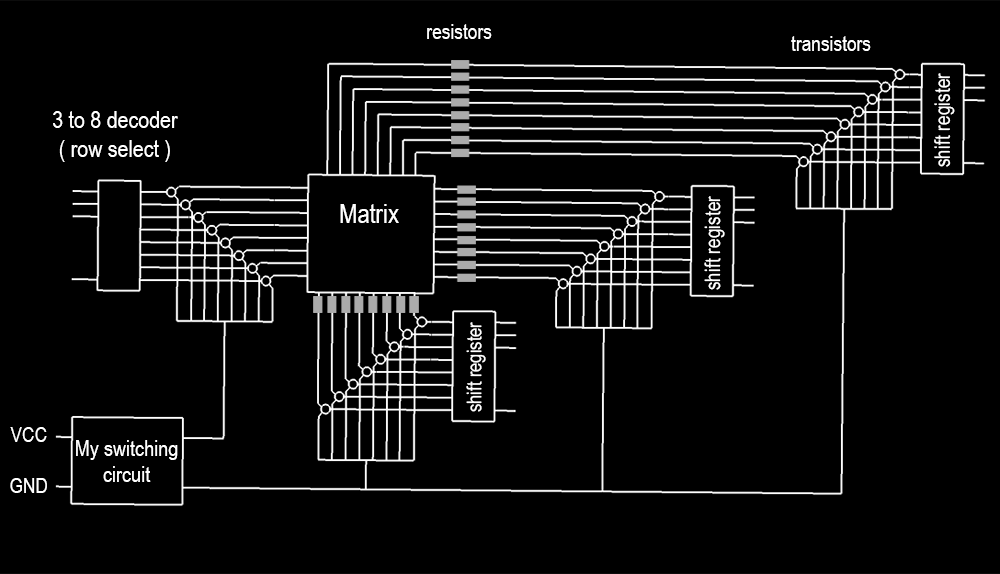 The Matrix "module" will only contain the transistors and the 3 to 8 decoder with an enable bit ( latch ? ) and all the other parts will be on the driver board, shared by all the other matrix modules... 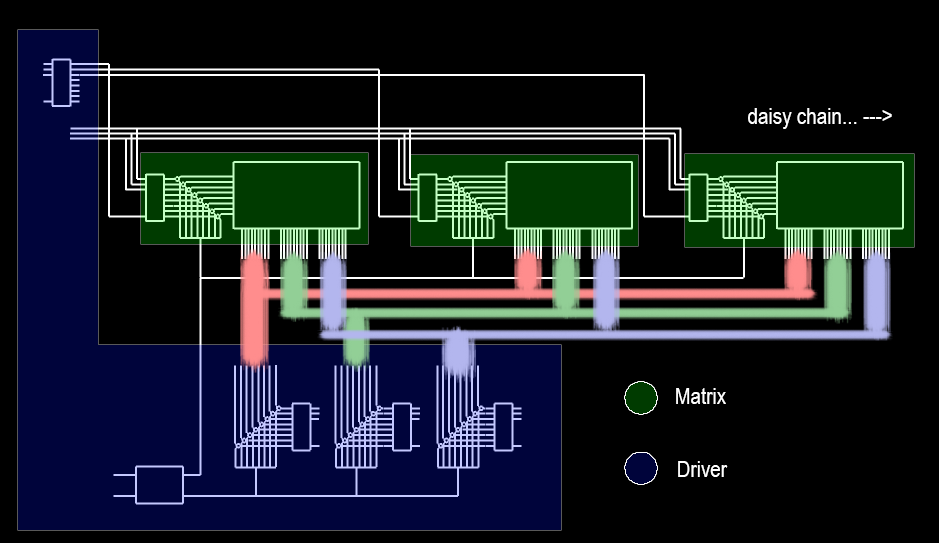 Much shown, but I hope it helps to imagine / understand my original problem / question. 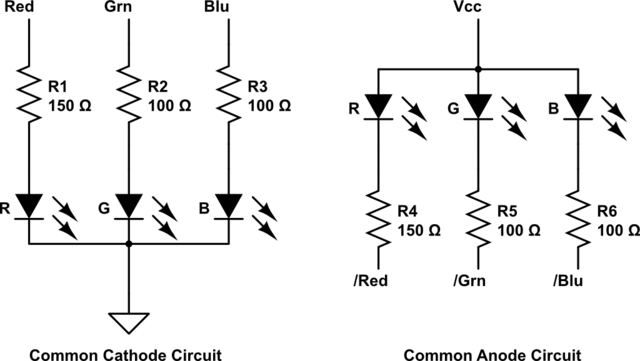 When looking at the connections for common Cathode / Anode LEDs you can see that once you connect the common node appropriately (i.e. Vdd/Gnd) then you just need to drive the RGB lines High for Common Cathode and Low for Common Anode to illuminate the LEDs.

UPDATE: If (as OP states) you're prepared to wire-link the common node to Vdd or Gnd then you just need to make the RGB drive signals selectable positive/negative logic (i.e. 1= ON or 0=ON).

You can do this easily with an XOR gate or a MUX. 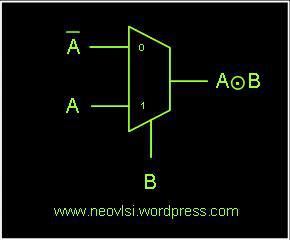 Here the MUX selects line selects A or !A to so you can drive common Cathode / Anode respectively.

Looking at the XOR version you can see B is inverted if A=1 .

Not the answer you're looking for? Browse other questions tagged led switches opto-isolator or ask your own question.