Can a passive network have a transfer function of more than Unity gain for some frequencies? Can you give an example? Thanks.

Assume that you have a passive network taking power from a source and delivering to a load.

So according to conservation of energy, output power can not be greater than the input power. So there can be no power gain.

But you can have more voltage or current delivered to load than that is provided by source. But not both. Transformer is such a network. I don't know if any other circuit can do this.

A passive filter or passive system is a NON-Powered circuit used for the filtering of a signal. (Lets say an audio signal for example.) Let's also take unity out of the picture so people do not get confused with Overunity terminology which we all know is not going to happen with this circuit. A passive filter will always have some sort of attenuation in dB no matter what it has in it because there are losses in the circuit since no power is being added by way of amplification. Amplification can NOT be added without the input of power somewhere, so, the system will not be considered active, even if there is use of a diode. The diode will output more voltage if used than the rms ac voltage. All diodes have different conduction characteristics, so, the level of voltage will always be a bit different at it's output when changing the diode or the type of bridge used.

I'm not too sure what the question or topic refers to here other than maybe voltage gain, utilizing the term "unity gain" in a mistaken manner. First off, unity gain's definition is " A device or setting which does not change signal level (amplify or attenuate the signal) is said to be at “unity gain.”

So, it's best or easiest to say that the term "Unity Gain" is the matching or leveling of an audio signal... it really does not have anything to do with gains, it is basically the elimination of difference in a signal (usually an audio signal). The Unity Gain refers to using either metering or using the ears to detect an audio signal, and then the user matches the levels so they are in unity with each other at a matching sound level.

When we add any type of passive filter, there is always some amount of attenuation, that is because of the losses in the filter components, which is always the situation unless the filter is active, then the circuit may have an amp built in, which could give a gain of several dB of gain. Gain is normally raising the voltage at the preamplified side of a signal to give a higher output on the load side of an amplifier, but, in this case, the question seems to be related to an ac voltage, not an audio signal.

Here is what I think the question should read. "If I add a bridge rectifier to an ac circuit, would there be a gain in voltage at the output? And, the answer is yes.

A DC voltage does not have a Positive and Negative sine like the AC waveform does, which , the AC waveform comprises both an upper and lower voltage wave which gives us a Peak To Peak voltage, that is then converted to dc with the rectifier. The peak to peak has more overall voltage in it's rms measurement than the same voltage given in a dc circuit. So, when we rectify say 110 VAC, we should get somewhere around 155 to 160 volts DC as an output due to the ripple voltage that's left over from the chopped up Peak to Peak wave . A filter capacitor would need to be used to control the ripple voltage, and, by using different rectifiers or say a half wave vs a full wave rectifier, the output will be tremendously different since the wave is being cut off at a specific interval.

It is not abnormal for us to get a gain in voltage with a simple rectifier circuit, however the power(wattage) in the circuit from AC to DC has to be the same, minus the losses in the bridge rectifier or whatever rectifiers and passive components are being used. The only difference in the output that may be or not be desired is the frequency changes, that is if the passive filter is or is not correct for the application.

Passive filtering is normally used to cut off lower, higher or set a bandpass of frequencies for audio components that are only meant to be used within specific frequencies. Example the passive filter for a subwoofer will be added in the output of an amplifier between the amp and the sub to cut off all high pass activity over the recommended frequency response of the subwoofer. We could use an inductor for a 6db per octave passive filter., cap and coil for a 12db, etc. When it is an active filter, the filter is normally added within the preamplified side of the amplifier or it's input side. The signal is modified before the amplification and it normally adds a variable gain to reach the desired matching input of the amplifier since signal input voltages are all different and this is done to reach the desired output without signal clipping which causes burning in the voice coils of the subs.

Again, the question is quite out there because it is using signal terminology for an AC sinewave instead of an audio signal and it pretty much makes one wonder whether or not you are using the term "unity gain" in place of "voltage rise" or a rise in voltage due to ripple.

The argument here really comes down to whether diodes count as passive components - the most frequent definitions say they are active. Some academics like to argue about it.

If you allow diodes, there's actually a really good answer to this question - the common rectifier.

Passing any frequency or number of frequencies into a passive diode rectifier creates an over-unity gain at the frequency of exactly zero hertz, without any active component. Or, at least, any directly controlled component.

If you allow the definition of passive to include the most basic piece of a crystal oscillator, the same is true going from a DC to (at least one) AC frequency.

The passive voltage divider also can have more than unity (AC) voltage gain if you replace one of its resistors with a negative differential resistor (e.g., a tunnel diode). 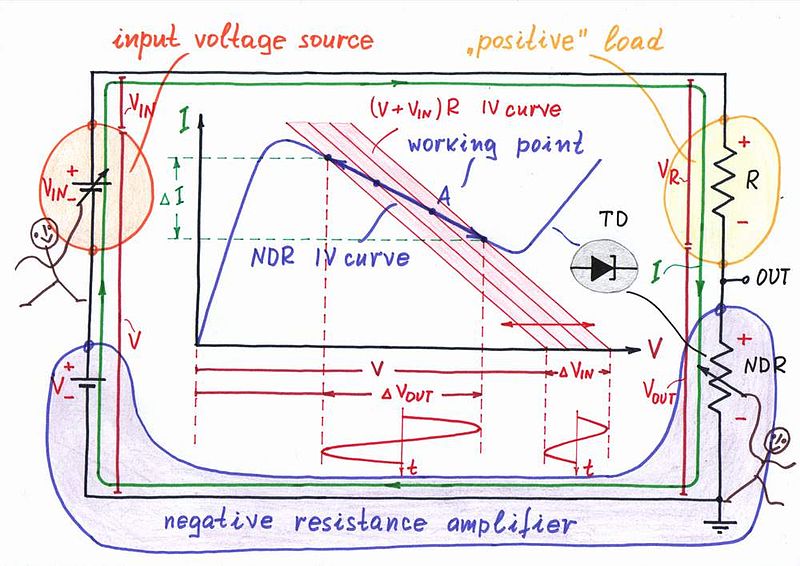