How should I design a schematic component for a component library?

This is my first time making schematic components, of which I will then be making the footprints for PCB designs. I'm using KiCad.

I don't know the best "layout" for the components I'm making. For example, some component libraries seem to bunch different connections together logically (e.g. Power and ground pins are next to each other, microcontroller ports are placed next to each other in order etc.) and then you get components where they have just randomly drawn any old shape and put the connections anywhere.

For example, these two components I've picked, the connections are in groups (note that this is a direct screenshot of one schematic page, I haven't resized either image): 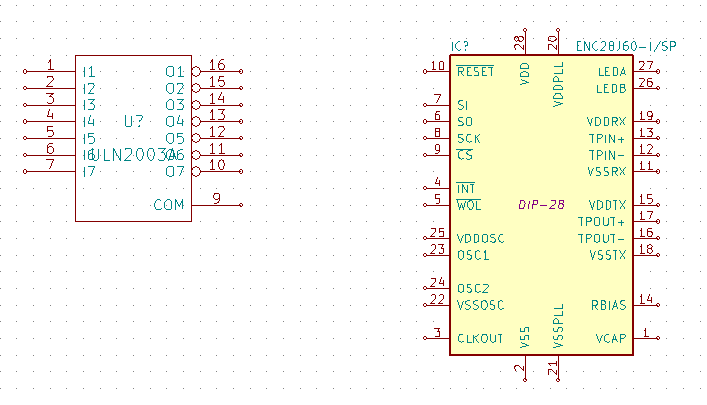 I generally want signals to flow from left to right, so I put inputs on the left of the box, and outputs on the right. Power connections (if shown) go on top, and power (again, if shown) on the bottom edge. The box must, of course, be tall enough to show all the pins, but only needs to be wide enought that the pin names don't overlap. I would usually put the reference designator and part type above the part, not inside it.

Spacing of pin/signal groups, as in your right example, can be helpful in separating functions on a part.

It really depends on the designer.

The schematic symbol is something that is visually useful for you. A jumbled set of pins will have the same functional effect as a set of pins that is more organized. It's entirely up to you.

For instance, when I create a component, about half the time, I'll create the symbol as what's presented in the datasheet. It makes verifying the component pins against the datasheet slightly easier. But I'll also create an alternate view where I group similiar inputs together and group the outputs togethe such as the image below. 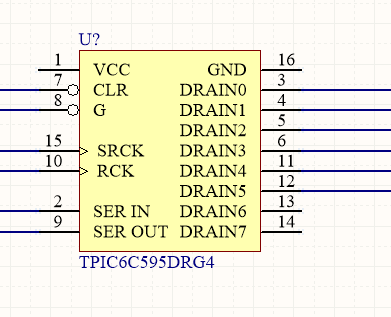 On other occasions, if the part has multiple sub components like a quad AND gate, I'll just have the logic symbol without any box around it.

Other times, I'll have the pins arranged like in the datasheet, but I'll include a visual representation of the circuitry, such as an opamp, so I know what the function of a particular pin is, and any other pins associated with that component.

I do these various methods, for one reason. Readability for myself or someone else looking at it.

So the answer to all your questions is - it's really whatever best works for you. What makes it easy for you to connect your wires, so that your schematic looks cleaner and more readable.

Not the answer you're looking for? Browse other questions tagged pcb schematics kicad or ask your own question.

20
Industry Practices for Schematic Design?
5
How to find a footprint?
3
When using gEDA some components are ignored by the ratsnest. How should this be handled?
2
Component libraries for schematic and layout design
0
How should I connect / design this tactile push button on PCB & schematic?
0
Designing footprint for LFCSP CP-8-13 what should be the pad size
0
Passive Component ratings displayed on schematic - Use actual value or design requirement value?
0
Component case size and spacing for ESD protection circuit
7
How should I deal with KiCAD Electrical Rule Check warnings?