I am interested in learning more about how SPI works in general, but with the raspberry pi and py-spidev library in mind. I am very technically savvy, although not so much on the EE side of things.

I am attempting to communicate to a piece of equipment via SPI and have been given only a spreadsheet with some information regarding the byte commands and timing. I have already determined that the SPI mode is 1, clock speed should be 300kHz, and word length is 8 bits. A snapshot of the command sheet is seen below. They should be joined end-on-end.

I have attempted to communicate using the py-spidev library and have seen some hopeful numbers (I think). Example:

I am under the impression that this should turn ON the digital pot, which it does not. However, I do see the values [3, 0] returned, which leads me to believe that something is happening.

I am really at a loss for how to proceed and would love references to good tutorials/descriptions.

After finally receiving my Saleae Logic Analyzer, I have an update. It appears the chip select pin isn't working? Does anyone have tips for debugging this on a Pi specifically? 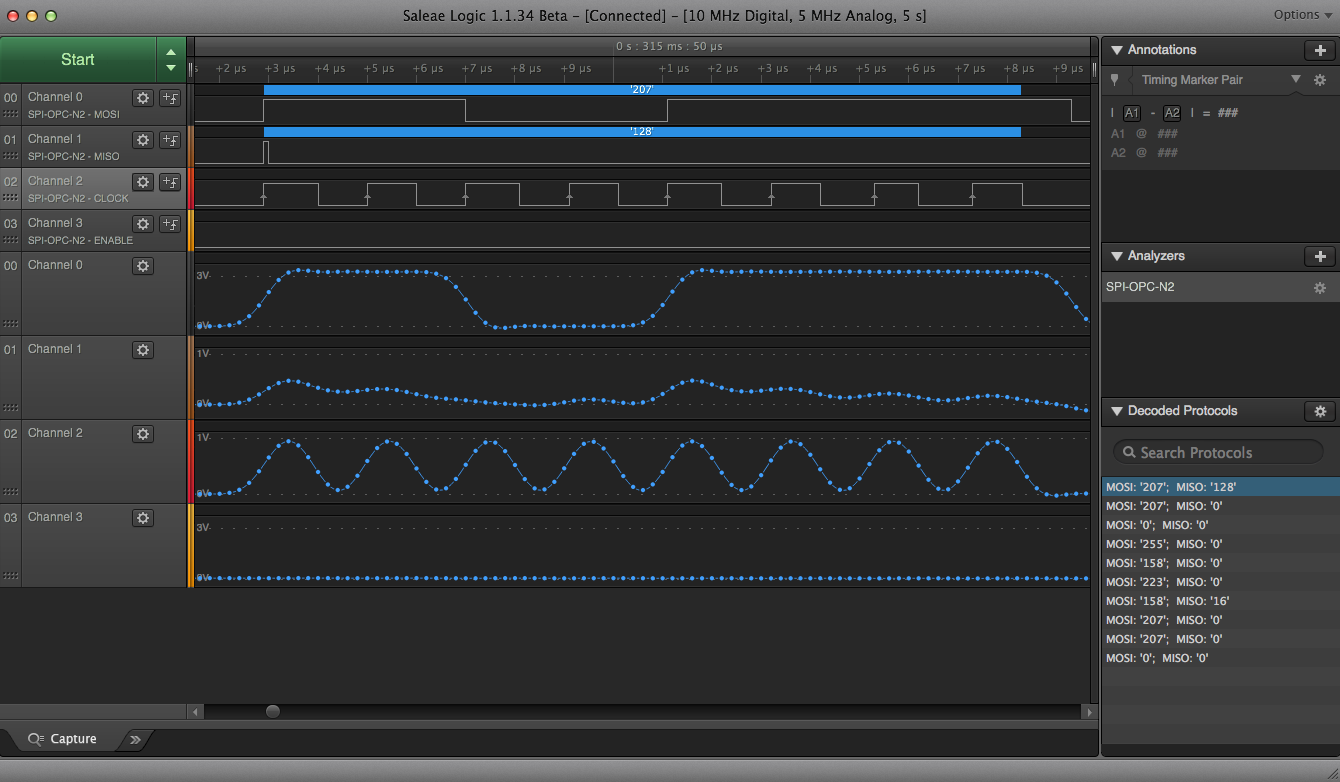 With spi devices, you need to shift something out in order to get something back.

So here is a possible solution, shift the command byte, then the 'bytes out' then some zeroes equal to the number of bytes you want back. Here is the example array to send:

Try that, and try it also without the first one. After the transfer the array should have 0xf3 and 0x03 in the last two bytes

Not the answer you're looking for? Browse other questions tagged spi raspberry-pi or ask your own question.